Event Announcement: Presentation of the Country Report and Roadmap for Digital Agenda advancement in North Macedonia

“Digitalization in all spheres and for all social groups (without exception) is an effective mechanism for improving the well-being of citizens. This means improving the electronic operation and greater efficiency of institutions, organizations and other social entities. The need for digitalization became even more evident due to the COVID-19 pandemic, as it pointed to the urgent need for mechanisms, tools and adapted regulation for better organization and a fully functioning society. Thereby, the so-called “Digital gap” became evident, i.e. the differences between the citizens in the initial positions regarding access to the Internet and to the appropriate electronic devices, and hence the differences in the levels of their digital skills/literacy.” 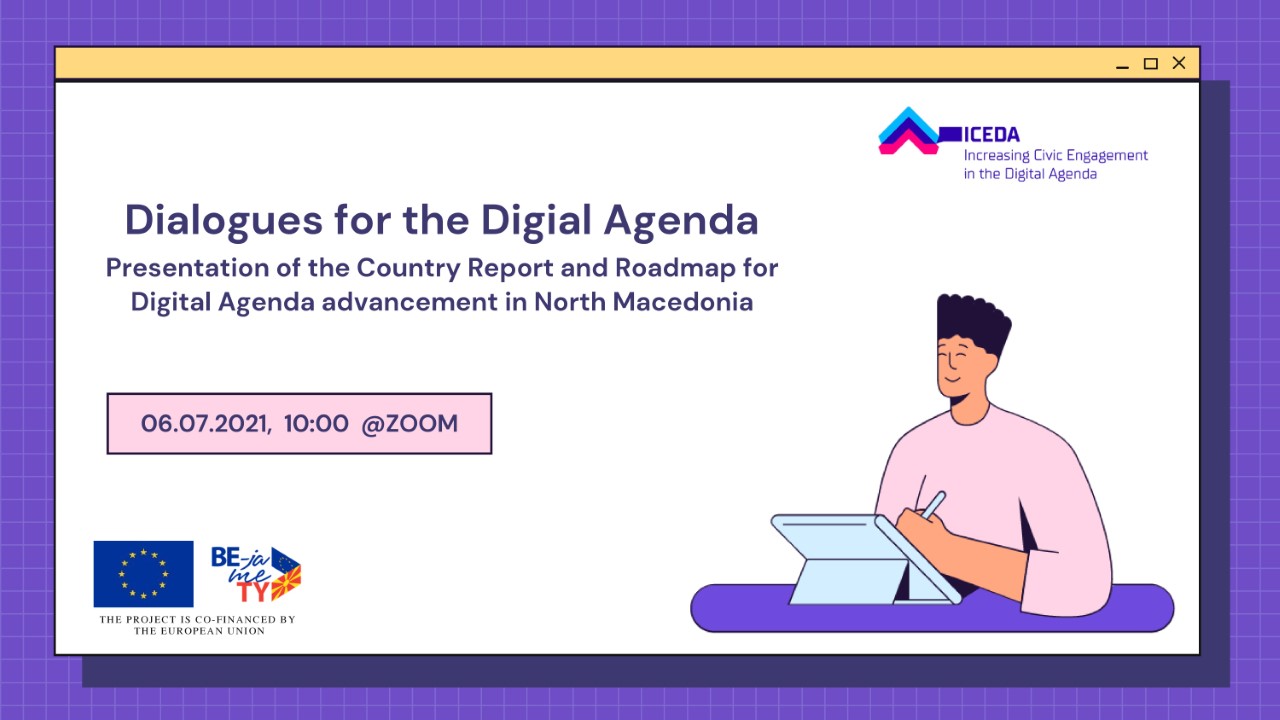 The event will consist of a brief presentation of the research conducted within the Observatory of the Digital Agenda in North Macedonia conducted by the Metamorphosis Foundation as part of the project, and it will serve to develop a discussion on the challenges and next steps for better implementation of digitalization in North Macedonia.

The following individuals are expected to participate as speakers at the event:

The event is open and is expected to be attended by representatives of institutions, civil society organizations, media, citizens and all other stakeholders. All interested parties are invited to fill in the registration form: https://forms.gle/z5umvQsyN3SpxXrQ9

Upon completion of the event, all registered participants will receive links that will lead to the conducted research and the prepared visualizations, through which they can further obtain more information on the current state of implementation of the Digital Agenda in North Macedonia and use the information appropriately in their research or articles.

Note: The working language of the event is Macedonian. The event will be broadcast live through the Facebook Live tool on the Facebook profile of the ICEDA network. 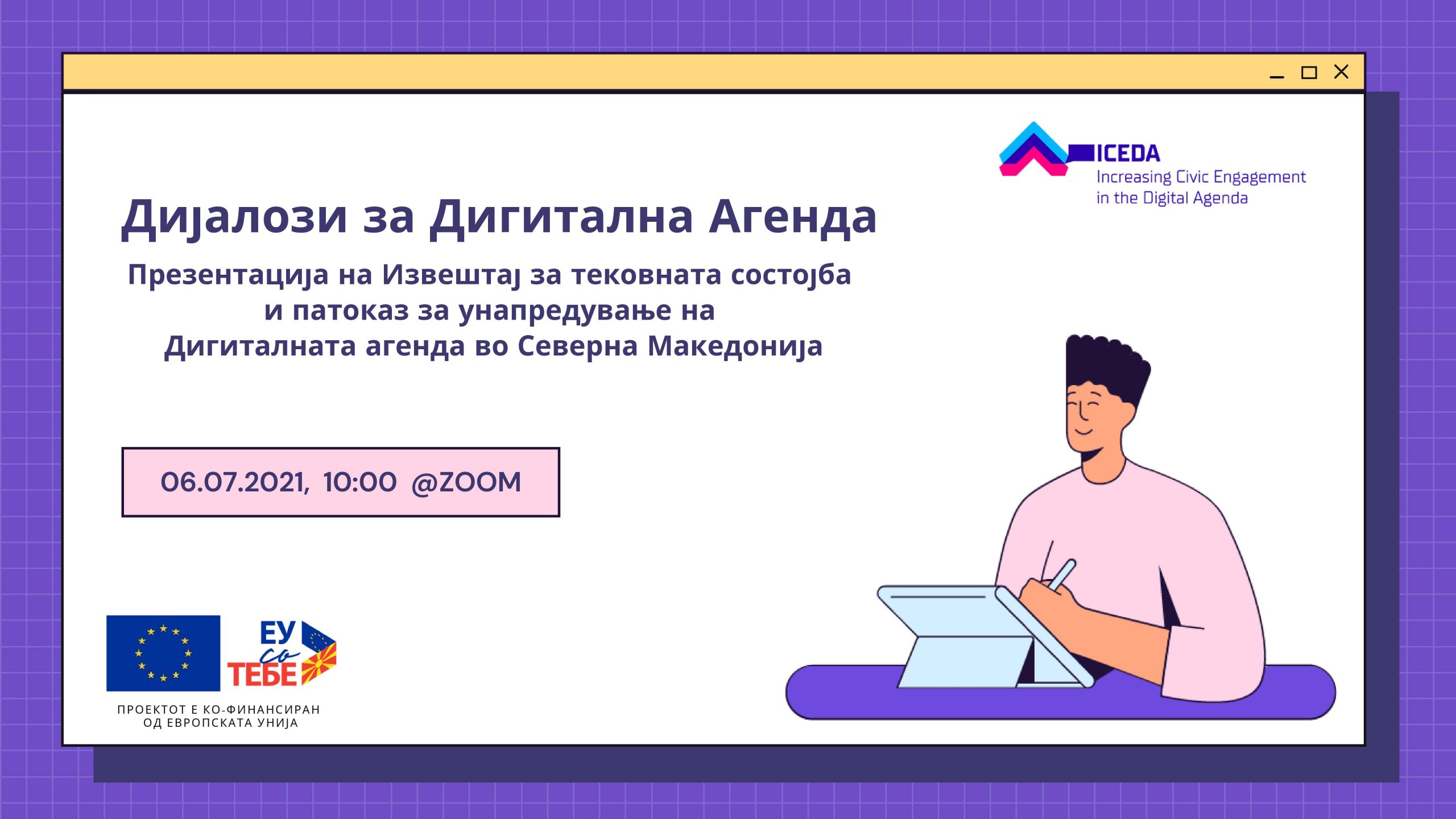 Artificial Intelligence (AI) is ‘’an area of software engineering that helps humans do their tasks better by automatization”. Serbia adopted its national AI Strategy for the period between 2020 and 2025. North Macedonia…

Visualization – How does e-governance ensure transparency?

“Portalb: What steps should you take to obtain an electronic birth certificate” – News Agency Meta.mk