IT’S A FACT! – a movement for raising public awareness to combat disinformation

The global phenomenon of spreading fake news is composed of various forms. Misinformation: unintentional mistakes such as using an inappropriate photo description, incorrect dates, statistics, inappropriate translations or satire that is taken seriously. Disinformation or fabricated news: manipulated audio and visual contents deliberately created to spread conspiracy theories or rumors. Malinformation: knowingly disclosing private information that is of personal or corporate interest and not of public interest. 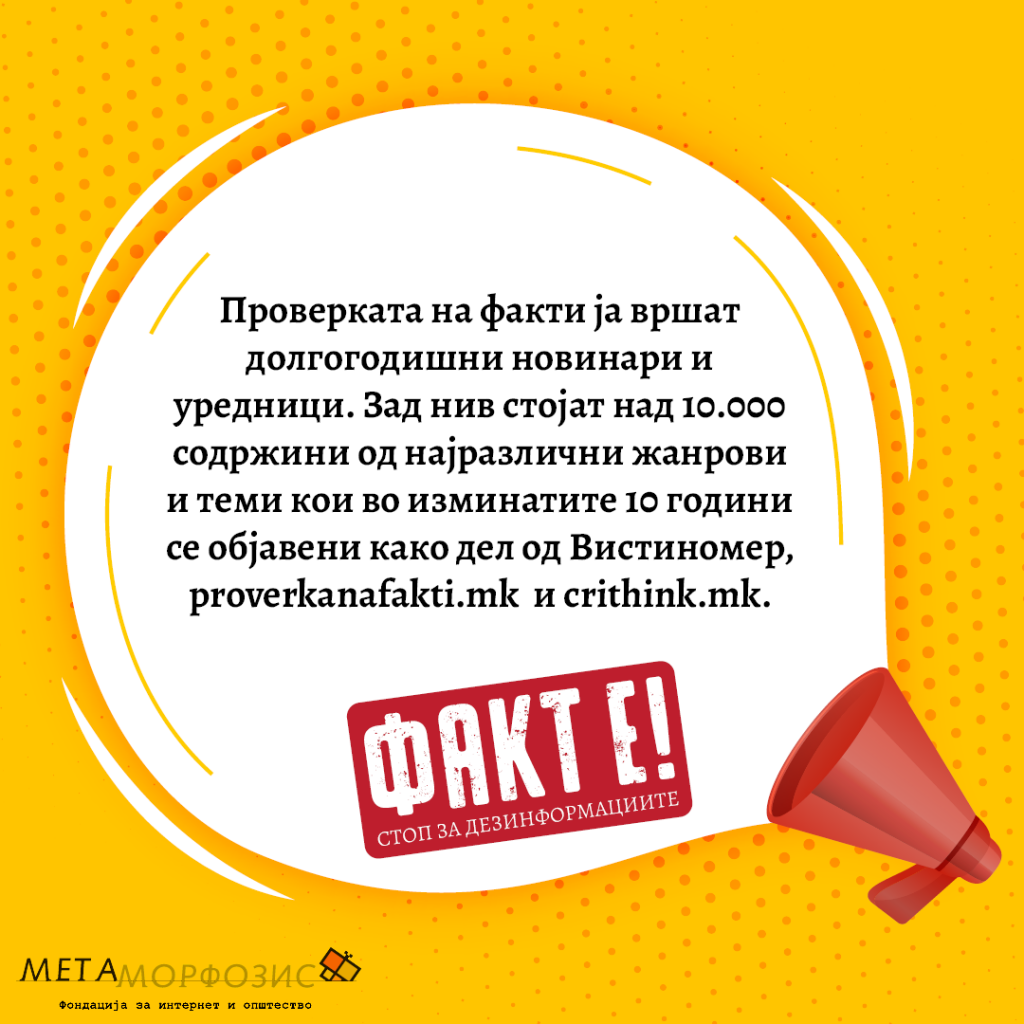 Whatever the form of fake news, the goal is the same, to paralyze the democratic process through fragmentation and polarization of the society, creating confusion and uncertainty about the reality and facts that support it, and undermining the trust in the integrity of democratic processes and institutions.

Encouraged by the rapid spread of disinformation, the negative effects it has on citizens and society as a whole and the various ways to detect and prevent it, we at the Metamorphosis Foundation have launched a movement to raise public awareness to combat misinformation, using the best way to achieve it – providing the truth by checking the facts.

Through IT’S A FACT! – a movement for raising public awareness to combat misinformation we are committed to:

If you also believe that the truth is important, you can join the movement for raising public awareness to combat misinformation. You can express your interest by filling out the following form, and we will inform you about the following activities through which we will jointly promote this movement.

Our activities regarding fact-checking, disinformation, critical thinking and media literacy can be found at: https://vistinomer.mk/ , https://crithink.mk/ , https://proverkanafakti.mk .