Today, October 13th, at our request, a meeting was held between Metamorphosis Foundation and the Ministry for Information Society and Administration (MISA). The meeting was about presenting the project Increasing Civic Participation in the Digital Agenda – ICEDA, co-funded by the European Union, in which MISA is an associated partner, to the new Minister Jeton Shaqiri.

The meeting was attended by MISA representatives among which the Minister Jeton Shaqiri and Elena Mancheva – Advisor to the Minister of IT Support and a member of the Advisory Body of Experts of ICEDA, while representatives of Metamorphosis present at the meeting were Bardhyl Jashari – Executive Director and Mila Josifovska Danilovska – Program Manager for Social Accountability and Human Rights Online. 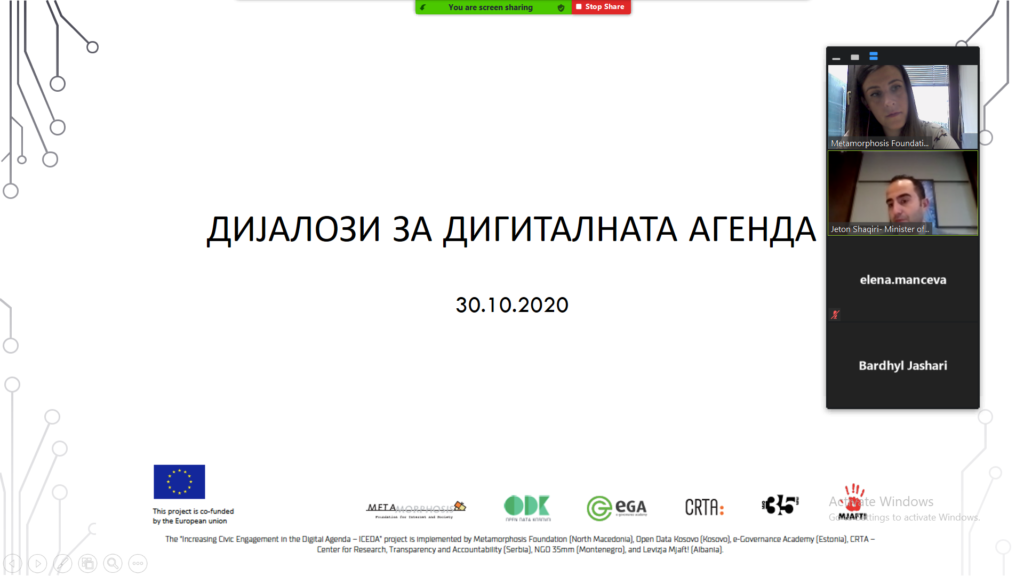 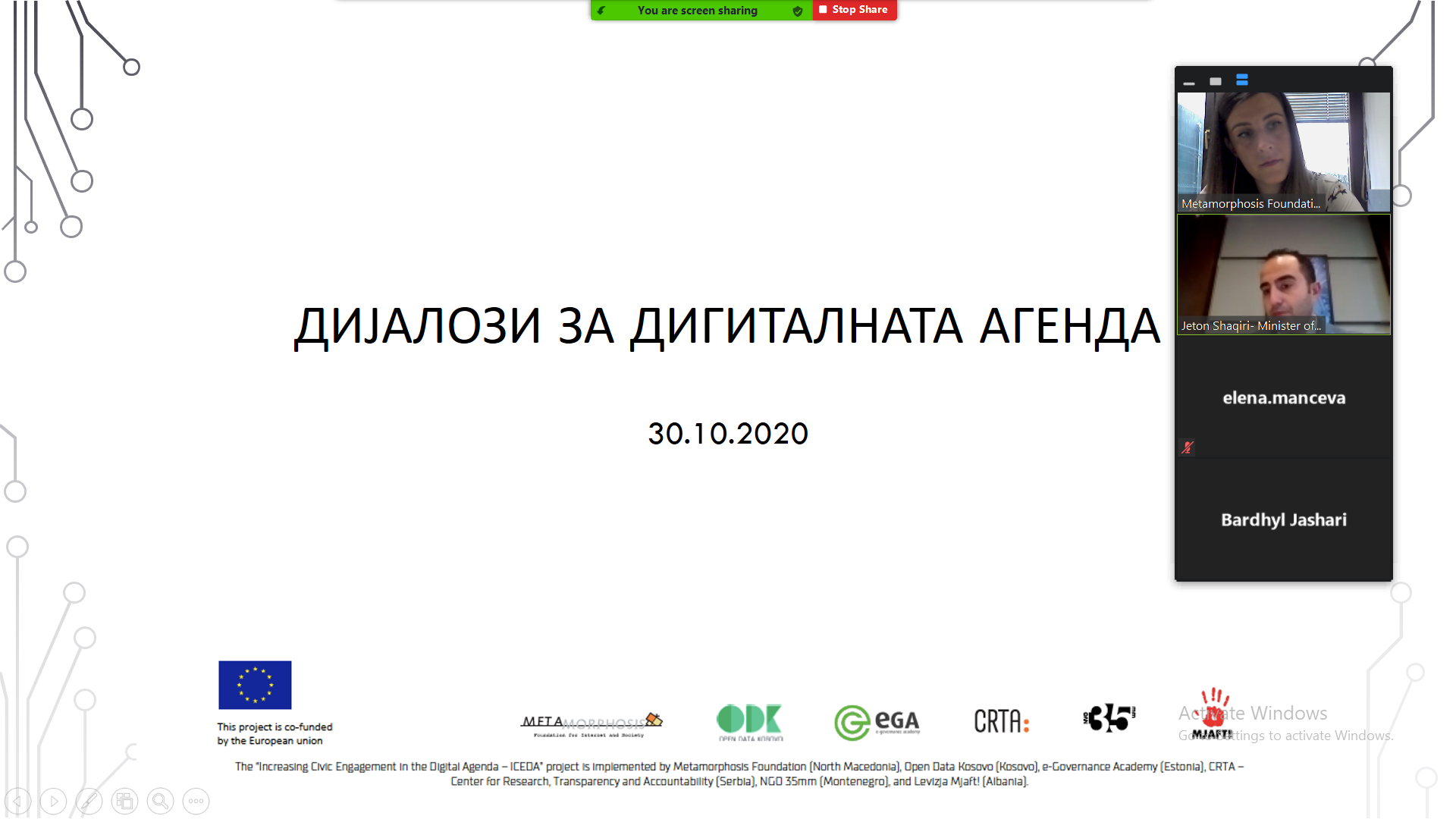 Announcement for Call for applications