Metamorphosis part of “Freedom not Fear 2020” 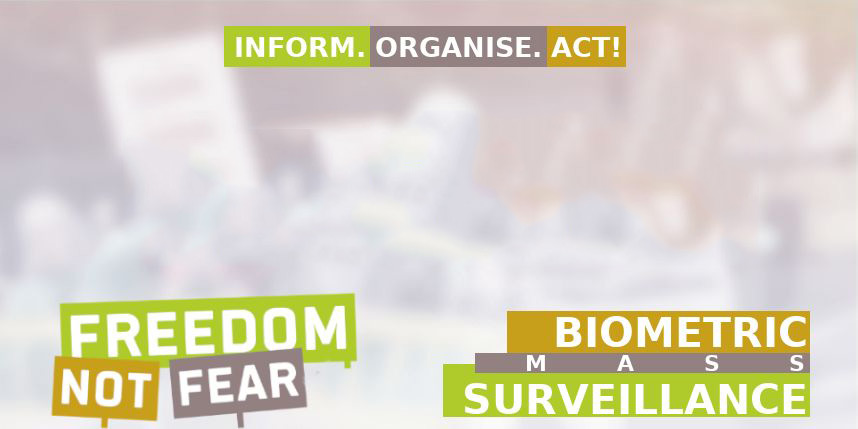 “Freedom not Fear” is an initiative that connects civil society organizations and individuals who believe in the idea of ​​digitalizing the world, freedom of speech opposed to censorship, privacy over surveillance, freedom not fear. This year, the focus of “Freedom not Fear” was the mass surveillance of citizens using their biometric data. Any monitoring, tracking or other types of surveillance that is performed on the entire population or a larger group of citizens, and is not aimed at a specific person for a specific purpose is discriminatory and contrary to the principles of privacy protection. The challenge is even greater when during the mass surveillance processes the biometric personal data of citizens are processed, i.e. data related to the human body or behavior, such as fingerprints, palm prints, face recognition, voice, manner of movement and gestures.

The Metamorphosis Foundation from Skopje and the SHARE Foundation from Belgrade were the creators of the session “Uncertainties: Biometric Mass Surveillance in the Balkans”. Two cities, Skopje and Belgrade, are in different stages of implementing the “Safe City” project. While Skopje awaits clarification of the goals and how cameras operate throughout the city, Belgrade is slowly becoming the first city in Europe where the entire territory is under biometric mass surveillance. In both cases, citizens know almost nothing about the implications of using this technology. Although at different stages of implementation, both countries face the same challenges when it comes to the justification, objectives and scope of use of such systems.

In Skopje, the “Safe City” project was presented for the first time in 2012 when the installation of 100 cameras on the streets, intersections, certain bridges and other strategic places in the city of Skopje was announced, which would aim at traffic safety and dealing with other crimes. Today in Skopje there are over 650 cameras, and the purpose of using the system provided in the Law on Road Traffic Safety ambiguous and leaves room for different interpretations. The responsibility for the system is divided between 4 institutions, a fact that opens a series of issues related to access, storage and use of recorded materials. From the aspect of privacy protection of the citizens, Metamorphosis holds the stance that the transparent information for the citizens is something that should be provided by the institutions as soon as possible. In this sense, citizens should be acquainted with the justification of the need to use the system for biometric mass surveillance, the exact locations of the cameras through explicit marking, what exactly is being followed by the surveillance system, how the recorded materials will be used, who has access to the recorded materials and perhaps most importantly, which institution is ultimately responsible for managing the system.

8000 cameras have been installed in Belgrade, which puts the entire territory of the city under biometric mass surveillance, and all information related to its functioning is classified, and thus inaccessible to citizens. After the fierce reactions of the civil sector, the Ministry of Interior of the Republic of Serbia adopted a Rulebook prescribing the manner of recording and marking the cameras that are part of the system. What remains unclear, however, is the initial assessment of the need to use this system, its reliability, access to recorded material, number of cameras and their cost. SHARE Foundation shares the same view with Metamorphosis in terms of transparency, i.e. providing open and unambiguous information to citizens on the overall functioning of the biometric mass surveillance system.

Mr Wojciech Wiewiórowski, European Data Protection Supervisor, also addressed the event who encouraged CSOs to continue to fight against countries’ decisions to introduce biometric mass surveillance systems. According to the European Data Protection Supervisor, the focus of the problem is on the importance of mass processing of biometric data in our societies and how it can affect existing differences and discrimination. Every country should seriously ask the question whether this way of surveillance corresponds to its concept of democracy, freedom, equality and social justice.