Representatives of Macedonian civil organizations, journalists and the general public, starting from today can easily and simply analyze the electronic public procurements via the new web app openprocurement.mk. This is only one of the four open data web apps which were promoted by the Foundation Metamorphosis in the EU Info Center in Skopje.

Besides the public procurement system, created by the civil organization ICT for changes from Tetovo, a web app that analyzes the economic benefits Macedonia gains from the IPARD program was promoted as well, which has been created by the Institute for Rural Development of the Communities – IRRZA and can be found on irrza.mk.

The third web app ratemy.bar was created by the ZIP Institute from Skopje, and its goal is to detect positive and negative practices in the places throughout Macedonia which serve food and beverages.

And the Coalition “All for fair trials” created an app for easy data access gathered in the long-term direct monitoring of the proceedings in the Macedonian courts which can be found on otvorenosudstvo.org.mk

These four projects have been chosen as most inventive and most useful at the Open Call for Open Data Project Support, which was published in June last year by the Foundation Metamorphosis within the project “Network of civil organizations for open data”, implemented by the Foundation Metamorphosis partnered with Open Knowledge, and supported by the British Embassy in Skopje. The British ambassador, Charles Edmund Garret, who attended today’s event and was the first to give a feedback for the promotion of the web apps, said that the open data are new area that has a direct influence towards the citizens, but it needs to be additionally researched.

“Open data have direct influence towards the everyday decisions that people make in a very significant manner. These apps that were promoted today via this project will change people’s lives. I am very satisfied by the results achieved by the teams”, Garret said.

Bardhyl Jashari, the director of the Foundation Metamorphosis says that the trust between the citizens and the institutions will strengthened through the open data, and that will lead to strengthening the democracy.

“This project directly contributes to the realization of Metamorphosis’ mission and that is supporting and contributiing in improving the quality of life among the citizens, and these four apps do exactly that. This project is very important in times when the trust towards the public institutions is on a very low level. The project leads to strengthening the citizens’ trust through opening of those institutions”, Jashari says.

The Foundation Metamorphosis, as a result of the community of open data built within this project, is working on another web app for comparison of activities of politicians and political parties on social media, more precisely Facebook.

This app is already in the process of creation and will be completed by the end of this month. The goal is to see the behavior of the politicians on social media in election period.

The project spurs the civil organizations, media, and individuals who urge changes, to understand and use the official government and other open data with a goal to increase the government’s responsibility, improving service giving and increasing the civil involvement in policy creating.

The target group will acquire new skills which will help in locating, downloading, processing, interpreting, and analyzing of data with a goal to find evidence, to create visualizations and to pass stories with which will enforce their arguments whilst urging for better services and policies. 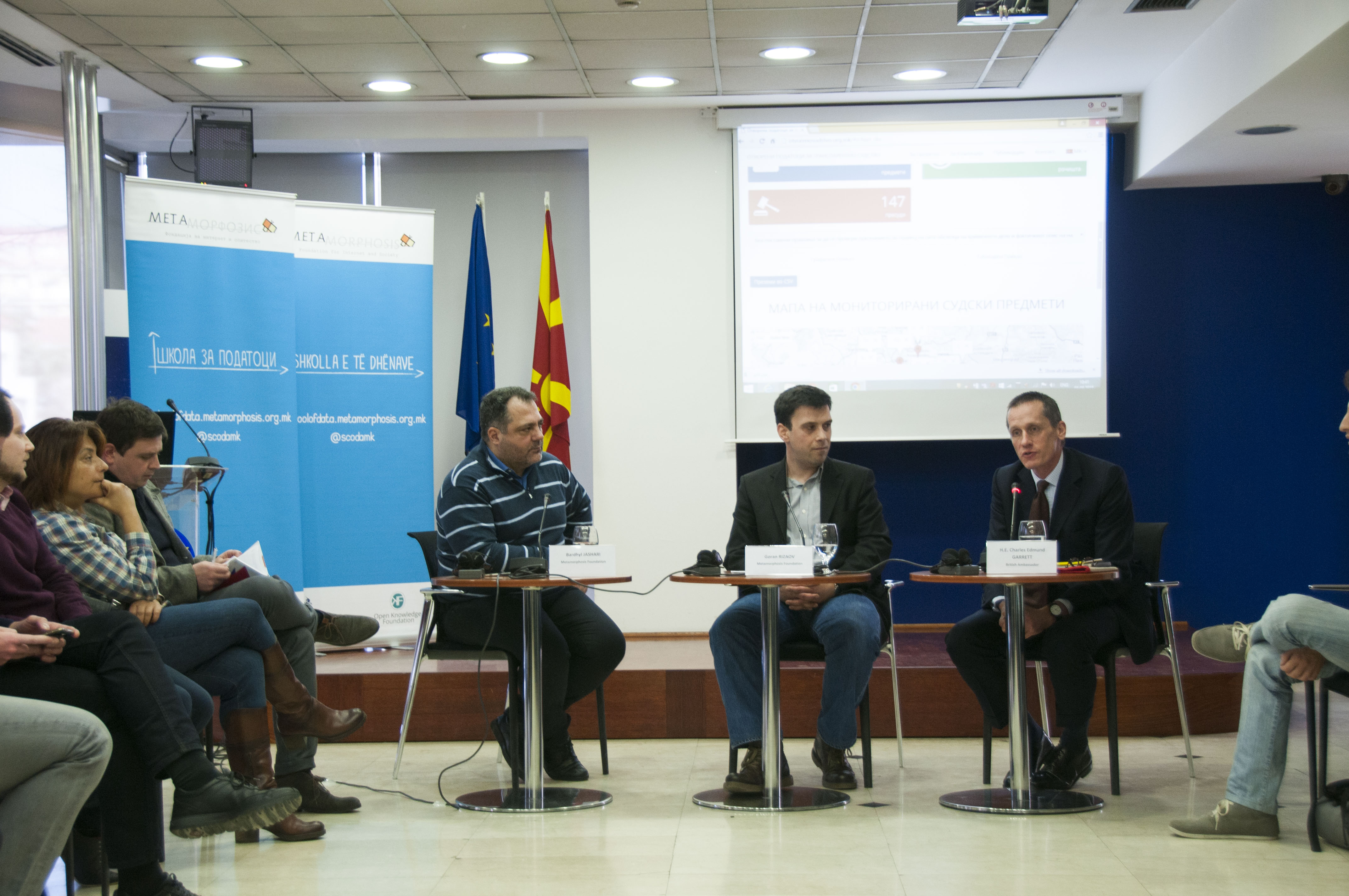 The web applications were created by IKT za promeni (IT for Change), All for Fair Trials Coalition, the ZIP Institute and IRRZA.