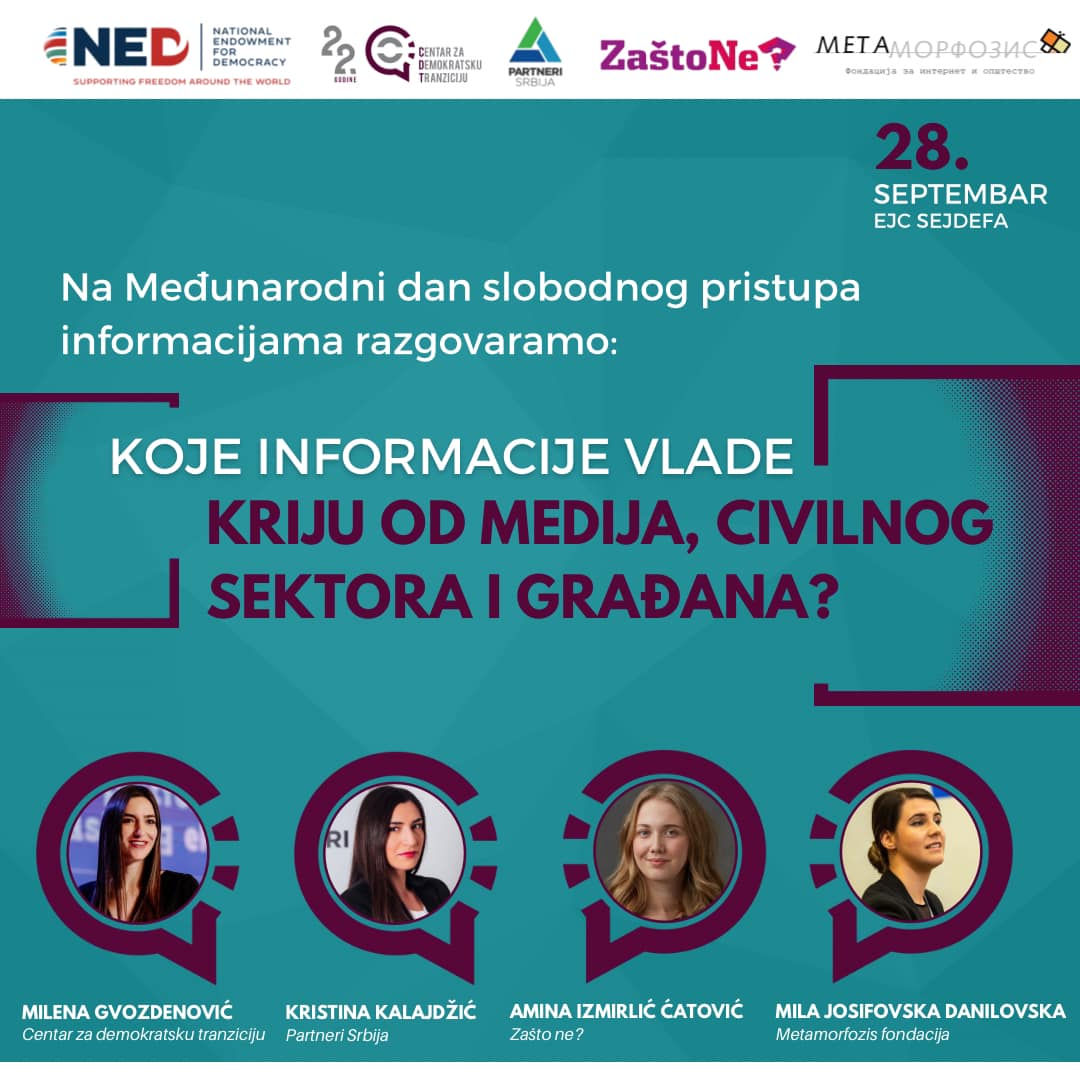 Policies of openness and transparency require reform governments and vocal advocates in the highest state and social positions.

This was announced at the conference “The importance of respecting the right to free access to information for the openness of the state administration” organized by CDT on the occasion of the International Day of Free Access to Information, with the support of the National Endowment for Democracy (NED).

The researcher and representative of the organization “Partners for Democratic Changes of Serbia” Kristina Kalajdzikj stated that there are no strategic documents in Serbia that regulate the policy of openness of the public administration.

“Serbia has undertaken various obligations within the framework of European integration. The tendency is to formally fulfill all these obligations, possibly to pass some laws and strategies, but there is no improvement in the implementation,” said Kalajdzikj.

She said that it is crucial to change the awareness of civil servants and that it is necessary to involve proactive individuals.

As Kalajdzikj announced, in the coming period it is necessary to involve the citizens and create an active community.

“For us, it is a small glimmer of hope that we got a new parliament that is multi-party, which was not the case with the previous one, and now we have higher expectations. We expect that in the coming period they will deal much more with what is the actual role of the parliament”, said Kalajdzikj. 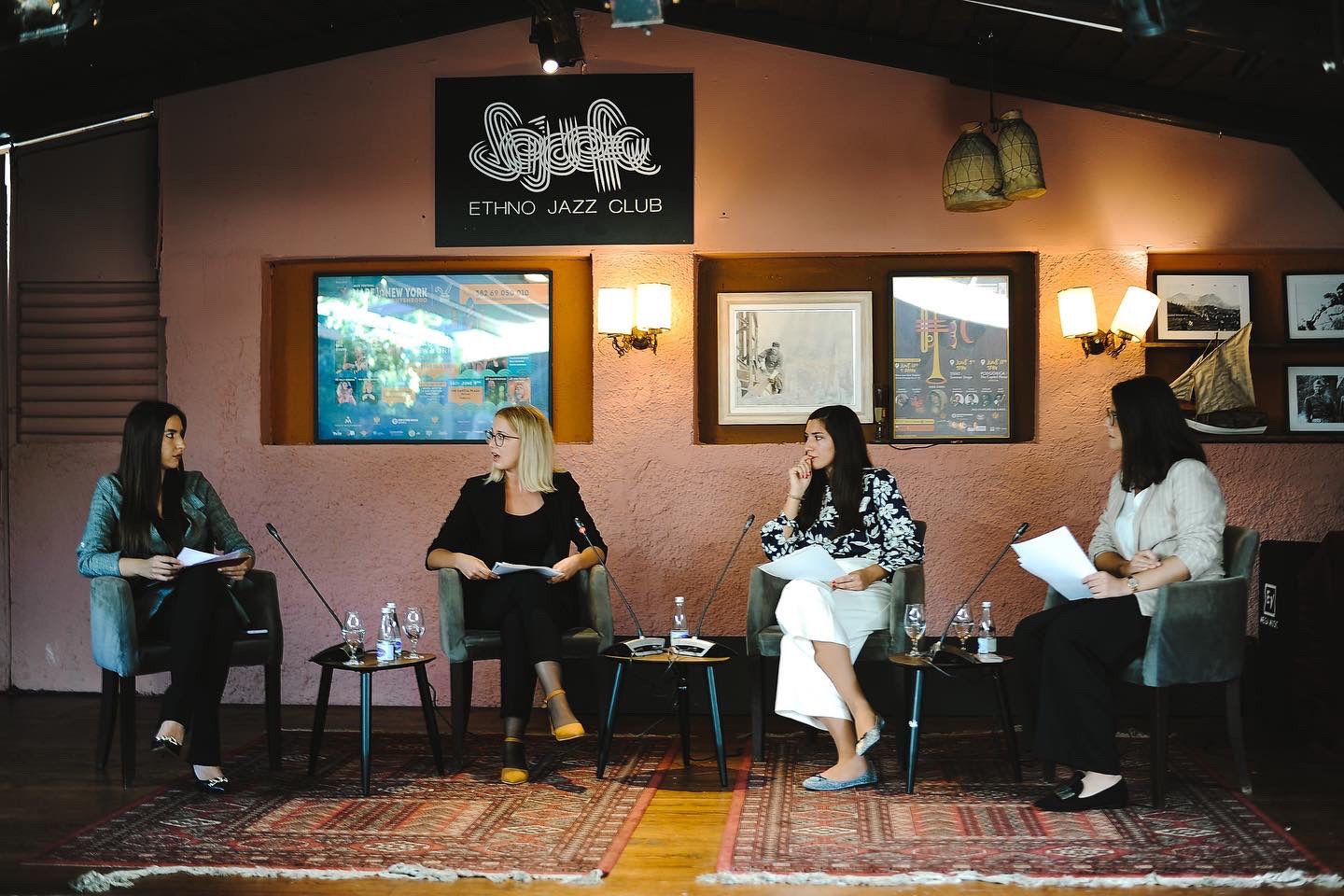 The research of the citizens’ association “Why not?” Amina Izmirlikj Kjatovikj announced that there is no policy of openness and responsibility in Bosnia and Herzegovina.

“We have a big gap in openness between the various institutions, we cannot say that a policy of openness is being applied,” said Izmirlikj Kjatovikj.

She said that a favorable political climate is necessary to establish accountability and openness of institutions.

“The situation in Bosnia and Herzegovina in the previous mandate was complex. We encountered obstructions as well as blockages by the legislative and executive authorities. For some changes and building responsibility and openness, we would need a favorable political climate, and the next elections are a potential chance. This requires political will and preparation, to start with the drafting of regulations that are clear and understandable and that will primarily be applied,” said Izmirlikj Kjatovikj.

Mila Josifovska Danilovska, Program Manager at the Metamorphosis Foundation from North Macedonia, emphasized that one of the basic prerequisites for realizing the rights of citizens is increasing trust in the institutions, that is, greater responsibility of the institutions.

“Thanks to our activities within this project, the Government decided to regulate and promote institutional openness through a special strategy. Unlike other countries, North Macedonia is the only country that made that decision, which is a great achievement for us,” Josifovska Danilovska explained.

She stated that the Strategy was also recognized by the European Commission in its report as “one of the main pillars of the public administration reform”. However, Josifovska Danilovska points out that the stagnation in the implementation of this strategy is evident and that half of the activities have not been fulfilled.

“Our recommendation is to expand this strategy and adapt it to the social context and political conditions,” said Josifovska Danilovska.

She agreed that political will is an important factor for a functional public administration, and it is important to recognize the good practices of previous officials and civil servants and their implementation in the future.

Metamorphosis Foundation is happy to invite you to the 18th edition of the international conference e-Society.mk which will be held between the 6th – 7th od December 2022, on the topic “Cyber Resilience…

Meeting between Metamorphosis and the Agency for Electronic Communications

Metamorphosis Foundation at the “Digital Skills for Civic Engagement” conference