The Second Periodic Monitoring Report of the Media Reforms Observatory project was presented on 6 March 2018.

This report monitors the implementation of the Urgent Reform Priorities (URP), set by the EU, in terms of Freedom of Expression and follows four areas: During the presentation, the floor was taken by: Fisnik Shabani, from Agora – Center for Civil Values Promotion, talked about the process monitoring methodology, whereas Filip Stojanovski from Metamorphosis Foundation presented the findings of the Second Monitoring Report. While sharing the experiences from working on investigative stories, Kristina Ozimec from PINA – Investigative Journalism Platform, emphasized that there are some improvements, but there is still room for enhancements. She suggested upgrading of Central Registry’s online application so journalists can access it without spending time and money to go to the Registry’s offices in person. Zoran Fidanovski, representative of the Council of the Agency for Audio and Audiovisual Services (AAAS) pointed out that he agrees with some of the assessments in the report, but he expects the announced changes regarding the implementation of these reforms to happen. He disagrees with the assessment that there are no improvements concerning the Defamation and Insult area, because the number of charges pressed against journalists on this basis has been significantly reduced. In addition, he inquired how and which sections of the Law on Free Access to Public Information will be amended, and asked whether a penalty measure is projected for a functionary that consciously will delay or stay silent regarding a request for access to public information submitted by journalists. Dejan Georgievski from the Media Development Center (MDC) discussed the state of affairs with the media legislation. With regard to the reforms in the public broadcasting service, he said that they require more time and more resources. Georgievski stressed that the country needs sustainable media system that will be able to develop WITHOUT subsidies. He deems that the dynamics of the reforms implementation does not follow the expected pace. The event was moderated by the project coordination Zoran Andonovski, editor-in-chief of Meta.mk News Agency.

The next periodic report, which will follow the reform implementation in January, February and March 2018, is expected to be published in the middle of April 2018. 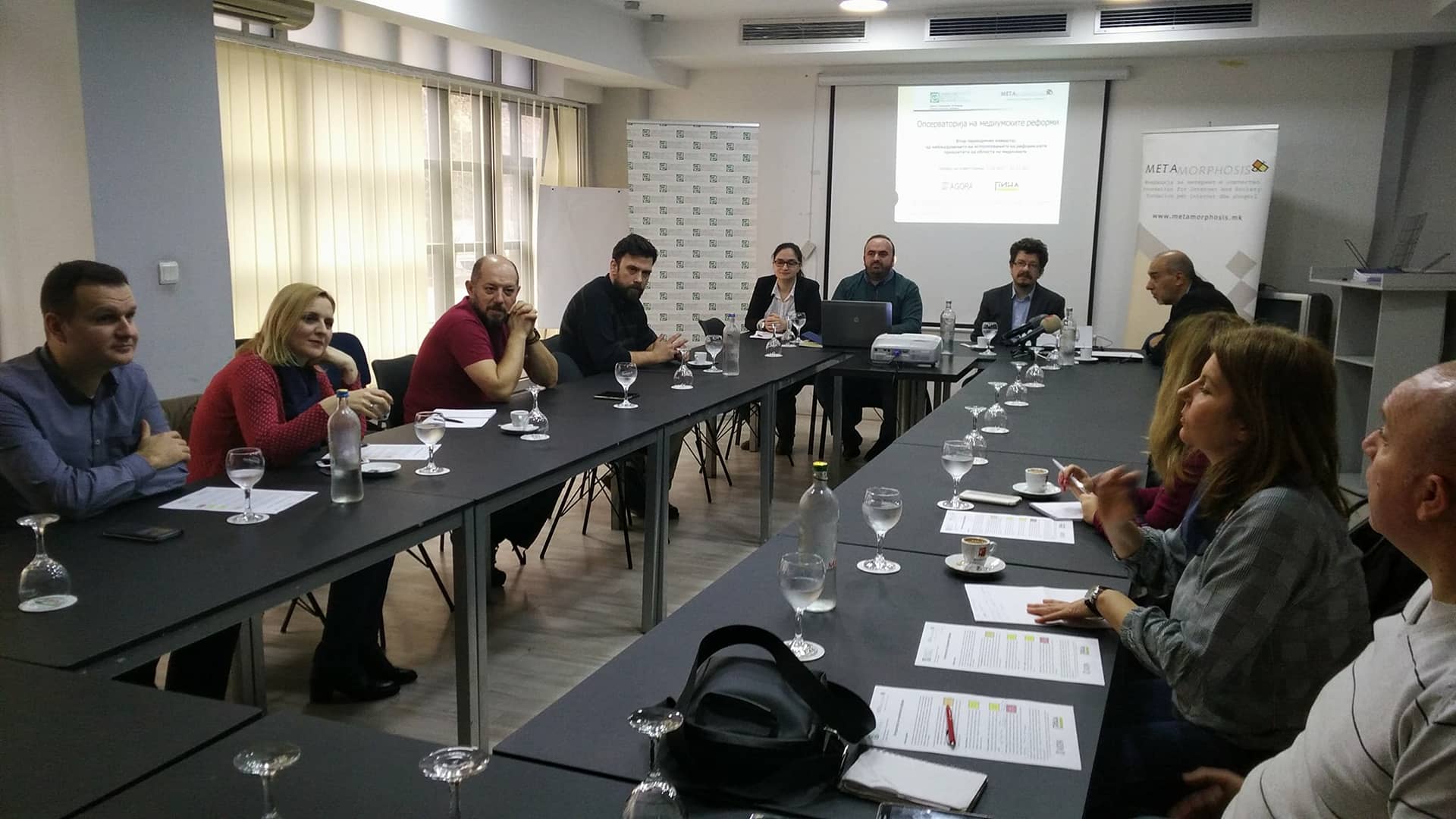 MRO Report and Debate: implementation of Media reforms continues to be slow

If we were in high school, then the country for the reforms in the media sector in the past period would mostly be assessed with a grade between C and D for what…

Presentation of the Third Periodic Monitoring Report for MRО2