Investigative article: In the IT sector, the gap between men and women is almost non-existent – Meta.mk News Agency

Unlike other sectors in the Macedonian economy, the IT sector stands out with the fact that the gap between men and women is almost non-existent. In some industries, such as digital marketing, the ratio is 50 percent women versus 40 percent men.

Over the years, the number of women graduates in formal education is on the rise. If in 2013, 86 students graduated from the Faculty of Electrical Engineering and Information Technologies (FEЕIT), last year their number reached 144. The situation is similar at the Faculty of Computer Science and Engineering (FCSE), where seven years ago there were only 17 female graduates, and last year 81 female students graduated. 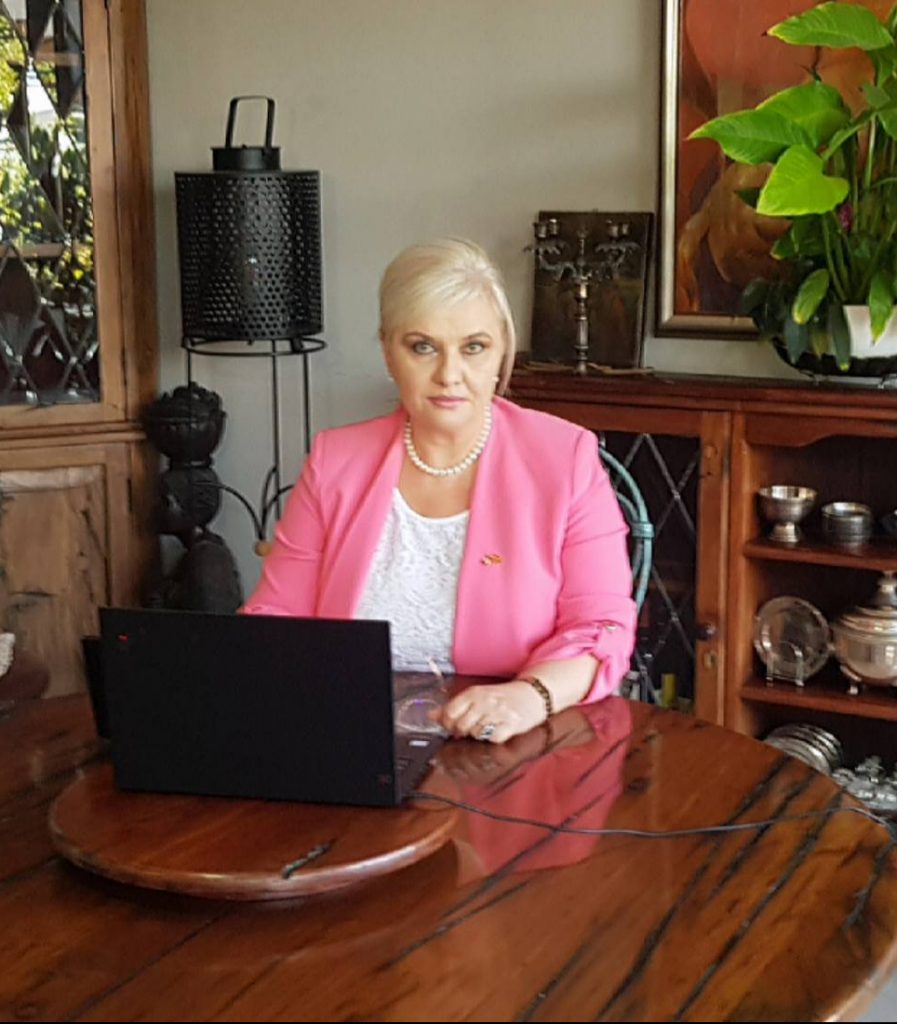 Тhe fact that numbers are going up is confirmed by the president of The Chamber of Commerce for Information and Communication Technologies – MASIT, Aneta Pesheva. In a statement for Meta.mk, she says that when she was enrolled at faculty, there were only 4 girls, and their number now is almost half of the total enrolled students.

As she points out, our country is one of the few that has an average of 36% women in the IT sector, which is similar to the situation in Romania and Bulgaria – one of the most developed IT countries in Europe. “The number of women in the IT sector is more than satisfactory, and our country can be proud of that. I am very pleased with how the story of this industry unfolds in our country. The numbers speak for themselves,” Pesheva said.

“If we manage to continue with this trend, the country will have something to be proud of. That is why I constantly suggest that girls and women enroll in studies related to the IT sector because it offers them a more secure job. At the same time, they become independent, and thus economic security brings equality, “- said the President of MASIT. 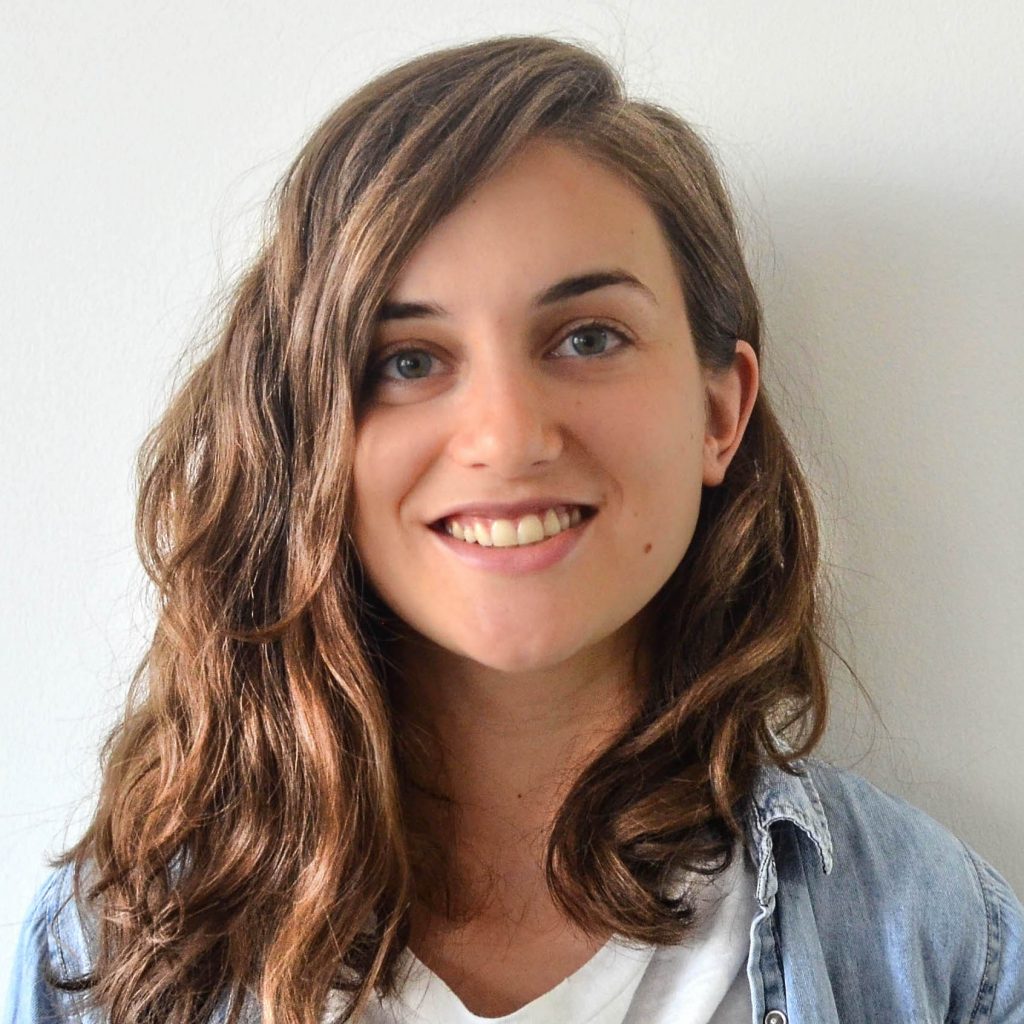 Women in Tech Macedonia, an organization that works to reduce the gender gap in the IT sector and informing the girls about the industry, believes that in the future the public will witness more women in the field of technology. “Every year more and more girls are enrolled in technical sciences, and there are many academies that do a great job of promoting the options in the industry to young girls, but also to women who are considering retraining. On the other hand, the needs for technological staff in Macedonia are constantly increasing and employment is relatively easy for anyone who has acquired skills in the field through formal or informal education,” said Katerina Trajcevska for Meta.mk.

Following the number of girls who each year decide to study engineering and computer science compared to other faculties, Trajcevska believes that the situation in our country is far better than in other countries.

“Unfortunately, I think that this is due to the lack of prosperity in the other industry branches, and not to a real desire to work in IT, which is not a real solution to the problem. The IT industry around the world, and even here, is facing staff shortages. That is why it is an excellent time to start a career in this field, and the opportunities for work and advancement are far greater than in any other industry.” – she added.

According to Trajchevska, the key problem when it comes to the number of women in the industry is the perception of engineering as a male profession and the lack of information to the contrary. She had a similar experience when choosing a field of study, and was on the verge of, as she says, “wandering” in a profession that would probably not be suitable for her, just because of the lack of information about all the opportunities available to her.

In the country, apart from formal education, many organizations organize courses, but also annual academies related to studies in the IT sector. Some of them are Brainster and Code Academy, with whom Meta.mk talked about this topic. Both organizations say that there is almost no gender gap in their academies, women as men are equally interested in upgrading knowledge through academies in the IT sector.

The Brainster team says that more and more women are joining their team, both as lecturers and in other areas. From the very beginning, at the Brainster Academies, they’ve noticed that the so-called gender gap doesn’t exist, but on the contrary, where it existed, was more often in favor of women. 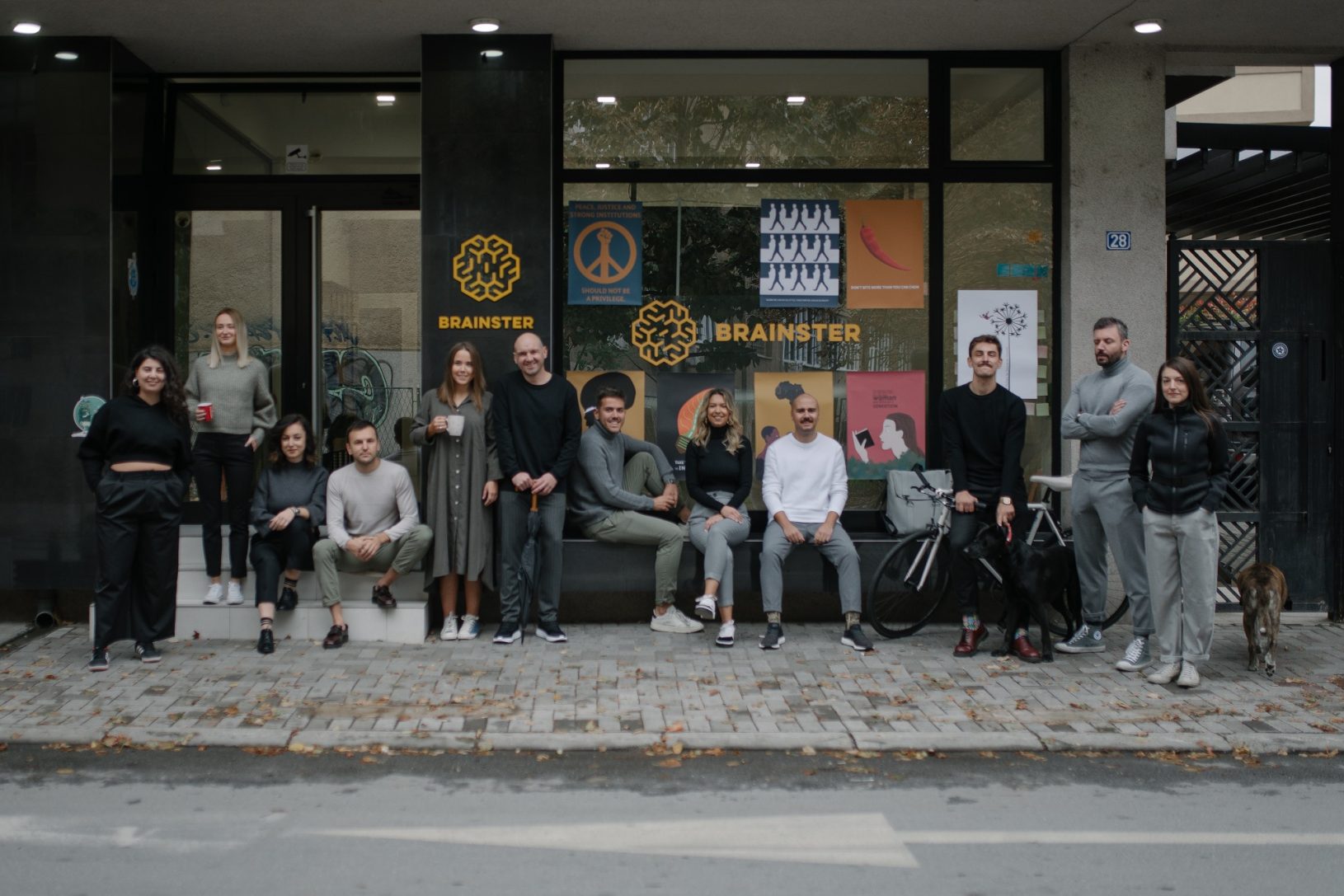 “The Academy of Digital Marketing has always been dominated by women, in the beginning in a ratio of 70-30% in favor of women, in recent generations the ratio is approaching 60-40%. At the Academy of Graphic Design, there is also more female students, although not as much as in marketing. Programming academies have a fair balance, so if in the first years the number of men was higher, now in almost every generation we have balanced groups, especially in front-end programming academies. The balance is stable at the Academy of Data Science, already 4 groups, while at the Academy for Software Testers, in the eight groups formed so far, the number of women is noticeably higher. At the latest Academy for UX / UI Design, the first two groups were quite balanced, and it remains to be seen for the future groups,” said Darjan Radenkovic from Brainster.

Marija Ilovska, HR Consultant & Manager at Code Academy, says that the gender gap is almost non-existent. The approach to work and results are important, not gender, says Ilovska.

She points out that in recent years there has been an increase in women’s interest in the academies and programming courses offered by Code Academy.

“The percentage of women programmers in IT companies is significantly increasing. In some IT companies I can definitely say that the percentages are 40% – women, 60% – men, which is an excellent percentage,” said Ilovska.

The survey of it.mk, conducted in 2019 where a total of 1,135 IT professionals took part, of which 856 were developers and programmers, shows the differences in the representation of women and men in the sector, including the difference in salary.

The biggest difference is seen at programmers, developers and SYSAdmins, where men are represented by 80 percent and women by 19 percent. The situation is similar with designers, where only 27 percent of them are women and 72 percent are men. There are almost equal numbers in the digital marketing industry, where women are more (55 percent) than men (44 percent).

Apart from the fact that the professions in the IT sector are highly paid for our standard of living, they also bring with them the flexibility in terms of working from home, which in conditions of a pandemic is a big advantage. When Meta.mk asked Brainster and Code Academy Academies whether these factors will be crucial moments due to which transfers from other professions to the IT sector can be expected, they said that the transfer took place “on a large scale” before the pandemic, and it only accelerated the process.

“Over the past 5 years alone, more than 3,000 people have passed through our Academies in search of a new or better career in IT and digital fields, and along with the courses that number is over 8,000 people. The pandemic has definitely accelerated this process, so over 800 students have enrolled in Brainster this fall alone,” Radenkovic said.

Iloska from Code Academy emphasizes that the flexible working hours, the opportunity to work from home, to have more time in their everyday life, as well as the reduced risk of being left without work in case of a pandemic and other unpredictable situations, additionally motivates women to apply to the Academy and decide to study this type of technology, regardless of whether they would choose for formal or non-formal education.

“The flexibility to work remotely will definitely affect the choice, but in our environment for a long time to come, the main motivators will be working in a more creative and progressive environment, career opportunities, building a career resistant to future changes and of course the financial aspect, which in the IT and digital industries still remains far above average,” Radenkovic said.

However, with the emergence of the coronavirus and the declaration of a pandemic, this sector also felt the consequences. Inability to visit clients, a significant decline in sales performance, as well as problems in securing production resources, are some of the negative impacts that MASIT highlights in its study of the effects of the virus in the ICT industry.

However, there is no doubt that this industry which is the driver of changes, even before the pandemic, was aware of the benefits, qualities and advantages of digital transformation and technology. It seems that the emergence of unpredictable situations such as a worldwide pandemic will only emphasize the need for faster digitalization of societies, which will increase the demand for professional staff.

Moreover, last year, the Metamorphosis Foundation for Internet and Society and the Association for Progressive Communications within the Metamorphosis project “Promotion, shaping and support of Internet freedoms” prepared a document for gender mapping in the field of ICT in Macedonia.

The research findings are that patriarchal social norms encourage men towards ICT, and the lack of women role models in this area further pushes women towards lower-paid jobs in the economy. Therefore, as stated in the document, it is necessary to promote ICT as a field with professional opportunities for girls and women. To empower women, digital ICT programs must address barriers to women’s access.

‘This Investigative article was produced as part of the project Increasing Civic Engagement in the Digital Agenda – ICEDA, co-funded by the European Union and implemented by the Metamorphosis Foundation (North Macedonia), the Academy of e-Governance (Estonia), Levizja Mjaft! (Albania), CRTA – Center for Research, Transparency and Accountability (Serbia), NGO 35mm (Montenegro) and ODK – Open Data Kosovo (Kosovo). The project is being implemented with financial support from the European Union. 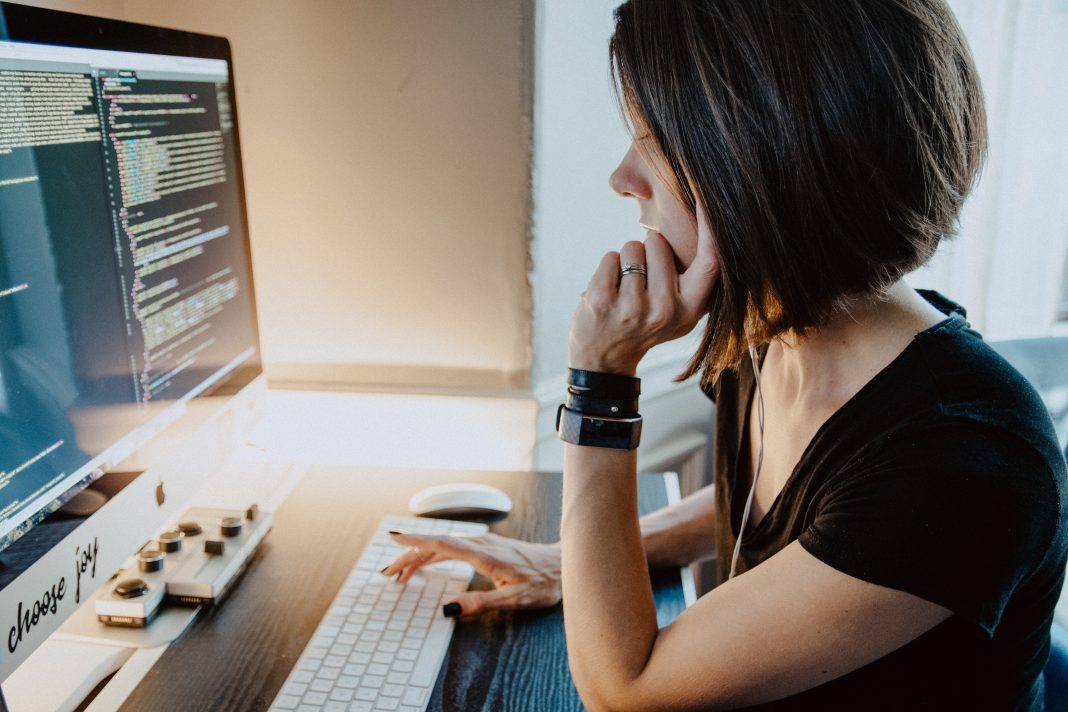