Current legislative solutions on the work of the security services, reflecting the mutual bargaining of the current governing structure and the opposition, do not provide sufficient mechanisms for the effective protection of human rights against abuse by security services, and when it comes to the positive solutions that exist, not much has been done for their implementation. That is why we can only talk about the security sector reforms that have begun and the changes needed to enable greater professionalism, depoliticisation, more substantial protection of citizens’ privacy and more serious involvement of the civil sector in the control mechanisms of these services. All these issues were highlighted at the conference “Models of accountability in the national security system“, organized by the Metamorphosis Foundation and IFEX – World Network for the Protection of the Right to Expression, held today in Skopje.

In two sessions, representatives of institutions, the academic community and the civil sector discussed reforms in the field of national security and interception of communications as an integral part of national security as a whole. The conference is part of the activities that should help develop the methodology for monitoring the oversight of the work of these services.

Reforms must continue with both the Intelligence Agency and military intelligence. The control and surveillance system itself, particularly of the security and intelligence services, is either incorrectly set up or no adequate resources have been provided to properly perform its tasks. This was emphasized at the first session, attended by Magdalena Lambovska from Eurothink, professor Kebir Avziu, PhD, Dean of the Faculty of Law at the State University of Tetovo and professor Marjan Gjurovski, PhD from the Faculty of Security at “Kliment Ohridski” University in Bitola.

The Law on Interception of Communications leaves enormous opportunities for interception of communications without control, the Parliamentary Monitoring Committee was virtually inactive, and the Citizens Monitoring Board could not function properly, the discussion noted. The problem is also the control over the work of the police, i.e. the internal control is wrongly set up because it is under the authority of the Minister, and there are no protective mechanisms for the complaints of citizens, it was further stated at the conference.

“It is almost certain that the state will be negatively assessed when the first NATO inspection happens” – warns Professor Gjurovski.

The second session, attended by Aleksandar Nikolov from the Association Zenith, Andrej Petrovski, from the SHARE Foundation and associate professor Ice Ilijevski, PhD, a member of the Civil Monitoring Council, focused on the work of the parliamentary committees for monitoring the security services, but above all on the Civil Monitoring Council. The inactivity of the committees, as well as the numerous legal obstacles that do not allow proper monitoring of the security sector, was highlighted, and one of the solutions to improve parliamentary control was the urgent establishment of a secretariat, that is, an expert service of the parliamentary commission for interception of communications, which would allow MPs as laymen to perform their jobs more easily. 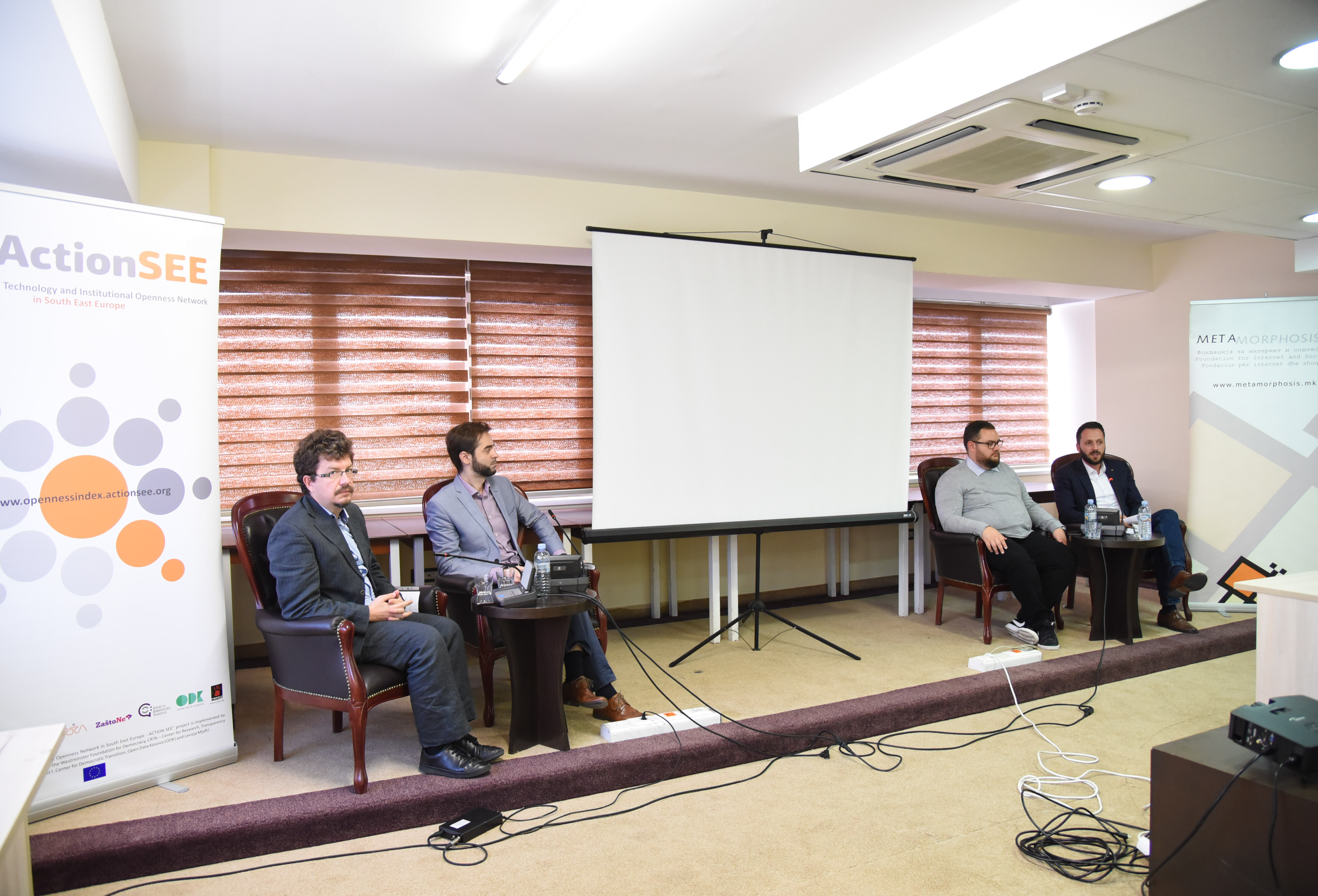 Andrej Petrovski from the SHARE Foundation noted that the security services’ accountability is a regional problem and that legislation follows the development of new mass systems at a slow pace.

“It is not just telecommunications and interception of communications, but also highly invasive video surveillance systems, like the newly installed Chinese equipment made up of thousands of street cameras and face recognition software in Belgrade,” Petrovski said.

It was pointed out that after the establishment of the Civil Monitoring Council, its members have completed all preparatory activities under their jurisdiction, such as the development of internal rules and the Rules of Procedure, but face the challenge of changing them as the institutions require all their duties related to providing administrative, technical and financial conditions of the Council’s work to be further specified by amendments to the Law on Interception of Communications.

“The council is planning to start presenting its function more actively as a body that will, on behalf of the citizens who believe that are being monitored, check whether it is so or not,” said Ilijevski.

Interception of communications is not something only the NSA does, explained the director of the Operational-Technical Agency, Zoran Angelovski, who explained that the Agency he manages has a total of 6 users, including the Public Security Bureau, Customs Administration and the Financial Police Office. He argues that there is no longer any illegal interception of communications, that is, communications are only monitored by court orders, and currently there are 153 such cases. When it comes to the average number of people being monitored by court order it was said that their number was less than 10 without giving a more specific figure.

Angelovski also explained that OTA does not have access to the materials collected in this manner, and as a possible solution to improve control over the interception of communications, he suggested that all the collected materials should be submitted to the Public Prosecutor’s Office, thus allowing the authorities that control the work of the services would have a simpler job, that is, instead of a few places, they would control one place – the prosecution. 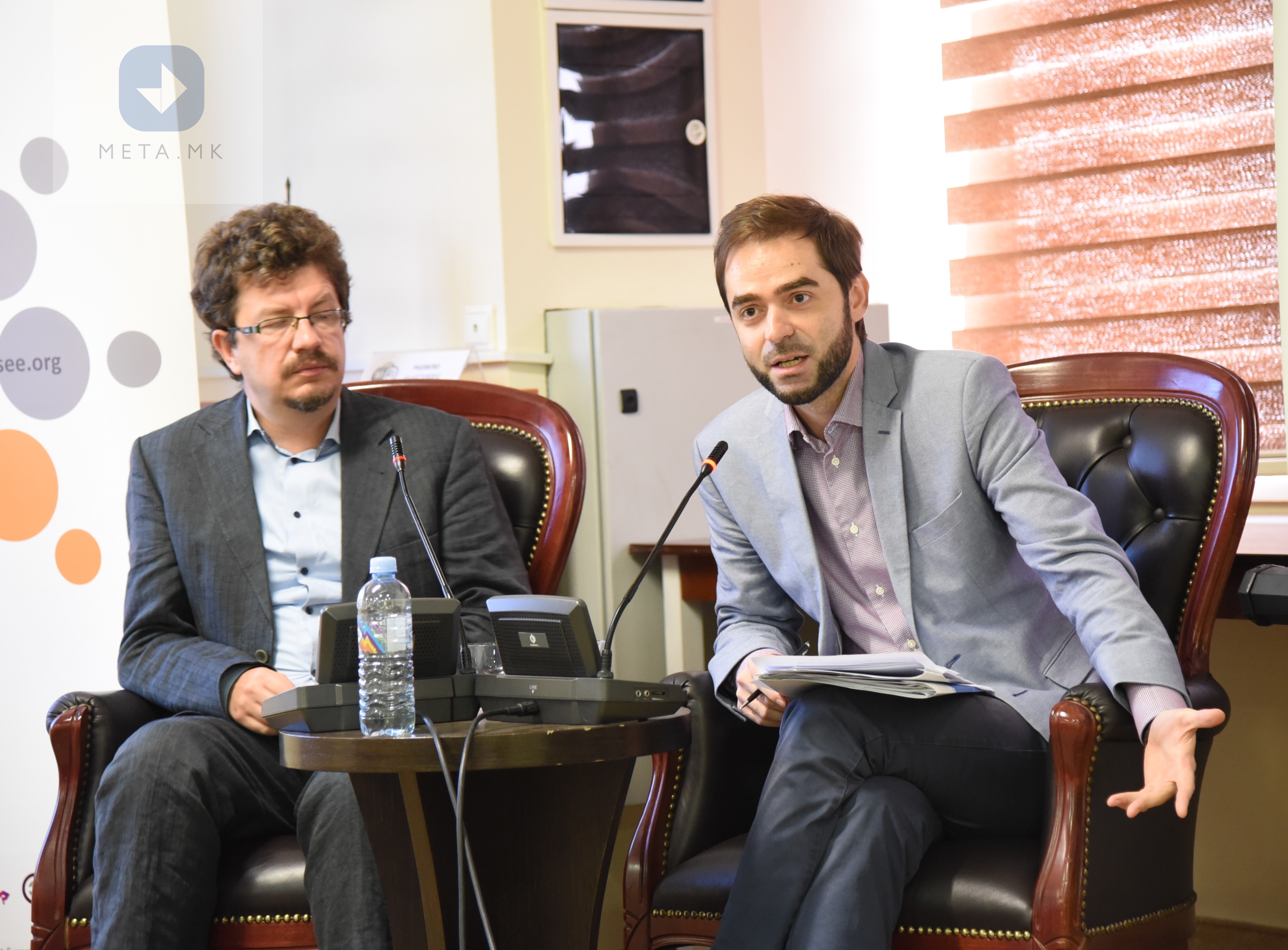