The publication of open data in the country is experiencing quality progress compared to the beginnings eight years ago, but unfortunately, it cannot be said that this is the expected, required pace. Although the numbers are much higher than at the beginning, we should not stop, emphasizes Irena Bojadzievska.

“There are positive examples, such as “Open Finance” of the Ministry of Finance, but when everything comes together in one place, we cannot conclude that we are going with the required and expected pace. When the open data culture was promoted in Macedonia, we were among the pioneers, and now we no longer have very impressive results,” she said.

In her speech at the third session today at the International Conference e-Society.mk on the topic “Democracy in the digital age: challenges and opportunities”, presenting the findings of the analysis of the situation, Dr. Bojadzievska said that the open data culture in this country is still not sufficiently developed.

As she said, there are initiatives of state institutions and local governments to “open the data” however, to a large extent the strategy for open data, i.e. publishing broad-spectrum data in a machine-readable format is more often seen as a policy of the Ministry of Information Society and Administration (MISA).

That is, it is understood as a task, and sometimes the institutions do not have the capacity to accomplish it, she said.

“From the knowledge we gained over the years, some institutions show resistance in opening the data and they fear publishing something that should not be published following the protection of personal data,” said Bojadzievska.

She stressed that according to the knowledge and experience in communication with institutions, achievements would not be possible without the engagement of civil society organizations, which provide training and projects, but this does not overcome the problem – some institutions do not have enough human resources to do data opening.

The data entry is usually done manually and is not systematized, and that is a serious problem, said Bojadzievska. Most often, the collection of data that should be “opened” to the public is done manually, I.e. it is also manual and non-automated, which makes the publication or updating of published data sets insufficient and rare.

“The mere fact that a person has to update manually does not allow such data to be updated too often, so the pace is one month or three months,” she said, explaining that these are too long periods for some entities that on a commercial or on some other basis would create data sets or some tools.

The situation in Kosovo is not great either, said Dalvina Hadzijaha from “Open Data Kosovo”. She explained that since the establishment of their organization in 2014, the first major achievement they come to is the creation of an electronic system for public procurement, but also that they work intensively on data opening not only at the central level, but much more at the local level.

According to Lazar Pop Ivanov from the Skopje Accelerator Lab Team, which works within UNDP and in cohesion with other such teams in 91 other countries, one of the great achievements in the field of data is that by working hard and mainly collecting data, they managed to create a map for the Skopje region where you can follow how much bio-waste was created by the catering facilities in Skopje. That, he said, is useful not only in terms of environmental protection and understanding the state of waste but also for some companies that could use that waste.

The international conference e-society.mk on the topic “Democracy in the digital age: challenges and opportunities” continues tomorrow and will end on Friday. An Open Data Hackathon is also organized within the conference. 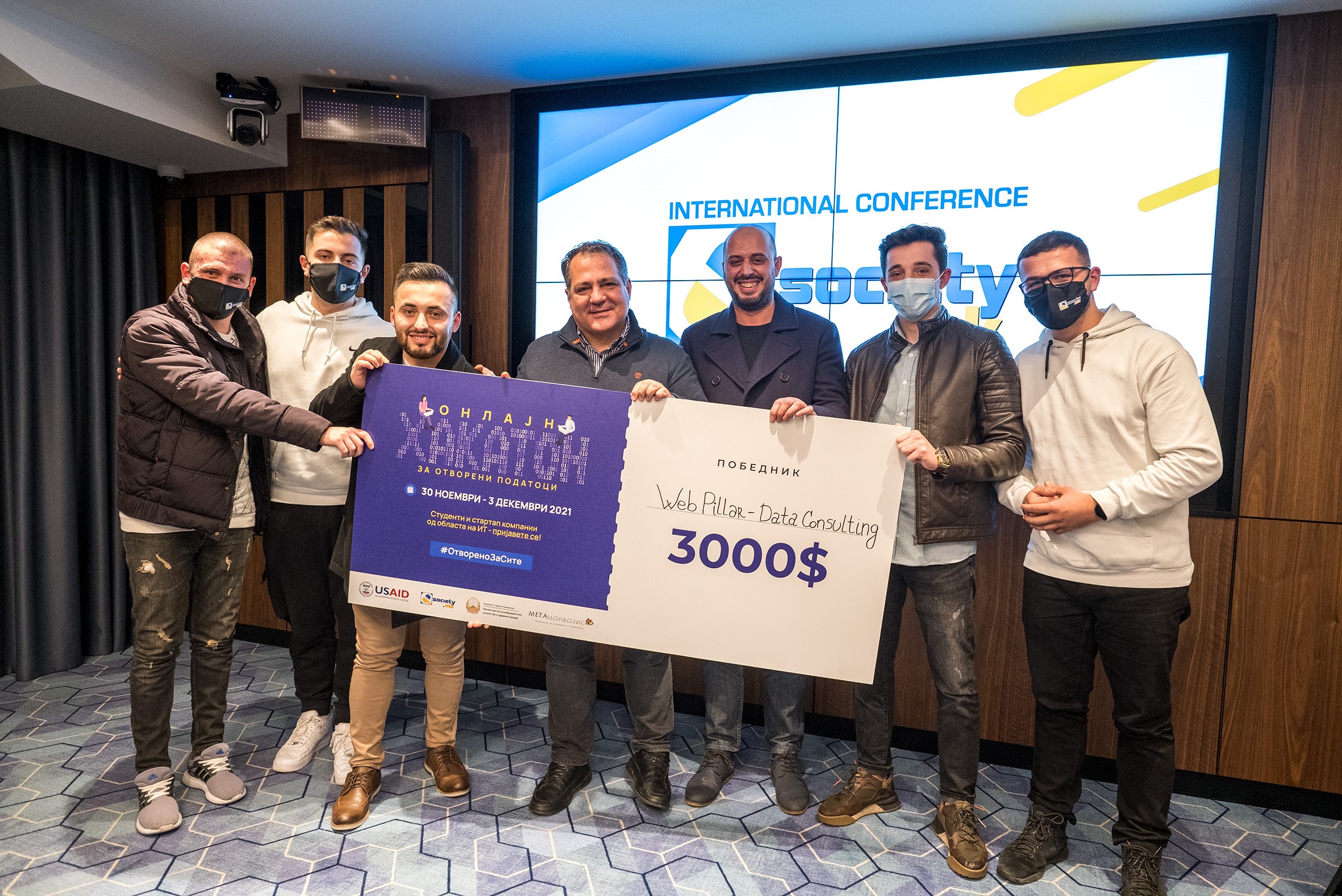 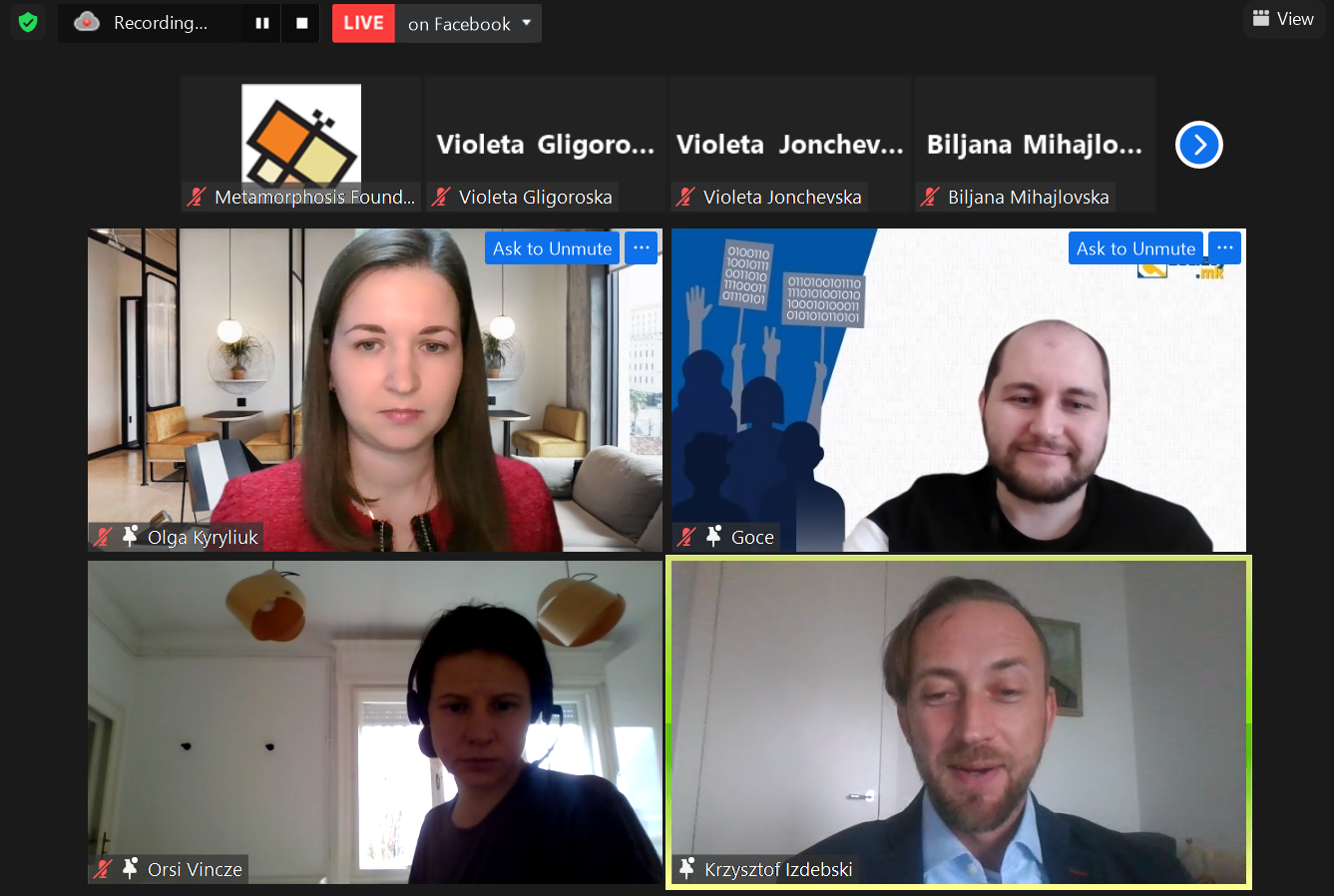 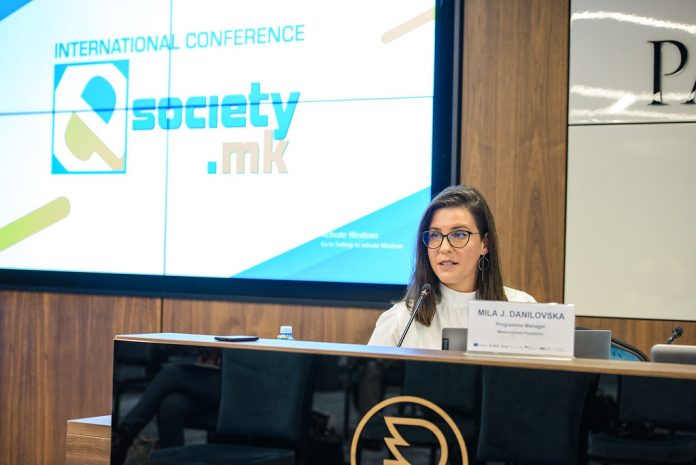