Analysis of disinformation related to Covid-19 in North Macedonia 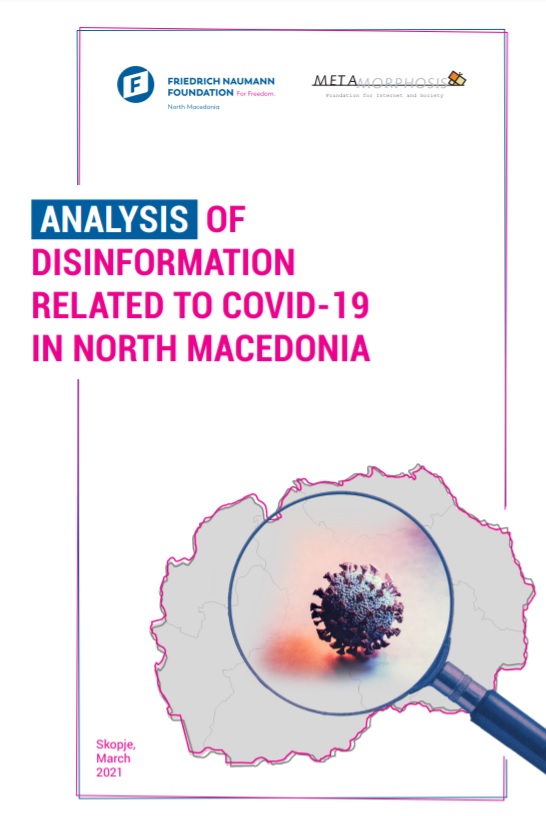 Why did so many citizens, but also journalists, politicians, professors and other public figures, fall under the influence of disinformation about Covid-19 to the extent that they themselves took an active role in their dissemination, adaptation and invention?

This phenomenon is a worldwide problem and is particularly pronounced in the Republic of North Macedonia, an extremely polarized society, where the level of media freedom and political culture is burdened by the consequences of a period of captivity and incessant populist propaganda.

The study “Analysis of disinformation related to Covid-19 in North Macedonia” provides an overview of disinformation trends that have hampered efforts to stop the spread of the pandemic during 2020 and identifies the factors that contribute to the susceptibility of citizens to various media and political manipulations, as well as conspiracy theories and commercial abuse of fear through quasi-medicine. As a candidate for membership in the European Union, RNM shares characteristics with other transitional environments, such as the huge need for reform and modernization of the education system, as well as the renewal of the health system as a basis for restoring trust in state institutions. The observations and recommendations obtained from this study are of wider significance, as they are applicable to all environments where similar conditions prevail, but also to developed democracies that are in danger of regression if the takeover of power by undemocratic, liberal and extremist movements is allowed which use fear as a political weapon.

Through the quantitative and qualitative analysis of nearly five hundred anti-disinformation articles and concrete lessons learned, the study provides guidance as a society, through the joint efforts of all stakeholders, as well as through the use of strengths of the public sector, academia, media, civil society and increased engagement of individual citizens themselves, using digital tools should oppose infodemia and preserve the health and lives of their loved ones.

At the same time, it is crucial to emphasize the need for a systemic approach to building a culture of critical thinking and social dialogue at all levels. Given the high polarization, when preparing disinformation interventions, it is important to make data-based decisions by enhancing the role of journalists and scientists.

This analysis, developed and conducted in close collaboration between the Friedrich Naumann Foundation and Metamorphosis Foundation, is based on the direct experiences from the projects Critical Thinking for Mediawise Citizens – CriThink, the Truthmeter Fact-Checking Service, the “Meta.mk” News Agency and the news portal in Albanian “Portalb.mk”, as well as information on the activities of all mentioned stakeholders who in the past in various ways opposed the infodemia.

A Mini-Guide to Conspiracy Theories

The publication “A Mini-Guide to Conspiracy Theories” builds on the Handbook for Informal Media Literacy Education “Critical Thinking to Exposing Misinformation” previously published as part of the Metamorphosis Foundation’s Critical Thinking for Mediawise Citizens project implemented by the Metamorphosis Foundation and Eurothink with the support of the European Union. The handbook serves as a key […] 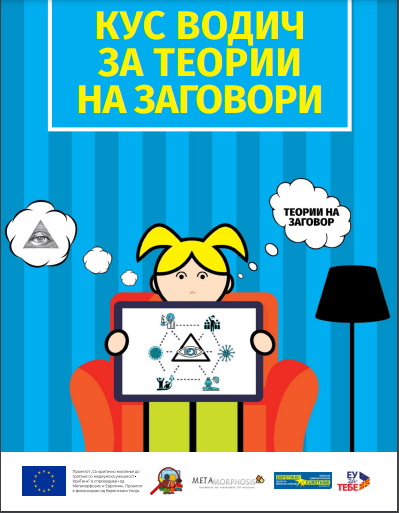