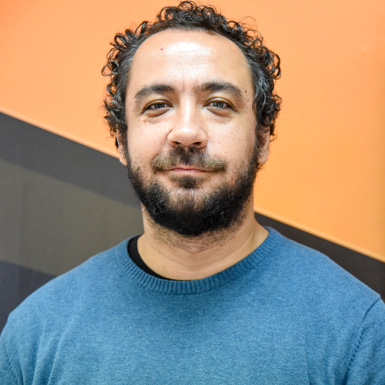 Holds a PhD in Political Science, “Democracy in Conditions of Globalization” module at the Institute of Sociological, Political and Juridical Research at the Ss. Cyril and Methodius University in Skopje. He also holds an MA in Media and Communications and a BA as a Journalist at the Faculty of Law “Iustinianus Primus”. From July 2011 to March 2019 he works as a journalist at the portal for architecture, construction and urban development “Build.mk”. In 2016 he is awarded the Balkan Fellowship for Journalistic Excellence. A year later, he is awarded the Thesaurus Poloniae Fellowship by the Ministry of Culture and National Heritage of the Republic of Poland and the International Cultural Center in Krakow. He completes his doctoral residency in Nova Gorica and Ljubljana – Slovenia (2013) and postdoctoral residency in Krakow – Poland (2017). In 2018 he received the Jean Monnet Award for Best Journalist Story. Since February 2019 he is a journalist at “Meta” news agency.