Educational institutions, banks and notaries are insecure and not sufficiently informed whether to accept an electronically issued birth certificate.

Although obtaining a birth certificate from the Office for Management of Registers electronically is simple and the issued document reads that it contains all the data as the certificate obtained on paper, there are institutions that are not sure whether to accept it or not. Moreover, the electronic certificate contains a code or a link through which the authenticity can be confirmed and it is additionally written that it is a public document with an unlimited validity period.

Portalb.mk in the series of research stories, showed that it is illegal to ask the citizens of RNM to pay for new certificates not older than six months, after which the Office for Management of Registers informed that it has decided not to ask for new birth certificates.

Despite this decision, the electronic certificate in some cases was not accepted by the banks, as well as by some notaries and the faculties, including state and private ones. When contacted by Meta.mk, they were not sure whether they could accept such certificates.

They said that so far there has not been a case for someone to submit an electronic certificate and stressed that they accept certificates older than six months. However, they are confused about this new option and say that they are tolerant and do not return students when they lack a document, i.e. they allow them to bring an additional one, but so far they have always asked for an original document with a stamp.

From there, there is also no concrete direction. “The State Education Inspectorate has not made a decision by which the educational institutions can accept an electronically issued certificate,” reads the answer that Meta.mk received from the inspectorate.

Our editorial office received the most accurate information from the Ministry of Education and Science (MES):

“The application of electronic documents is regulated by the Law on Electronic Documents, Electronic Identification and Confidential Services, according to which they have the same legal importance as the paper ones and must be applied, i.e. accepted by all, including educational institutions.”

They added that from this school year, the procedure for enrollment in the first grade in primary school is significantly easier and accessible electronically, whereby a birth certificate is not required for children enrolling in school.

“It is regulated in the Law on Primary Education, and we are also working on digitalization for enrollment in secondary schools,” said the Ministry of Education and Science.

Similarly, notaries are in doubt about electronic certificates. Of the several notary offices that were randomly contacted by the editorial office, four were determined that the electronic certificate was a valid document, although it is rare for citizens to attach such a document. However, there were also those who were not sure and only accepted a certificate with a stamp.

Cvetkovska Blagica experienced an unpleasant situation with such a notary when she wanted to use an electronic certificate for probate proceedings.

“The procedure to get an electronic certificate was easy, I submitted a request and received it in two days. I want to use it in probate proceedings, for inheritance. I gave it to the lawyer and he was surprised and not sure if it could be used. The notary who worked on the case did not accept it, so I additionally asked the competent institution that issues the certificates whether this document is valid and can be used as an official document. I received an answer by e-mail saying that the document is valid, but the notary public refused to accept it. She said that she could not use it because the rules in the law were not harmonized in the notary for the use of electronic documents with an electronic stamp “, Cvetkovska told Meta.mk.

Cases with banks are the most complicated. The Macedonian Banking Association told Meta.mk that there is no unified rule regarding the acceptance of personal documents, including birth certificates of clients. These rules are individual in each bank.

The legal service of Halk Bank answered that they are requiring birth certificates not older than three days from the aspect of a spouse when providing a mortgage in case the person is not married. In other cases, older certificates are accepted, but the electronic certificates are not accepted. Only certificates issued at the counter are accepted. However, this bank emphasizes that it is the obligation of the notary to check their documents, i.e. that when approving a loan, the certificate is approved by the notaries.

Komercijalna Banka AD Skopje stated that during the regular work processes the birth certificates are most often used when opening an account or deposit for a minor or in the procedure for establishing a lien on real estate in favor of the Bank.

“According to the information on the possibility of issuing electronic statements, the Bank will review and determine the procedure for their acceptance after agreeing with the overall operation of the Bank and, of course, with the positive legal regulations, so that clients can complete efficiently and quickly the necessary activities when using products and services from Komercijalna banka”, said Komercijalna banka, adding that they adjust their products and services according to the needs of the clients.

Meta.mk also contacted Stopanska banka. They were expecting our call, having previously being asked about the use of electronic statements by the Macedonian Banking Association.

Link to the original article: https://meta.mk/za-fakultetite-bankite-i-del-od-notarite-elektronskiot-izvod-pretstavuva-nereshliva-enigma/ 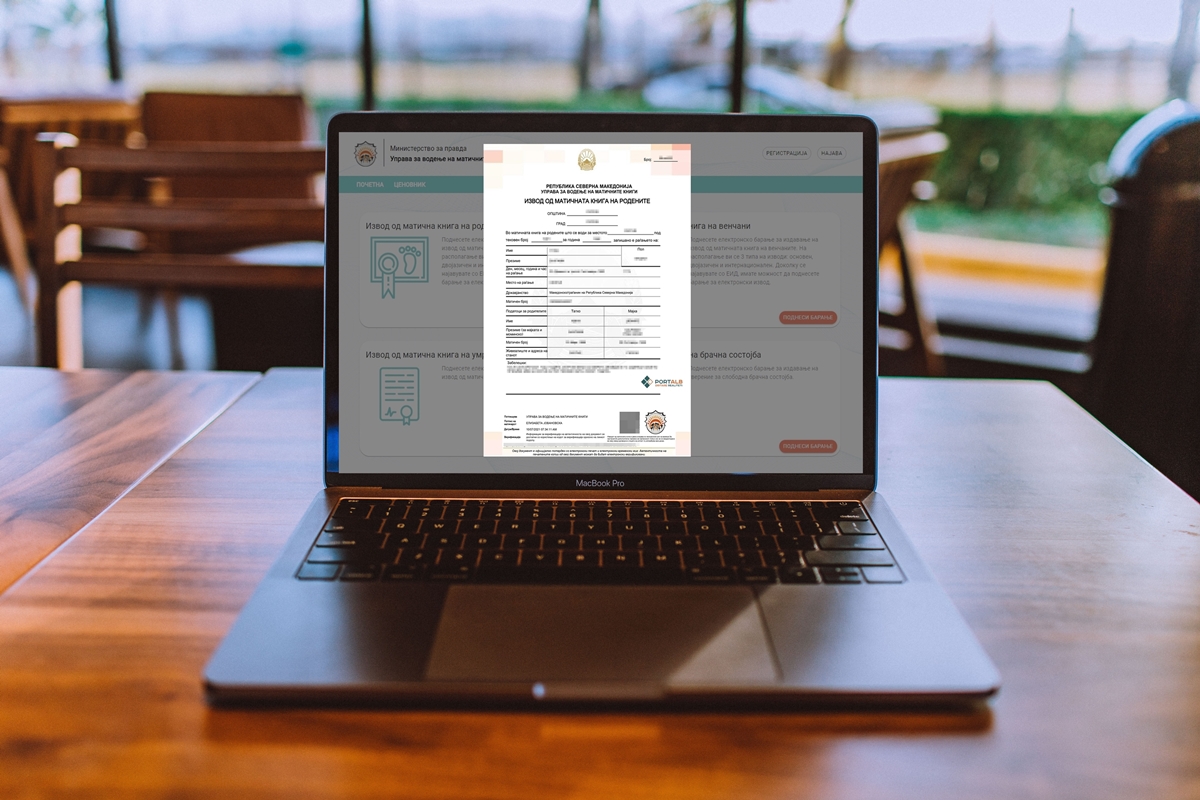 Citizens’ participation is one of the crucial mechanisms for ensuring democracy in any society. According to the Baseline research of the state of e-government development & digital literacy in the targeted Western Balkan countries 2020, citizens’ participation is regulated and practiced in all of the Western Balkan countries, but the level of citizens’ engagement is […]

The Democracy Summit came at the right time, now action is needed

What is very important, for many countries, but especially for us who live in the Balkan countries, where the expectations and hopes from democracy were and still are high, although corruption and the rule of law are gradually eroding this hope, is that this Summit as a platform for global dialogue should not remain a […]

The concept of open data rests on the principle of open access, serving the public good by empowering citizens, boosting businness and informing social development. In North Macedonia, the concept of open data was introduced and promoted with the country’s membership in the Open Government Partnership in 2011. Consequently, in 2014 the Law on the […]

ADMs, AI and human rights: does your algorithm respect privacy?

Digital innovation radically transforms democratic decision-making and citizen participation in social change. As witnesses to the global Covid-19 pandemic, we can see how public administrations in the region and the EU, planned or sporadically, are increasingly experimenting with creating Internet platforms or digital tools to enable citizens to access relevant public information they need, as […]

"Portalb: What steps should you take to obtain an electronic birth certificate" - News Agency Meta.mk

Obtaining documents with a physical presence, i.e. at the counters, costs people time, money and nerves. This was shown by the research on Portalb, where a birth certificate, which can be obtained in 5 minutes, was waited for a week, due to the inefficiency of the administration. Undoubtedly, digitalization is a solution to put an […]