“Metamorphosis Foundation has been working on these issues for several years, with the aim to create a better environment for the citizens, in which they can realize their rights for a better life. A prerequisite for fair elections is actually the citizen’s ability to be informed and to make decisions on the basis of true information. And this is the antipode to spreading disinformation or creating a polarized society, where objective evidence isn’t relevant, but the information serves as a tool for political manipulation or is an essential part of the polarization arsenal,” Stojanovski said.

He stressed that in the Balkans one can see that there are various local and foreign actors who are trying to use disinformation as the basis for undermining democracy. Basically, they are trying to undermine the whole system that was developed since the end of WWII.

“What poses a problem in the region, but also worldwide, is connected not only with the elections integrity but also with the functioning of the current system, is that the populist forces, the authoritarian forces and very often the forces that are inclined toward dictatorship, are very prone to trying to undermine all of the democracy’s foundations. The disinformation and other tools, such as hate speech, manipulations, the political propaganda, are diverting people’s attention from the important issues that are of concern for their lives and are creating a virtual reality,” Stojanovski noted.

According to him, even though there are a lot of similarities, the countries in the region also have local or national differences that should be taken into account, so that the forces that are trying to support the democracy, will be capable of working alone, and more importantly, in trans-border mode, to counteract the opposite forces.

“Even though the whole region should be part of the European Union, there are forces that are continuously working on undermining these efforts. So, our region is very vulnerable to such influences and there is still a big risk of escalation. We didn’t think that what happened could happen in Europe, this century, yet i did occur!. In order to prevent the same thing happening in the Balkans, maybe in a different scope, but with similar consequences, a lot has to be invested in,” Stojanovski said.

He stressed that the local version of Putinism was seen in North Macedonia i.e. during the period that the European Union described as a period of state capture.

“It was a period when one political party or a group of political parties and powerful politicians were able to control almost all aspects of the society by distorting, in their essence, the notions of democracy, free elections and accountability. By turning them into something antipodal, the same as with the disinformation and hate speech, which are essentially perversion or the opposite of freedom of speech. The situation with the capturing of the state, when the people have the illusion that they are choosing by going to the polls, but in fact, they don’t have any say in the election results, is antipodal to democracy,” Stojanovski explained.

Among other things, he said that the moment when those politicians felt cornered was when the people’s resistance occurred, which was manifested through the pro-democratic protests and in the process of the articulation of the true democracy not only with systematic changes but also through the reforms requested by the European Union and the international community, in order to reach some merits for EU membership.

“We witnessed at least two situations when an armed conflict could have occurred or they have been constructed to cause “detonations” in our country. The first one was on the 9th of May 2015, when the Victory Day parade in Moscow took place, which was boycotted by NATO. Unfortunately, the person who at that time was the country’s president attended the celebrations and didn’t support NATO and Ukraine, which has been under aggression since then. Also, on the 27th of April 2017, when there was an effort to disrupt the election process, disrupt the election results, and prevent the formation of a coalition consisting of political parties that jointly have won the majority of votes. It is really important to take into account that usually the last stage of autocracy or dictatorship is conflict, an armed conflict. The conflict is either coordinated from outside in order to compensate for the problems in the country or, if it cannot be coordinated from abroad, it is projected from the inside through a form of civil war or is known as a “dirty war.” Such was the one in 2017 when in Argentina its regime turned against its own people,” Stojanovski said.

He also presented the efforts that Metamorphosis Foundation has been undertaking to counteract disinformation.

Metamorphosis Foundation is part of several initiatives that are part of the current efforts in the fight against disinformation, in which civil society organizations and independent media organizations have taken part. At the moment, we are part of two major activities, the first one in the country and the second one is regional, Stojanovski noted.

“Due to the rise of disinformation in the political sphere worldwide related to the rise of populism, we had a response from the civil society and the media organizations which have started working on fact-checking of political facts i.e. analyzing statements of politicians, political parties, election promises and all of that happened in the period sometime between 2010 and 2011. However, the fact-checkers, including Metamorphosis, which has been managing the fact-checking service called “Truthmeter” since 2011, understood that it would take a lot more. The factors that are influencing the disinformation in the media sphere aren’t only the politicians but the media itself and the social networks – the people using the social networks. This is why starting from 2012 we began developing the methodology of fact-checking for media content based on the Journalists Codex. Since 2020, we partnered with a third party – with Facebook, for analyzing viral disinformation,” Stojanovski explained.

Another aspect of the methodology in this direction is the networking of the organizations fighting against disinformation.

“I cannot stress enough how important it is for these organizations fighting disinformation to cooperate together. Therefore, in the latest initiative, we are partners with organizations from Kosovo, Albania, Bosnia and Herzegovina, Serbia, and Montenegro, to work together on these issues. Taking into account that the situation can be different in each country, we are relying on the experiences and the evaluations of each partner organization within these countries. It takes a lot more effort in order to oppose the trends that are active in all of these societies,” Stojanovski said.

According to Metamorphosis Foundation’s research study in North Macedonia with the local population sampling, Stojanovski explained that the results show that the people are aware of the problem with disinformation.

“Over 90% of the respondents said that disinformation is a problem in our country and over 83% said that they are expecting the authorities to do something about that, including legal amendments, which is a major step forward toward raising the awareness of the general public, but also a warning for the concerned sides that are expected to take action,” said Stojanovski.

We developed a three-year program called “Cri-Think.” It is essential that media literacy should become an accompanying part of the education process starting from day one, from an early age. A mass revision of the education program is necessary, but also training should be provided for the teachers,” stressed Stojanovski.

According to him, the first step toward this direction would be for the journalists to become fact-checkers and then to be able to provide this service correctly since it is an overwhelming task for the citizens to turn to fact-checkers.

“The fact-checkers should be working faster than the investigative journalists, who sometimes need months, even years,to discover all disinformation. But if you don’t deal with disinformation immediately, it has already caused damage, and this is why transparency in government institutions is essential and more transparency means less space for disinformation,” said Stojanovski.

He also spoke about violence against women in politics, which he described as a very big problem in North Macedonia.

“Metamorphosis is the founder of three media outlets, Truthmeter – fact-checking service, a news site in Albanian – Portalb, and Meta News Agency. In all of these media, we have journalists that have faced misogyny as a weapon against them, not only by politicians, although they are most often the perpetrators. I would also stress the danger for the female journalists who are on the frontline facing this hate speech and its other forms of violence,” Stojanovski stressed.

Among the other issues, he also mentioned the example of the attack on the minister of defense of North Macedonia and the gender-based attacks that were directed toward her when she expressed solidarity and support for Ukraine against Russian aggression. Stojanovski said that this wouldn’t have happened if the minister was male.

Otherwise, the National Democratic Institute (NDI) has gathered experts from the Balkans, Europe and the USA from the IT media and the journalism in general, but also representatives of the political parties and civil society, to gather and talk of the need for integrity of information. Under the all-encompassing subject “Information integrity’s role in defending democracy,” the third DISICON provided an insight into how disinformation is jeopardizing the democratic processes and the vulnerability of young people to this phenomenon. The role of the foreign intervention in the process of decreasing information’s integrity was also discussed. The two-day event included presentations, thematic panels, and workshops with NDI’s partners, young people and journalists from Kosovo and other international partners.

The Partnership and Resource Development Director of Metamorphosis Foundation’s discussion can be seen in the video below, starting from 16:30 to 01:09:30 or by clicking on this LINK. 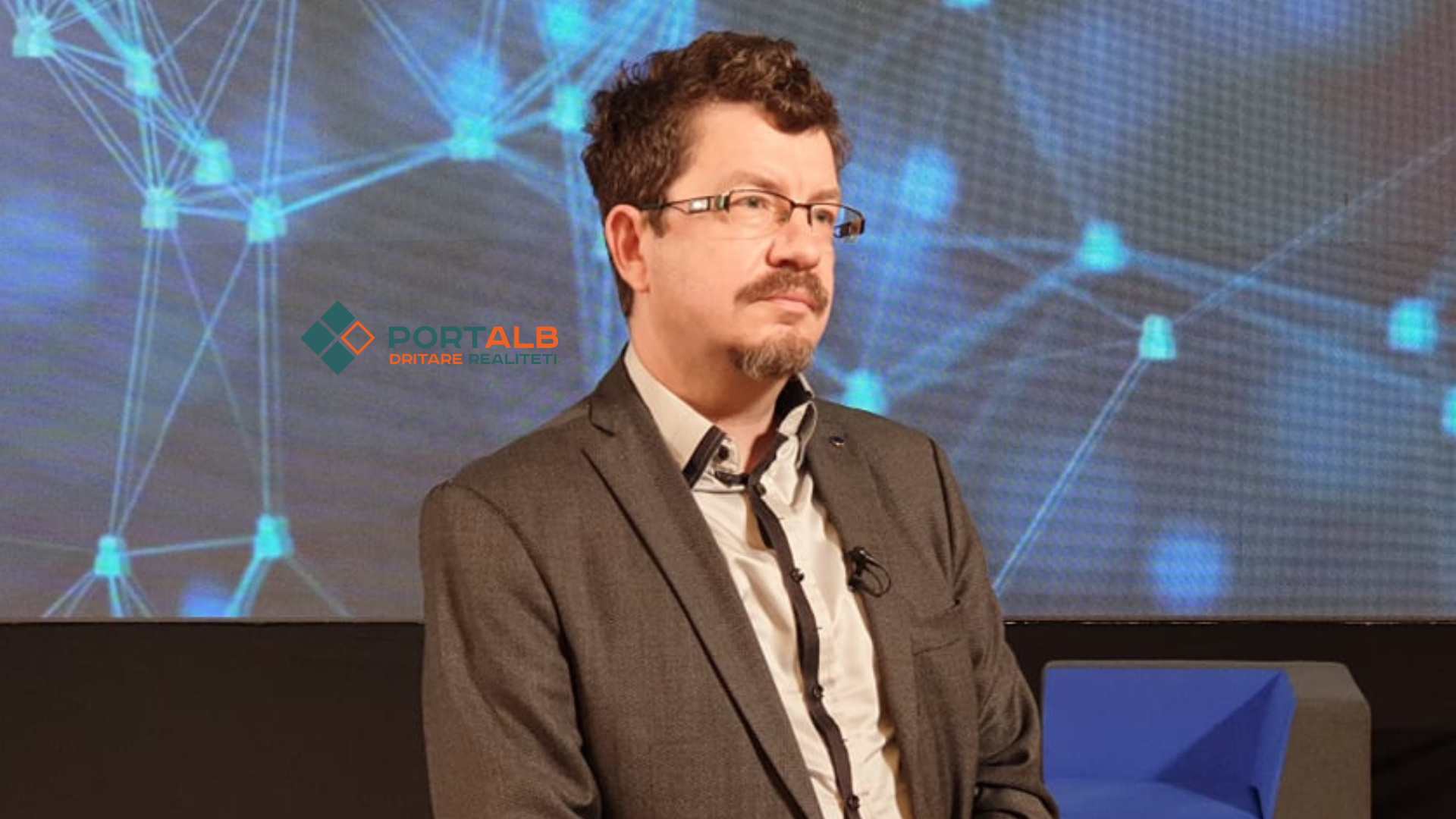 Kadriji: The abuse of personal data is mainly related to cybercrime

What is the role of the Personal Data Protection Officer?