Disinformation causes many harmful societal consequences, such as, poses security threats; erodes the election system and process; it undermines the trust in the institutions; and, legally, it represents hampering of the freedom of opinion and expression – a fundamental right sanctified in the Charter of Fundamental Rights of the European Union.

Recognizing that the fight against disinformation needs to be comprehensive and multi-faceted, at the end of 2017 the European Commission established a High – Level Expert Group to look into and advise on the matter.

The High – Level Expert Group, which was comprised of 39 experts – representatives from the media, online platforms, civil society and academia, helped in establishing the key criteria on which the forthcoming Code of Practice on Disinformation will be based on. Simultaneously, the Commission also launched a broad public consultation process through online questionnaires, structured dialogues with relevant stakeholders, as well as, a Eurobarometer opinion poll – polling 26.500,00 individuals from 28 Member States. The High – Level Expert Group’s effort resulted in the Report of the independent High-level Group on fake news and online disinformation. According to this Report, disinformation as a phenomenon goes beyond the “fake news” framework. Disinformation – as defined in the Report – includes all forms of false, inaccurate, or misleading information designed, presented and promoted to intentionally cause public harm or for profit.

Stemming from all this effort, in 2018 the Code of Practice on Disinformation was signed – on a voluntary basis, by representatives from online platforms, leading social media, advertisers and the advertising industry. Namely, for the first-time stakeholders from that industry has agreed upon a self-regulatory set of standards to fight against disinformation.

The Code is aimed at reaching the goals stated in the April 26th 2018 Commission communication – The Communication “Tackling online disinformation: a European approach. These goals are broad, reaching from the transparency of political and issue-based advertising, through tackling fake profiles and accounts, and their demonetization and closure in the case of disinformation.

Furthermore, the signatories presented their roadmaps to implement the Code. Together with the aforementioned measures of transparency in political advertising, these roadmaps also included effort in broader public education so people would know to raise the alarm once disinformation is encountered; to follow multiple sources of information; and also, to infuse more effort in promoting investigative informing.

Originating from the Code for each signatory was the responsibility for a baseline, monthly, and yearly report. Moreover, in addition to the original reporting requirement for all signatories, in the first semester of 2019, the European Commission closely monitored the reporting process of targeted signatories (Facebooк, Google, Twitter), especially in the light of the European Parliament elections that year.

During the 12 – months long trial period, the Commission evaluated the effectiveness of the Code. In September 2020, the effectiveness evaluation of the Code’s implementation was published, and in it, it’s valued as a useful instrument; however, it also highlights shortcomings, mainly in the terms of appropriate monitoring, clearer procedures, and more precise and comprehensive commitments.

Inspired by the COVID-19 pandemics’ inevitable impact on information, i.e., disinformation, the EU institutions issued a joint communication to the European Parliament, the European Council, the Council, the European Economic and Social Committee and the Committee of the Regions Tackling COVID-19 disinformation – Getting the facts right. In this Joint communication more measures to fight against disinformation were enumerated, such as improvement of cooperation and collaboration among the Member States, streamlining the existing mechanisms, cooperation with the civil society, establishment of a separate department within the EU’s Rapid Alert System, and other measures.

Through the European Democracy Action Plan and the Digital Services Act, the European Commission aims at overhauling the Code, making a firmer framework for responsibilities and reporting for all of the signatories.

In the meantime, in the spring of 2021, the Commission will issue guidance to enhance the current Code of Practice. 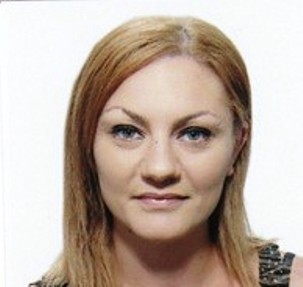 Analysis: In the IT sector in North Macedonia, the gap between men and women almost non-existent

Unlike other industrial sectors in the Macedonian economy, the IT sector stands out as the one where the gap between men and women is almost non-existent. In some industries, such as digital marketing, the ratio is 55.56% percent women versus 44.44% percent men. Over the years, the number of women graduates in formal education is […]

“Balkan history has been shaped by the territorial ambitions and disputes of the last century, and so has become a zero-sum game; it also has quasi-religious aspects, insofar as current debates reveal an implicit concern with purity and pollution underlying accusations around loyalty and betrayal. Grievances and disputes escalate; and (to pursue the game metaphor) there is no mechanism, in this case, by which both sides would agree to invest a referee with the authority to call the game fairly; the stakes are seen as too high,” says prof. Keith Brown in this interview for CriThink.mk, which Meta News Agency republishes, in a conversation about the role of critical thinking in science, and particularly in the study of history.