The concept of open data rests on the principle of open access, serving the public good by empowering citizens, boosting businness and informing social development. In North Macedonia, the concept of open data was introduced and promoted with the country’s membership in the Open Government Partnership in 2011. Consequently, in 2014 the Law on the Use of Public Sector Data was adopted. Yet, besides ensuring a legal foundation for open data, progress has been very slow. Institutions struggle to release and update data that they work with and citizens cannot yet see the large potential that these data can bring with them.

It is popularly said that data is the fossil fuel of the future and numerous examples of economic and social development can confirm the statement. Since we are increasingly recognizing the value of data, it is a generational duty to accelerate their release as well as to increase awareness about their value. Metamorphosis Foundation is profoundly committed to support institutions in North Macedonia to develop the infrastructure/resources to be able to carry on the gathering and publication of data in standardized formats so as to allow free use and reuse, driven by the Open Data Strategy – indeed, the backbone of the process. Besides hands-on coaching of institutions to release their datasets and the organization of hackathons to accelerate the demand and use of data, Metamorphosis Foundation, in the framework of USAIDs Civic Engagement Project, supports the harmonization of the Macedonian law with the EU Directive on Open Data and the Re-use of Public Sector Information so as to make the open data processes in the country more ambitious.

The 17th edition of the e-society.mk conference starting on November 30th will provide room for participants to delve on the opportunities and challenges that democracy is undergoing in the digital era, by also comminging significant attention to the role and value of data. In the session Open Data: where supply and demand meet halfway, esteemed advocates and practitioners of the cause will present their views on how to advance open data in the Western Balkans. Irena Bojadzievska, the leading expert in delivering the harmonization of the respective Macedonian law with Directive 2019/1024 will be among the speakers, together with Delvina Haxhijaha from Open Data Kosovo, Lazar Pop Ivanov from the United Nations Development Program and Nada Rakocevic from the Chamber of Economy of Montenegro. All speakers continuously contribute to the improvement of the open data ecosystem in their respective countries and beyond, and the session promises an inspirational setting to learn from one-anothers’ experiences.

More information about the conference and the registration are available on the following link: https://e-society.mk/ 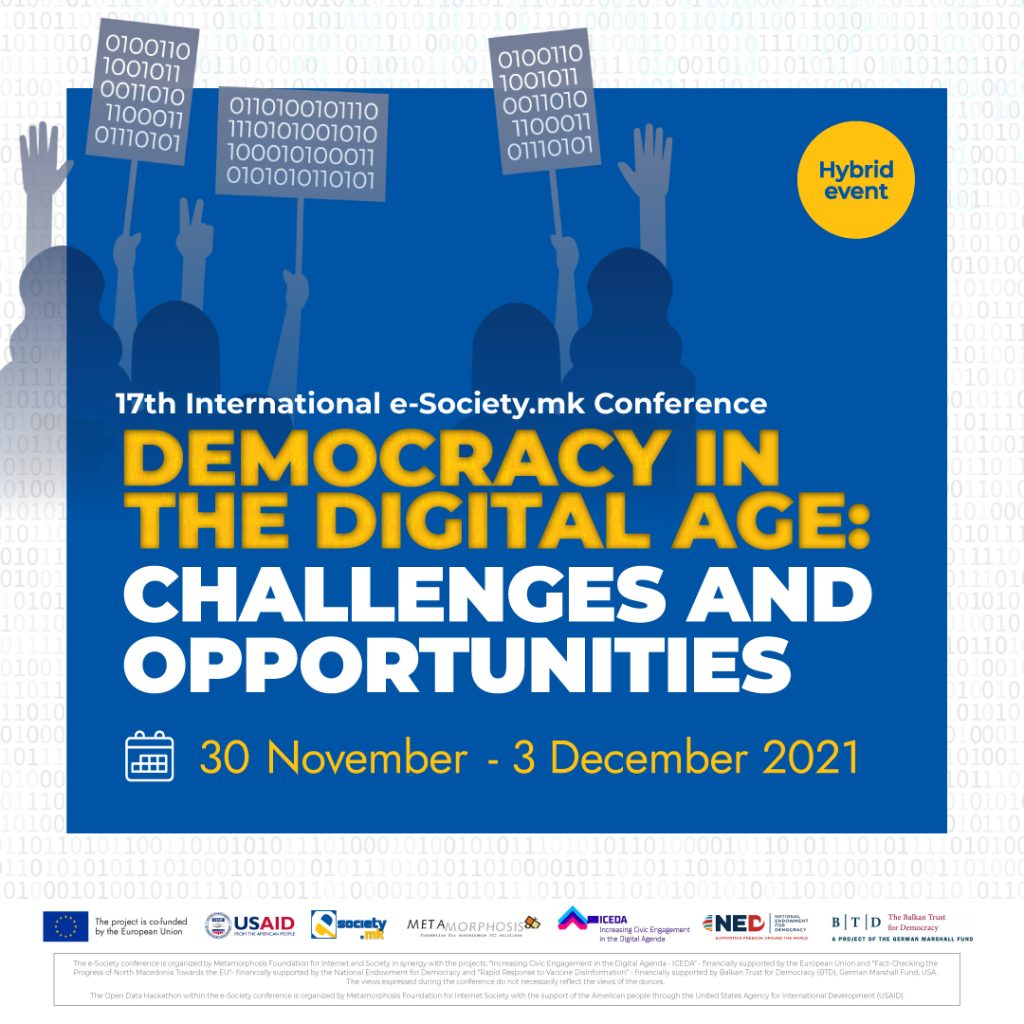 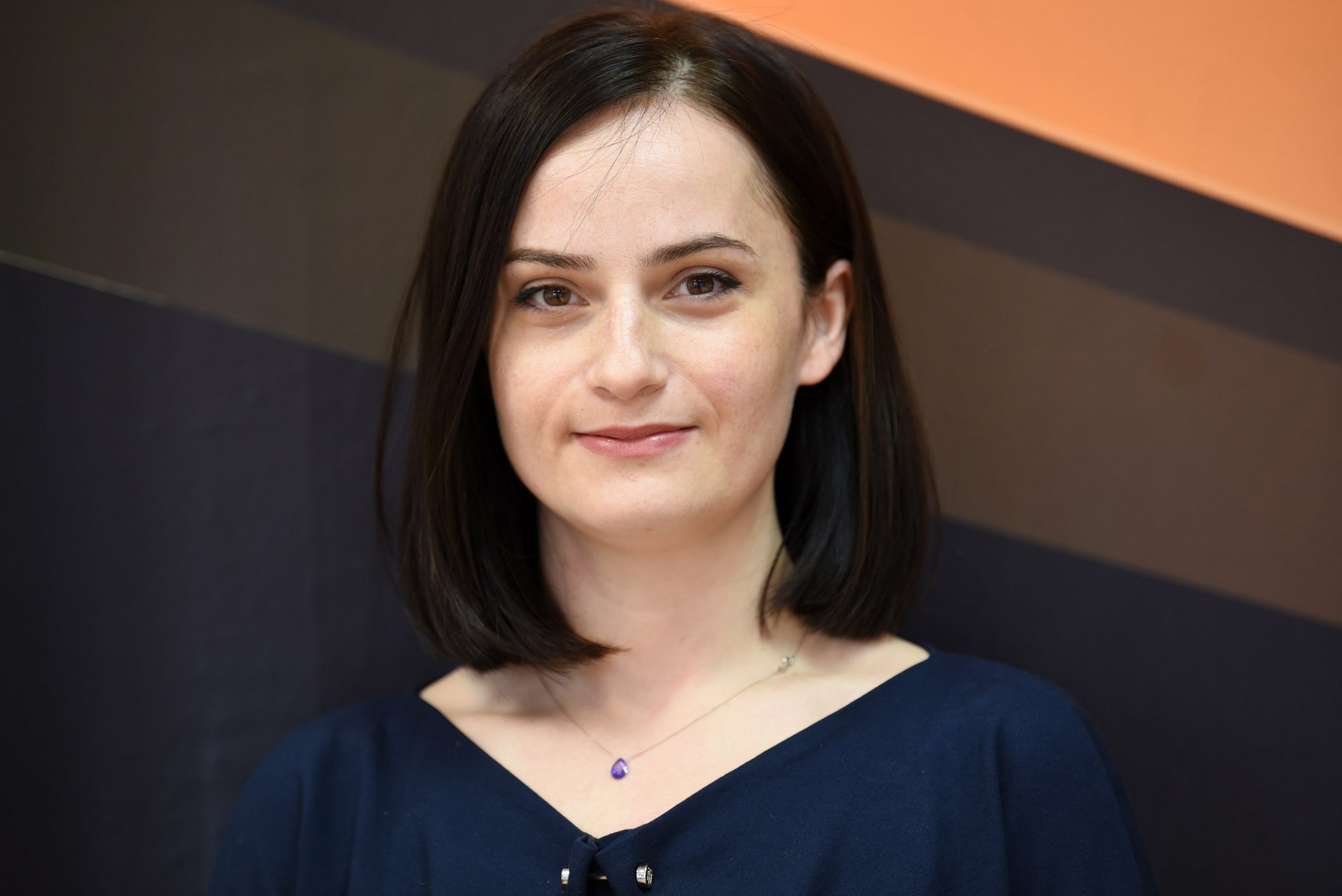 Photo: Portalb.mk The Minister of Information Society and Administration, Admir Aliti, in an interview with Portalb.mk, talks about the reform process of the public administration of North Macedonia. He says that the main priority as a Ministry is the digitalization of services but also the adoption of some laws that will enable a more efficient […]

THE HORROR OF PROPAGANDA OR WHEN THE DEAD RISE

Misinformation about the Russian military invasion of Ukraine has led to such divisions of the people in Macedonia, especially those who are getting information mainly from the social media, that there is actually an online debate about whether there really is a war there and civilians are suffering or is it just a Hollywood production […]

Talin, Estonia. Photo: Portalb.mk Estonia is a country that proves that digitalization improves the quality of life of its citizens. Thousands of services, mostly administrative, are performed by Estonians with a few clicks from home, and waiting in line at the counters is part of distant history, writes Portalb.mk. This Baltic country of 1.3 million […]

"The use of some electronic services has increased, but it is far from the desired level" - News Agency Meta.mk

Source: Portalb.mk The use of certain electronic services during 2021, compared to the period 2019/20 has slightly increased. This is shown by the data provided by ICEDA in cooperation with Portalb.mk, comparing them with the data from the preliminary research, when the same electronic services were used less. However, the increase is still far from […]

Our safety on the Internet depends on us too!

Our lives have become unimaginable without the Internet. It has become a powerful tool we use daily, for both professional and personal purposes. The Internet gives us many opportunities to save time and resources, learn new skills, and re-prioritize values. Still, with the increased use of the Internet, we are witnessing the increased amount of […]