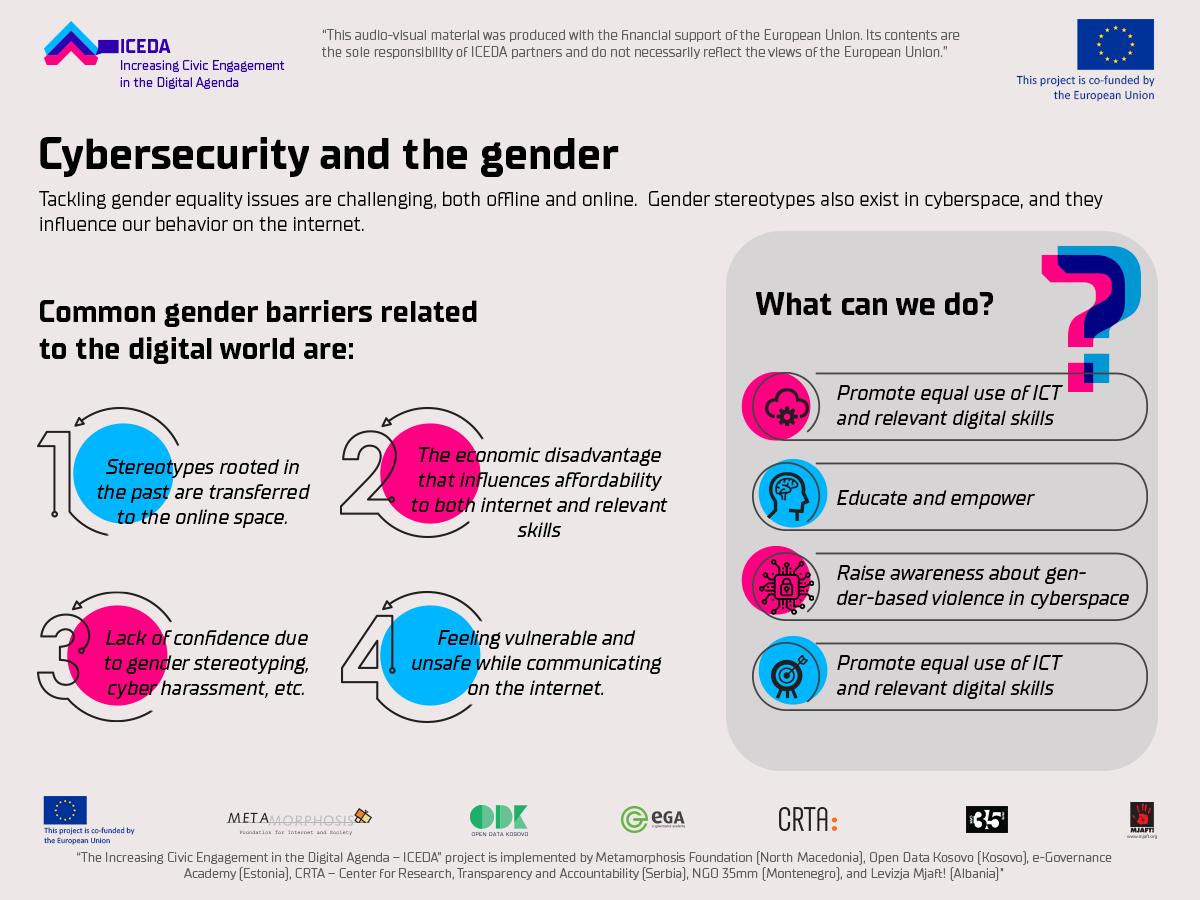 Gender inequity is an indubitably relevant topic, both offline and online. With the increased use of cyberspace, online gender-based attacks have become most frequent as well.

Still, there are things we can do to help when it comes to gender and cybersecurity issues.

We should be familiar with the most common barriers that women face on the internet, and learn a few effective ways to counter them. Learn more by checking out our infographic.

This visualization is available in English, Macedonian, Albanian, Serbian and Montenegrin .