MRO Report and Debate: implementation of Media reforms continues to be slow

If we were in high school, then the country for the reforms in the media sector in the past period would mostly be assessed with a grade between C and D for what has been achieved so far. In this way, Zoran Fidanovski, journalist and member of the Council of the Agency for Audio and Audiovisual Media Services (AAVMS) described the situation with the fulfillment of the Urgent Reform Priorities (IRP) related to freedom of expression, which he presented within today’s presentation of the Periodic Monitoring Report from the Media Reform Observatory (MRO) project implemented by the Metamorphosis Foundation.

In the four pillars of the IRP, the Periodic Monitoring Report for the period from May 1 to August 15, 2020, shows that the media reforms in the public broadcasting service MRT have started, but so far have not been fulfilled. “In MRT and in this monitoring period, the essential reforms were lacking to make it a real public service to the citizens,” the report reads.

Violeta Gligoroska, project coordinator of the Metamorphosis Foundation, says that there are no substantial reforms regarding MRT, but there are initial activities that are far from transforming it into a service to the citizens. She pointed out that there is a lack of staff in the public service, especially in the newsrooms that prepare programs in the languages of minorities in the country.

She was supported in her view by Zoran Fidanovski, who pointed out at the debate that his findings show that MRT urgently needs 70 to 80 journalists who will strengthen the editorial offices that produce radio and television programs in the public broadcasting service. According to his information, MRT lacks more than 150 employees if the need for the technical staff is taken into account. 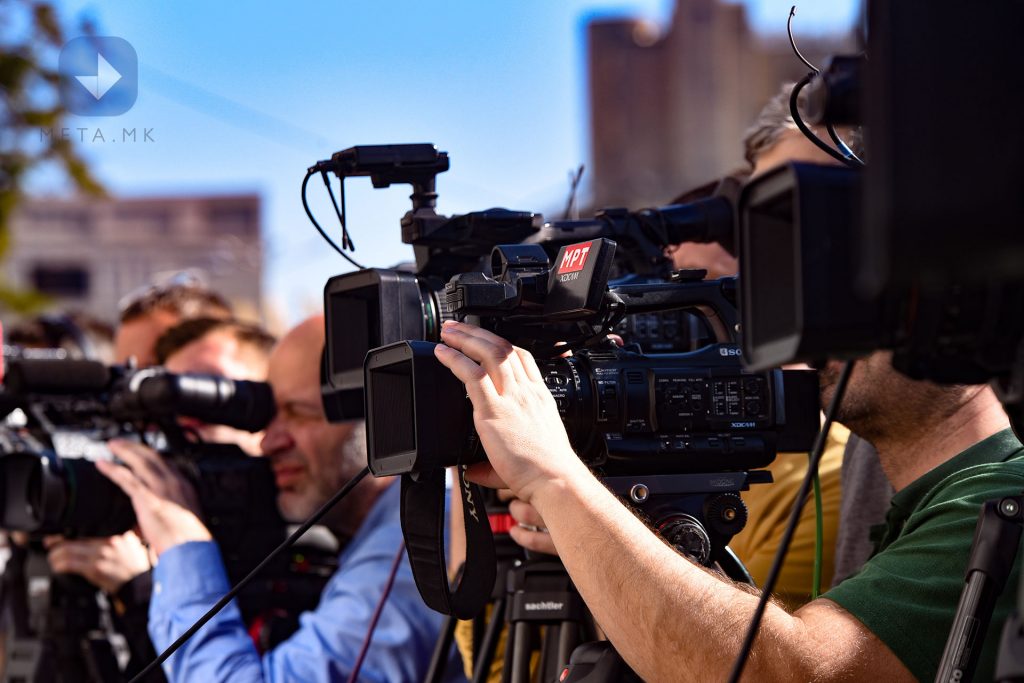 Regarding the second pillar, the media reforms in the area of ​​government advertising and public money in the media were partially fulfilled during the reporting period.

“In response to dealing with the economic consequences of the corona crisis, the government has granted state aid to national broadcasters as well as to all economic entities. Furthermore, it instructed PE NRD not to charge them for the costs of providing the power supply for broadcasting devices for 2020 and the costs for renting office space for 2020. In addition, the Government subsidized the contributions of all media employees for the months of June, July and August 2020 “, is stated in the published Periodic Monitoring Report.

In this regard, Dejan Georgievski from the Center for Media Development expressed his view that government advertising and spending of public money should not exist. He referred to the paid political advertising of the political parties, for which Georgievski believes that the media themselves demand such public money, starting from the fact that the media system in the country is oversaturated with media and has never functioned on a commercial basis.

He also criticized the subsidies from the state budget to cover the costs of printing and distribution of the print media, as a program from which so far one cannot recognize the effects they have caused in the print media. Local governments are also criticized, says Dejan Georgievski, which continue to spend significant funds on the purchase of various types of media services, especially in the local media.

In the third pillar of the IRP, the Periodic Monitoring Report concludes that the methodological reforms are fully met. However, Violeta Gligoroska from the Metamorphosis Foundation says that the holders of public information remain a problem, because some of the institutions in the country still do not respond in a timely manner to the submitted requests for access to public information. The main reason for not receiving access to information is the silence of the relevant institutions on the submitted requests.

Regarding the fourth pillar of the IRP for media reform in the area of ​​defamation and insult, there have been no developments in the reporting period. Activities to change the legislation have started, but they have not been fulfilled yet.

“Although in the previous monitoring period the Ministry of Justice announced initial activities aimed at improving the Law on Civil Liability for Defamation and Insult, in this period the line ministry informed that due to the global coronavirus crisis, the United Nations Office for Project Services (UNOPS) has postponed until the end of September the preparation of the analysis for the implementation of the Law on Civil Liability for Insult and Defamation,” reads the published report.

The text was prepared within the project “Observatory of Media Reforms”, implemented by the Foundation for Internet and Society “Metamorphosis”, with the financial support of the Foundation Open Society – Macedonia.

The content of the text is the sole responsibility of the authors and in no way can be considered to reflect the views of the Foundation Open Society – Macedonia.

Presentation of the Third Periodic Monitoring Report for MRО2

Today, 5 November 2020, at 15:30 PM, the third periodic monitoring report from the project “Media Reform Observatory 2” (OMR2) will be presented, implemented by the Metamorphosis Foundation with the financial support of…