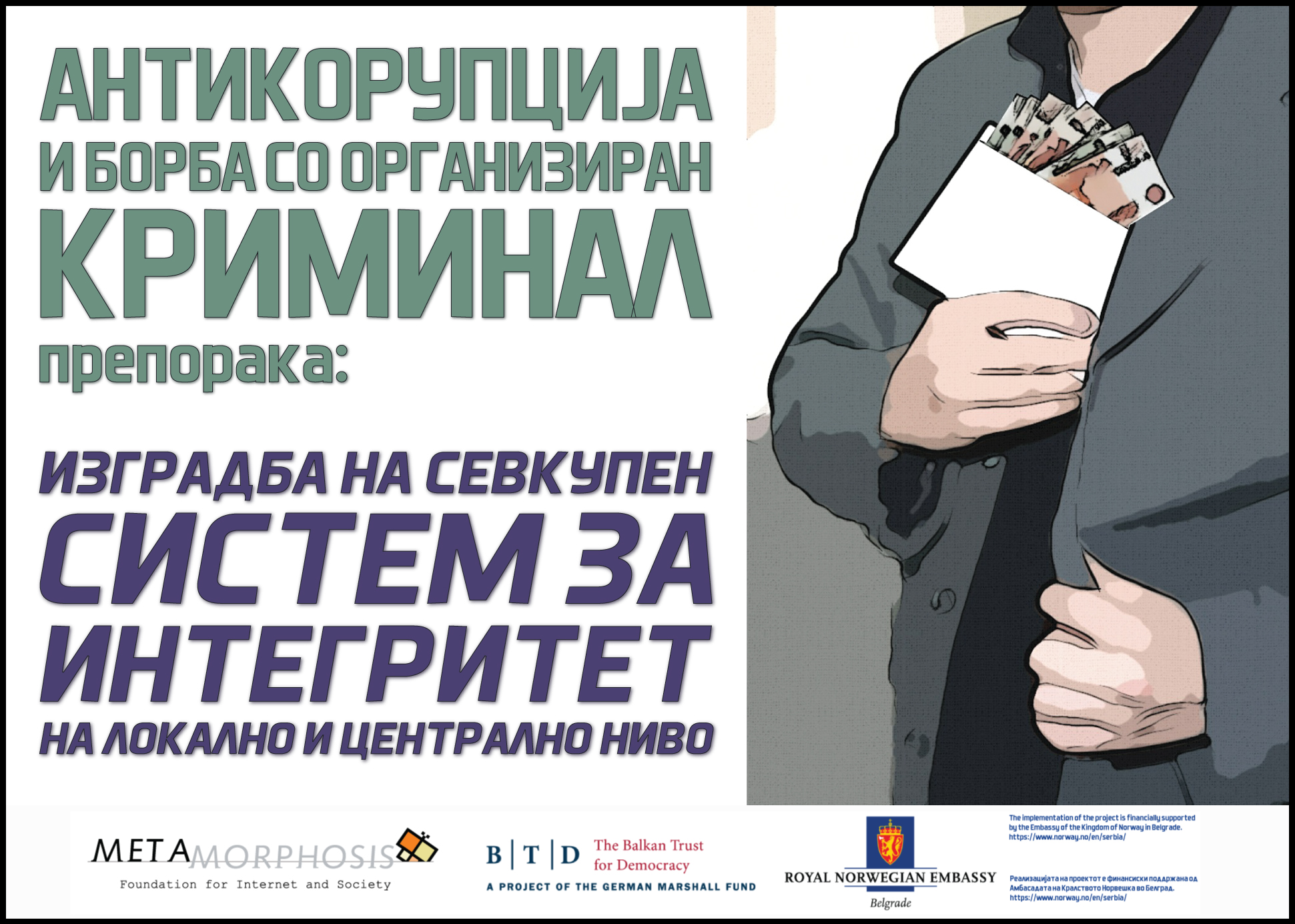 Establishment of entirely new integrity system centrally and locally; increase of the severity of the infringement policy in the main anti-corruption law and amendment to the existing law on protection of whistleblowers are just some of the recommendations that have arisen as conclusions from the research conducted by Metamorphosis Foundation which addressed the topic of Anti-corruption and Fight against Organized Crime.

This area is probably the crucial for the rule of law in one country and reaches to literally every branch of government and institutions thereof, thus reaches to all citizens who gradually lose their trust in the country they live in if they witness no changes and honest desire to put an end to the bad practices.

The title of this paper derives from the state of affairs that has been determined by the check of indicators, which show where we are at in this area. Namely, despite the strong declarative commitment for unwavering fight, the daily political routine shows that the creators of key laws and practices are ready for compromise due to this, that and the other, thus the executive or the legislative branch make unprincipled decisions, which further affect the judiciary.

With such last minute compromises, for example the amnesty or the amendments to the main anti-corruption law that seek to mitigate the provisions which are crucial for a strong anti-corruption commission, the fight against corruption or organized crime become mission impossible.

The research and discussions with experts resulted in the following recommendations:

This is the third research out of five planned within the Western Balkans and the EU Accession process: Application of Political Criteria regional project, implemented by the Center for Democratic Transition from Podgorica, Montenegro. The next papers will cover the media sector reform and the public administration reform.