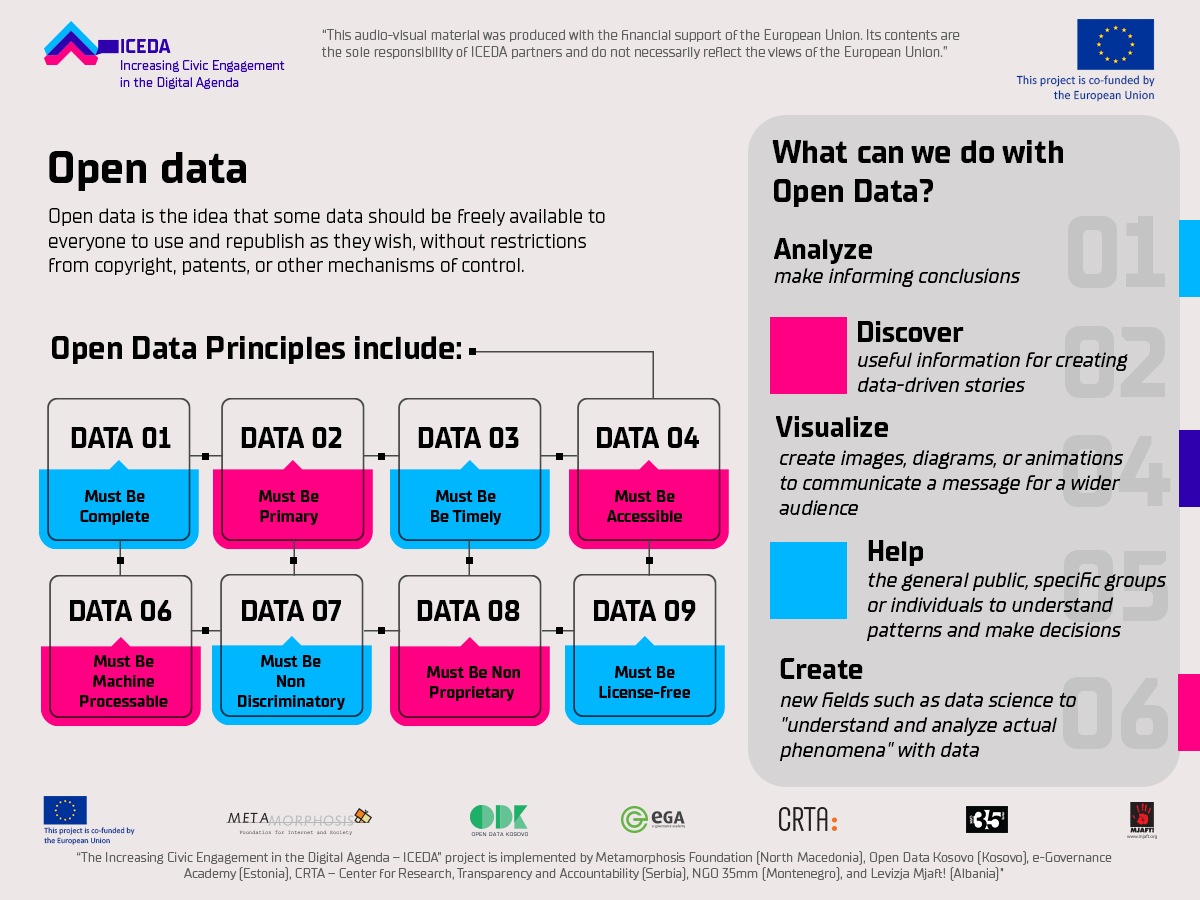 Open data is data that can be freely used, re-used and redistributed by anyone – subject only, at most, to the requirement to attribute and share-alike.” – This is the official open data definition by the Open Knowledge Foundation.

The ICEDA team prepared an infographic with more information about the basic principles of open data and why they are so useful.

This visualization is available in English, Macedonian, Albanian, Serbian and Montenegrin .