The citizens of our country face everyday problems of different nature when it comes to obtaining documents. The public administration does not always function properly and this is best shown by the public opinion polls. Portalb.mk directly followed the procedure for obtaining a wedding of a couple from Skopje, who decided to do so in the Office of the Regional Unit Skopje – Municipality of Čair of the Office for management Registers of Births, Marriages and Deaths.

Following this procedure revealed a lack of efficiency of the public administration, but also administrative absurdities. The couple who got married first waited in front of the counters, filled out forms, and if the digital system worked, they would obtain this document by two or three clicks and then they would go to the municipality just to sign the Marriage Register.

This proves what Portalb.mk has been researching, i.e. that issuing documents in this way costs the citizens time and money. Therefore, experts propose to digitize the registries (books), and even to eliminate the need to submit some of the documents, such as birth certificates, or a number of other documents, because in that case the document or data will be in the possession of the responsible institution, and not the citizen.

Queues at the counters, especially during this period of an active pandemic, put this couple at risk of getting infected with Covid-19. Careful monitoring of this case has shown us that North Macedonia needs an efficient and effective public administration so that citizens do not wander from one municipality to another for obtaining a marriage certificate.

We will explain the procedure step by step until the couple gets a marriage certificate.

Working hours have started, workers are not at work.

“The office is on the first floor, but it is not open yet,” said a municipal employee.

We twice phoned the director of the Office for management Registers of Births, Marriages and Deaths, Bujar Dardishta, to ask him where the workers who should be at work at 8.30 am are, but he did not answer the calls. This office is under the jurisdiction of the Ministry of Justice.

“It opens at 9 or 9.30,” said a municipal employee who works in the neighboring office.

While we were waiting for the employees to arrive, citizens gathered, waiting in line.

It was our turn after 10 minutes. We asked about the wedding procedure and what we should do.

“First, the documents need to be prepared. In order to determine the date of marriage, the couple’s birth certificates must not be older than 6 months,” the employee said.

“We have birth certificates, but they are older than 6 months,” the couple said.

“They are not valid, new ones are needed,” the employee explained.

We filled out the applications and submitted them, and the employee told us to come and get the birth certificates after a week.

For a document that can be issued in a few minutes, and according to practice 2-3 days, in this case, the citizens have to wait a week.

One week later, on the scheduled day, we went to get the birth certificates. One of the two employees arrived on time, while the other was not there at all.

While waiting in line, we witnessed the case of a citizen who urgently needed to obtain a marriage certificate.

“I have to get a marriage certificate today,” the citizen said to the employee.

The employee gave him a letter with a number, according to which the citizen will have to wait for 1 week, and he said that he needs it at the moment.

“I need it immediately,” the citizen said.

“It is not possible to obtain it today because there are people here waiting for a week. Come back in 2-3 days and we will somehow issue it,” said the employee.

“Take back this letter with the number, because I am going elsewhere to get this done,” said the outraged citizen and left.

It was our turn to receive the birth certificates, which were not yet ready, although we waited a week. We had to wait in front of the counter until the employee printed them on the spot. The employees could have done the same on the first day we submitted the requests.

After completing the paperwork, we asked to make a marriage appointment at the same counter.

“Everything is booked until March, so if you want to make an appointment, it is only after two months,” said one of the employees, who also recommended us to go to the Municipality of Butel.

Despite the fact that the couple lives in Čair and wanted to get married in their municipality, they were forced to go to the Municipality of Butel, because otherwise, they would have had to wait 2-3 months to get married.

We went to the Municipality of Butel at 8 o’clock in the morning to see when exactly the Registry Office opens.

The employee in this municipality started working before the official working hours and welcomed us in his office.

“We came to make an appointment for a wedding, we are from the Municipality of Čair,” they explained to the employee.

“Why don’t you get married in your own municipality?” – the employee asked.

The couple stated the reason, and the employee said that there is no problem, that they can get married in this municipality as well.

“We have available slots and we can appoint it on whichever day you want,” the employee said.

The couple filled out the form and set the wedding date in 3 days time.

According to the municipal price list, the wedding hall costs 1,000 denars.

In total, for obtaining the document the couple spent:

Travel and time expenses are not included in this price.

On the day of the wedding, the registrar called the couple by phone to remind them of the scheduled time for the wedding, and in 3 days he prepared the wedding certificate.

The wedding procedure did not last more than 20 minutes, after which the registrar congratulated the couple and gave them the marriage certificate.

The research of “Portalb.mk” on the digitalization of services can be read in the following four parts:

This Investigative article was produced as part of the project Increasing Civic Engagement in the Digital Agenda – ICEDA, co-funded by the European Union and implemented by the Metamorphosis Foundation (North Macedonia), the Academy of e-Governance (Estonia), Levizja Mjaft! (Albania), CRTA – Center for Research, Transparency and Accountability (Serbia), NGO 35mm (Montenegro) and ODK – Open Data Kosovo (Kosovo). The project is being implemented with financial support from the European Union.

In the first project year, the ICEDA team conducted a Public education campaign about the benefits and challenges related to the Digital Agenda. The campaign lasted from March 2020 – January 2021, …

ICEDA Training for sub-grantees and members of the ICEDA network

Marriage Certificate. Photo: Portalb.mk The citizens of our country face everyday problems of different nature when it comes to obtaining documents. The public administration does not always function properly and this is best shown by the public opinion polls. Portalb.mk directly followed the procedure for obtaining a wedding of a couple from Skopje, who decided […]

The new Covid-calculator with many open questions about users' privacy

The new Covid-calculator with which users can calculate their so-called covid-age or what is their risk of getting infected with Covid -19, although it can serve as a useful tool, leaves open many questions regarding the privacy of the data of those who will use it. The Covid-calculator was developed by the Macedonian Occupational Safety […] 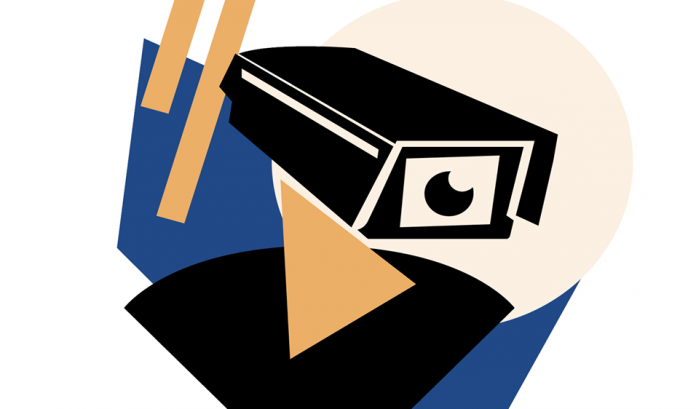 On the occasion of the 28th January – European Data Protection Day, the Metamorphosis Foundation for Internet and Society announced it will join the international movement “Reclaim Your Face”. “Reclaim Your Face” is a movement started by members of EDRi – European Digital Rights Initiative, in order to limit the use of systems for mass […]