On May 10, at the Cultural Center in Ferizaj, Open Data Kosovo (ODK) launched the project “Accountability, Technology and Institutional Opening network in Southeast Europe – ACTION SEE “.

ODK as part of the Action SEE network which is composed of regional organizations in Southeast Europe launched the regional project in Kosovo which will enable various research regarding cooperation government-CSOs-media, establishing of regional openness index, as well as financial assistance in the form of micro-grants to CSOs to facilitate tackling bold issues and enable them increase their capacities. “Good governance is the key to the rule of law. While problems with corruption, transparency, rule of law and good governance are always in the spotlight, there is still a lack of understanding and systemic problems that hardly receive coverage enough to show it” said Besnik Rrustemi representative of Open Data Kosovo.

Also at this meeting was emphasized that during the next 4 years small grants will be awarded which will enable non-governmental organizations and media organizations to increase their capacity by working on different topics and issues.

“The project aims to increase the involvement of civil society and media in decision-making processes, policy and public opinion, as well as increasing the capacity of civil society to address the significant problems” said Partin Imeri representative of Open Data Kosovo. Albion Sheriff of Political Youth Forum said: “The role of civil society organizations is crucial in the progress of public policies, but the majority of these commitments are misunderstood as a “war” against the government. At the local level, the role of CSOs is very important in addressing and advocating for certain issues regarding the category of certain society. Generally, networking organizations with the same vocations and their consistent commitment to specific causes, enables them guaranteed participation in decision-making, otherwise it would be just “a voice without noise”.

The meeting was attended by 21 representatives of civil society, media, and other guests from municipal institutions.

ACTION SEE project is funded by the European Union, implemented by Metamorphosis Foundation, in partnership with the Westminster Foundation for Democracy from Great Britain, CRTA – Center for Research, Transparency and Accountability from Serbia, Citizens Association Why not? from Bosnia and Herzegovina,Center for Democratic Transition from Montenegro, Open Data Kosovo (ODK) from Kosovo and Levizja Mjaft! from Albania. 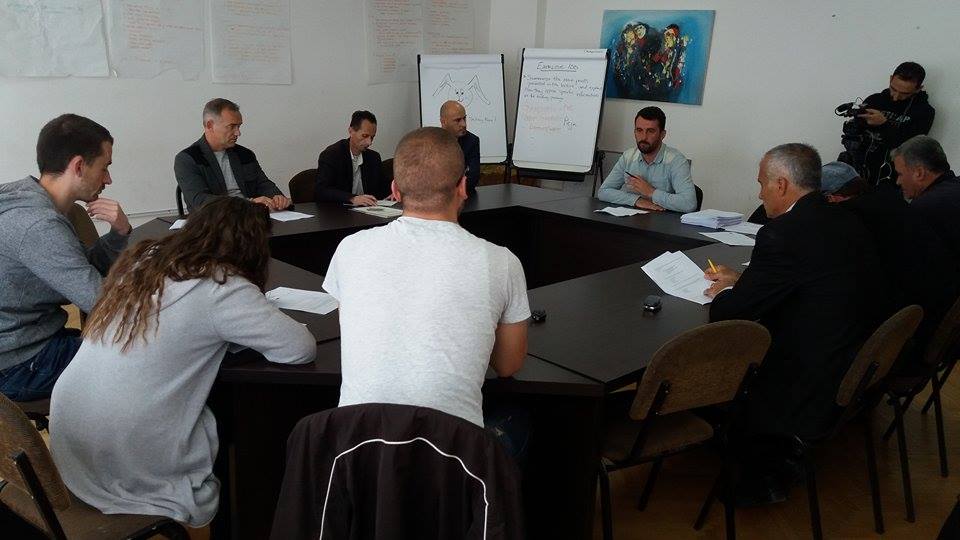