The Metamorphosis Foundation held a presentation and discussion of the results of the Assessment of the State of Good Governance in North Macedonia and the Region through the Openness Index – Assembly and Executive Power. The event was held on September 13 on the Zoom platform, and numerous representatives from state institutions, the non-governmental sector and academia in the country attended it. The participants exchanged opinions and views on the openness of the Macedonian institutions, but also proposals and ideas on how to improve it.

The Deputy Prime Minister in charge of good governance policies, Slavica Grkovska, gave the opening speech and highlighted transparency as an important factor in implementing successful anti-corruption policies. She emphasized that the proactivity of the institutions enables citizens, civil society organizations, as well as representatives of the media to receive information about the operations of the institutions more easily, quickly and efficiently, and thus to exercise control over their operations.

Danče Danilovska Bajdevska and Nada Naumovska, authors of the Openness Index at the executive level, presented the results that show that this year, as well as last year, the Government of North Macedonia is the most open, fulfilling 82.71% of the set criteria for openness. The result is very good, because for three years in a row the Government of North Macedonia is in the first place in the region. When it comes to the ministries, on average the ministries of North Macedonia with 58.56% fulfillment of the openness indicators achieve the best results. In other countries, the ministries meet less than half of the set indicators – in Montenegro 48.17%, Serbia 46.82%, and Bosnia and Herzegovina 38.5%.

The assessment is the result of a comprehensive empirical research based on the Openness Index, the purpose of which is to determine the degree to which the principles of good governance are respected in the region. The regional perspective serves as a reference for how the states in the region are progressing towards improving good governance and the rule of law that leads them to their strategic goal – EU membership.

The General Secretary of the Government, Metodija Dimovski, also addressed the event, who emphasized the importance of the proactive openness of the institutions as a prerequisite for increasing the trust of the citizens and their participation in the policy-building process. Gordana Gapikj Dimitrovska, State Counselor in the Ministry of Information Society and Administration, emphasized that when we talk about openness and transparency, we are not only talking about the institutions, but also about the institutions’ partnerships with non-governmental organizations that contribute a lot on this topic. She emphasized MISA’s commitment to proactive transparency and gave a brief overview of the fifth action plan of the Open Government Partnership, as well as some of the commitments it includes.

The Assessment of the state of good governance in the local self-government units in the Republic of North Macedonia for 2022 was also promoted at the event. The assessment is the result of a comprehensive empirical research based on the Openness Index, the purpose of which is to determine the degree to which the principles of good governance are respected in local governments. The paper provides an in-depth analysis of the work of local governments in the Republic of North Macedonia, as well as recommendations for improvement.

Memet Memeti, author of this paper, presented the results indicating that LGUs still apply low standards for consultation, transparency, monitoring and control in their operations. The average result of the local self-government units according to the survey for 2022 is 27%. This is an indication of a low level of openness in the operation of the local government in the Republic of North Macedonia. The municipalities have the highest average score for the indicators in the area of ​​transparency, 34%, and the lowest average score in the area of ​​awareness, 13%, the same as last year. 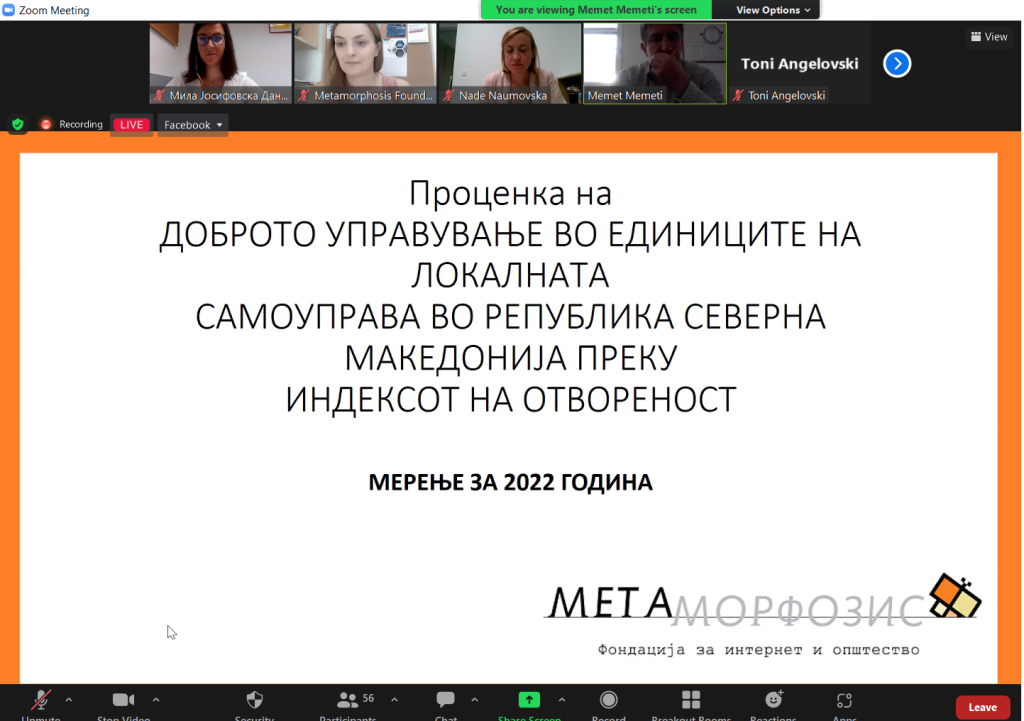 The Assessment of the state of good governance in North Macedonia and the region through the Openness Index – Assembly and Executive Branch of Power – 2021 measurement is available in Macedonian, Albanian and English.

The Assessment of the state of good governance in the local self-government units in the Republic of North Macedonia for 2022 is available in Macedonian and Albanian. 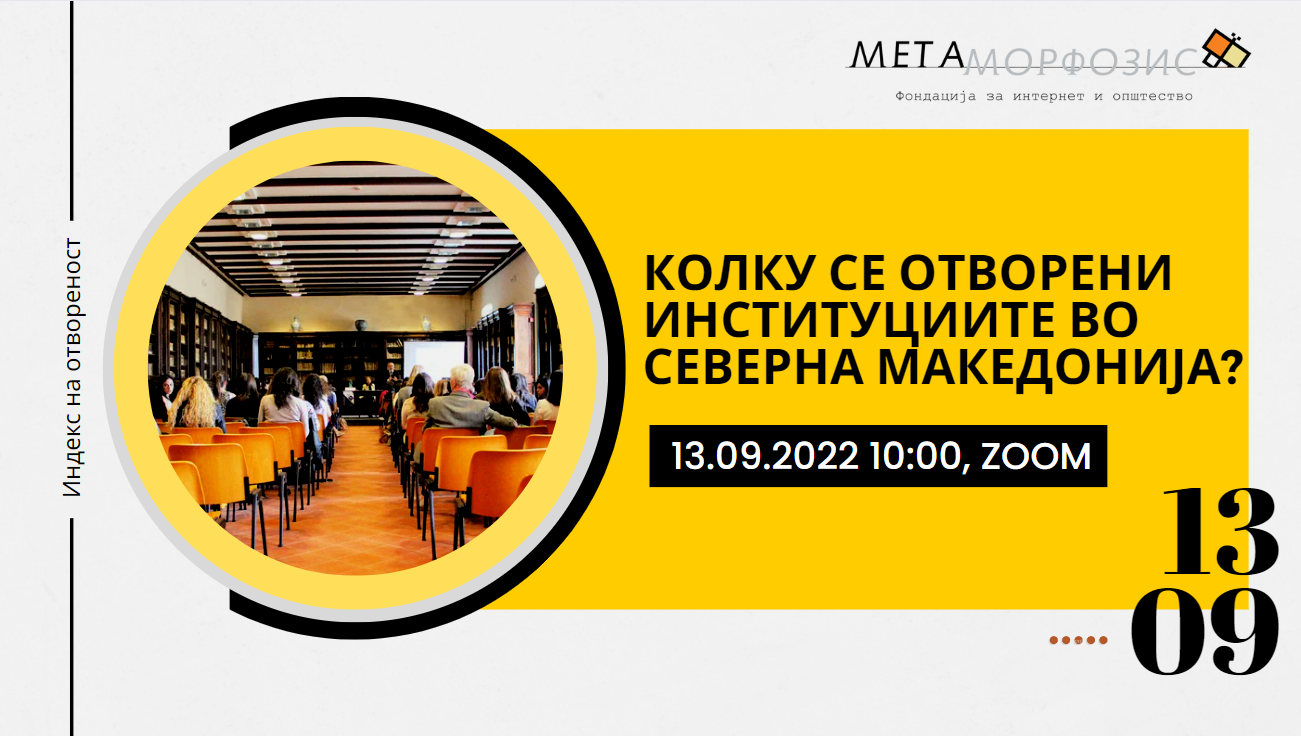 With support from USAID’s Civic Engagement Project and the National Endowment for Democracy, the Metamorphosis Foundation, in collaboration with partners from the regional network of CSOs – Accountability, Technology and Institutional Openness Network…