DEBATE: Digitalization will bring benefits to citizens, but requires additional effort and resources 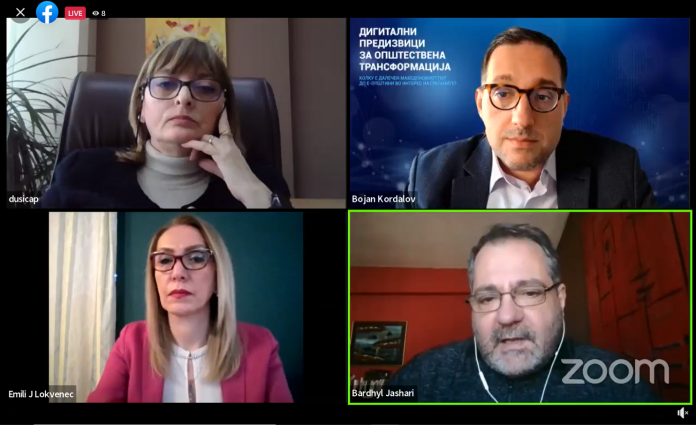 Digitalization would bring a huge advantage to both the citizens and the transparency and accountability of local governments, but the needed level will require a lot of effort and money. In the meantime, the work on the process of “digitalization” of the municipalities under the control of some “center” should be continued, because independent attempts do not bring many benefits.

These are some of the main observations of the speakers in today’s round table discussion “How to create e-municipalities of interest to citizens?” which was held virtually, through Zoom and was broadcast on Facebook.

The event organized by the Friedrich Naumann Foundation – Southeast Europe and the Institute for Good Governance and Euro-Atlantic Perspectives (IDUEP) was addressed by Ivaylo Conev, Project Coordinator of the Friedrich Naumann Foundation, then the Minister of Local Self-Government of Macedonia, Goran Milevski, Dušiica Perišikj,, Executive Director of ZELS, Bardhyl Jashari, Executive Director of the Metamorphosis Foundation, Emili Jovanovikj- Lokvenec, Business Analyst / Information Systems Specialist at UNDP, and Bojan Kordalov, communicologist and coordinator of the IDUEP Program. 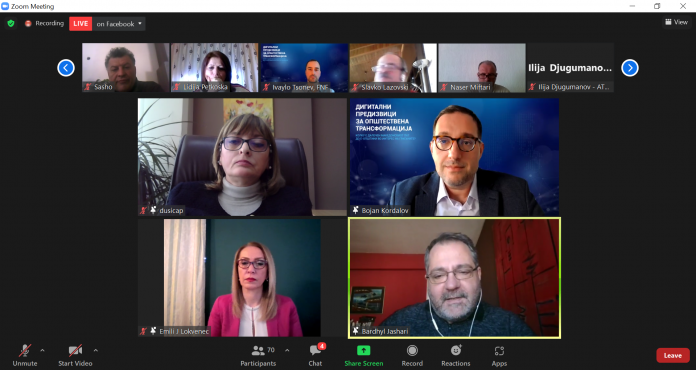 According to Minister Milevski, especially during the pandemic with Covid-19, digital transformation of municipalities is possible, and it is defined in the Government’s priorities for digitalization and increasing transparency and accountability. According to the Minister, the state is a key factor that can provide real digitalization, i.e. digital transformation of municipalities, so that they can provide quality digital services, said the Minister of Local Self-Government.

“E-service for construction is provided by all municipalities – it is proof that with the support of the central level, digital services can be provided,” Milevski is convinced.

As Dušica Perišikj, Executive Director of ZELS, said, digitalization, although started a long time ago, is now lost in various projects, which cannot be merged. Therefore, real digitalization should be sought in solutions, i.e. tools that will be applied everywhere, and immediately.

“Digitalization is important for all citizens, but it is not a new thing. Back in 2009 or 2010, the “Report a Problem” tool was created, and then other tools appeared with the support of sponsors, and now that digital tool is not being used, although it can meet many needs. Therefore, I do not think that donors are the key to digitalization, but we need will to achieve digitalization,” said Perišikj.

According to Bardhyl Jashari, Executive Director of Metamorphosis Foundation, the up-to-datedness of digital services, but also information, is one of the main challenges faced by municipalities, so only 20% of municipalities have regular updates of basic information, such as public information officer. 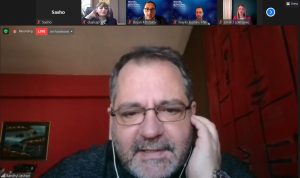 He said that digitalization must not be an end in itself, but part of a strategy at the state level, to use the real benefits of this instrument for every citizen, no matter where they live.

“Only then will we feel the benefits, otherwise the same mistakes will be repeated. The analysis we have conducted has shown that a vision, a strategy is needed,” Jashari explained.