The eleventh International Conference e-society.Mk on the topic “Freedom and Privacy on the Internet” took place on December 10 at the Holiday Inn hotel in Skopje. The conference was attended by more than 200 guests, representatives from the public, private and NGO sector. The conference was opened by the French Ambassador to Macedonia, H.E. Ms. Laurence Auer, who emphasized that during the pre-election period, media should be informing objectively and feel superior to the political parties.

“We are witnessing the disappearance of the border between what is virtual and what is real. The media are the first vector for informing the citizens, and in these six months to elections, they should try to inform fairly and objectively and feel superior to the political parties,” says Auer.

According to her, the internet provides new methods for dialogue and information, but also has a certain risk when terrorists use it as a tool for discussion.

Deputy Prime Minister for European Integration, Fatmir Besimi, said that the world is not the same before and after the internet appeared, that it supports the right to freedom of expression even more, and that social networks influence the democratic processes. He said that currently 1.3 million Macedonian citizens use the internet, and about one million use the internet on mobile devices. The Director of the International Institute for Human Rights and Peace added that the internet contributes to freedom of expression and that it’s an excellent source of information. “It is therefore important to protect it,” says Bosa.

Bardhyl Jashari, the director of the Metamorphosis Foundation, emphasized that it is crucial to find a balance between freedom of expression and the right to privacy, to keep the internet free, and for Macedonian citizens to be able to speak freely and without fear that their right to privacy would be violated.

“In the name of safety and security, freedom of expression and freedom of the internet is being directly threatened. We need to find a way to keep the internet free, and at the same time ensure the citizens’ right to privacy. The Internet must be free of hate speech,” said Jashari.

In the session titled: Human Rights as the basis of modern society, experiences were shared by Sebastien Botreau-Bonterre, expert on human rights, cooperation attaché at the Embassy of France, Silva Pesic, Human Rights Adviser, Office of the UN Resident Coordinator, Catherine-Amelie Chassin, general secretary of the International Institute of Human Rights and Peace, and Uranija Pirovska, Macedonian Helsinki Committee. Examples and experiences from France and Macedonia were discussed in this session, as well as the mechanisms and directions in which the legislation and the awareness among people should be developed. In the session titled “Privacy”, Jillian York from the EFF – Electronic Frontier Foundation and IFEX, Liljana Pecova – Ilieska from the Directorate for Personal Data Protection, Andrej Petrovski from Share Defense and Elena Stojanovska, a privacy expert, discussed about the development of this topic, the challenges in privacy protection, the various projects, researches and activities. Speeches in the last session on “Freedom of Expression” were delivered by Mirche Adamchevski from the Council of Media Ethics of Macedonia, Tihomir Loza from the SEENPM – Southeast European Network for Professionalization of Media and IFEX, Borjana Dzhambazova from the Association of European Journalists – Bulgaria and Dejan Georgievski , president of the Media Development Centre. They discussed about freedom of expression in the media, regulatory bodies, the various challenges faced by the media, freedom of expression vs. hate speech, etc. The second part of the conference was divided into 4 workshops that took place simultaneously, covering topics such as: human rights education – sharing best practices; tools that increase safety and privacy on the internet; journalistic standards and human rights, including the fight against hate speech; and human rights and elections + other issues in the area of human rights. During these workshops, participants had the opportunity to attend presentations on the current topics, ask questions, discuss and share experiences.

The complete video recording of the conference is available at Metamorphosis’ YouTube channel.

Photo gallery from the event 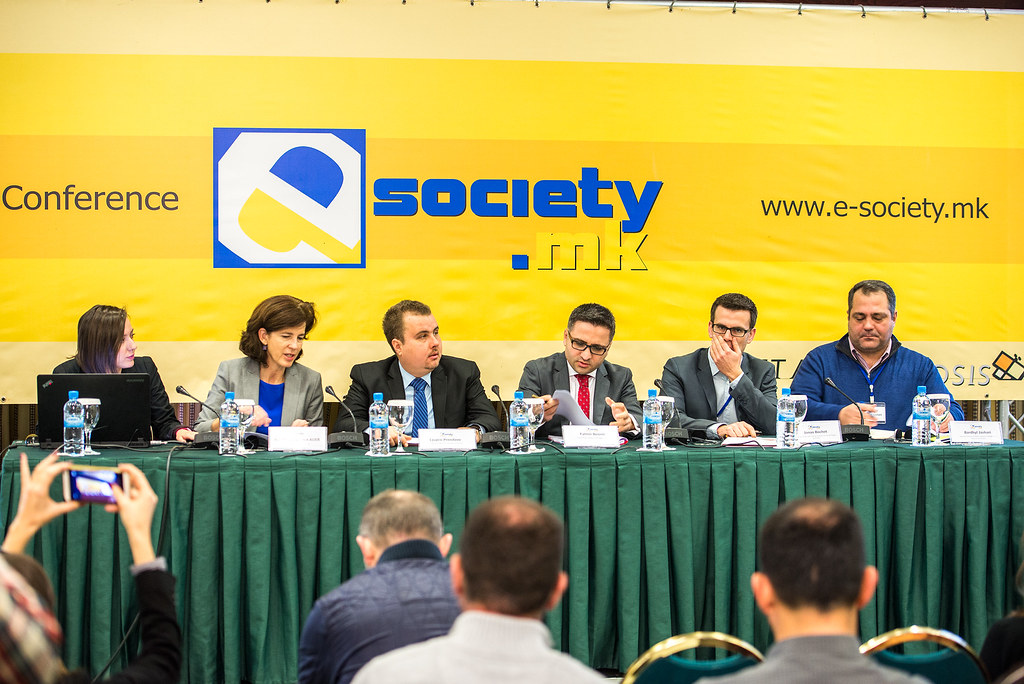