E-society.mk: The cooperation among fact-checkers is crucial for combating disinformation

The problem of disinformation at the international level can best be combated only if fact-checkers from all over the world unite. They should constantly communicate and cooperate because infodemia is a global phenomenon and the amount of disinformation is huge. That is why we set up the International Fact-Checking Network (IFCN): to unite and help each other. Thus, we now have a database of 90,000 fact-checking cases from around the world, said Ferdi Ferhat Ozsoy, IFCN Program Manager, in today’s discussion entitled “Disinformation and the threat to democracy.”

The discussion was the penultimate event of this year’s 17th international conference “e-Society.mk” organized by the Metamorphosis Foundation, which ended today.

The 4-day conference discussed digital transformation, open data and their importance for democratic development, as well as digital security. Among the main topics were the dissemination of disinformation and ways to combat them, as well as the improvement of media literacy and critical thinking.

The need to involve more stakeholders in the fight against the spread of disinformation, which with the pandemic of Covid-19 becomes a huge problem is to clearly define guidelines for dealing with disinformation, said the moderator of the roundtable discussion, Filip Stojanovski, Director of Partnership and Resource Development at “Metamorphosis”.

In addition to Ozsoj and Stojanovski, Alcheo Smerilli from the StratCom Western Balkans Task Force at the European External Action Service and Ana Ješe Perkovič from the Center for European Perspective (CEP) in Ljubljana also presented their own and the experiences of the organizations they represent, as well as gave recommendations for more effective coping with misinformation. Ivan Sigal, CEO of Global Voices and Vladimir Petreski, editor of Truthmeter.mk also spoke at this panel.

All speakers in the discussion specifically noted the problem with political centers, states, and state-sponsored actors inciting the spread of disinformation in an attempt to undermine democratic societies.

But no matter where the disinformation comes from and for what purpose, an approach is needed to deal with it that will cover the whole society, and that means the work of the authorities to strengthen the citizens’ trust in them through transparency and accountability, to be serious to understanding in their attempt to curb disinformation. But it is necessary to develop media literacy and professional journalism, and civil society organizations have a key role, said the speakers.

According to Perkovič, the problem of disinformation in the Western Balkans is particularly pronounced, and the reasons for this may be due to the chronic distrust of citizens in the authorities, due to poor transitions throughout Eastern Europe in general, so societies are not resistant to disinformation.

“When we talk about disinformation and the impact of a democratic environment, the question is how to make societies very resilient to disinformation. One factor is education, the second is media literacy, but of course, we need more professional journalism. Anti-vaccine disinformation requires an all-social approach, so the authorities should play a role, but in those countries where trust in them is weak, civil society organizations should play a particularly important role,” she said.

According to the editor of Truthmeter.mk, the problem of political factors in disinformation is clearly visible.

“Many countries now have disinformation networks and they often have political support, sometimes strong government support. We were also victims of such attacks, they were very strong, and they threatened us with various things… There were days when I would come to work and see 50 attacks on social networks. Those attacks continued when we started cooperating with social media. They accused us of censorship, there were threats of protest in front of our building, these are people who are difficult to talk to because they are part of those politically motivated disinformation networks,” Petreski explained.

However, he said, in the broad approach to the various factors involved in dealing with disinformation, one thing is crucial – the more disinformation is spread, the more fact-checkers need to respond with arguments that represent the truth versus disinformation.

“The first thing is perseverance – no matter how much disinformation is spread, we need to do even more fact-checking to prevent disinformation networks from becoming mainstream. The second thing is to be wise, to build communities of fact-checkers, but also to work on media literacy,” said the editor of Truthmeter.mk. 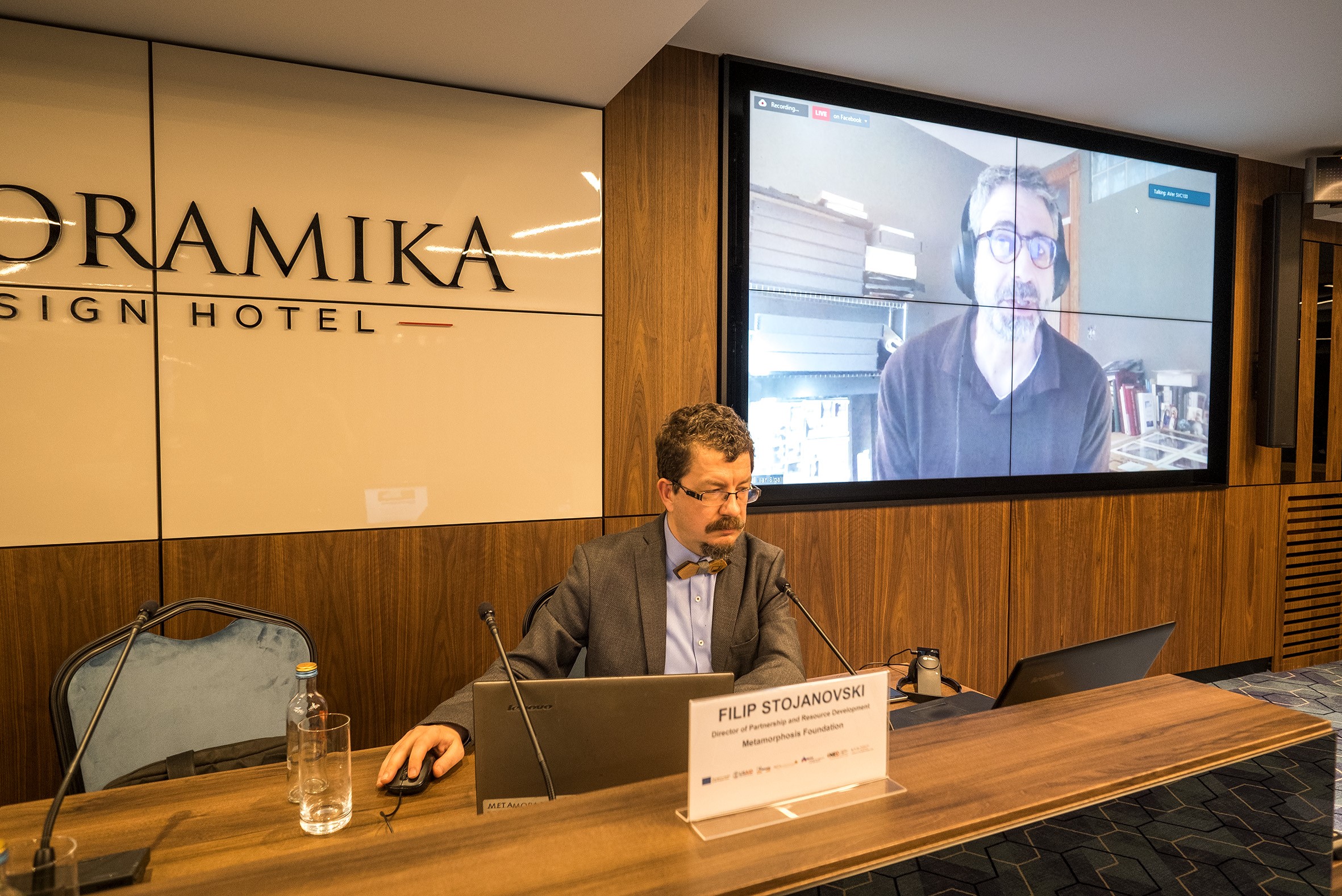