E-society.mk: The number of published disinformation in some media on the rise

In addition to the mechanisms for recognizing fake news and disinformation, the topic of discussion at today’s session “Legal aspects and self-regulation in the fight against misinformation” as part of the 17th edition of the conference e-Society.mk was media reporting and dissemination of disinformation on social networks.

The Executive Director of the Association of Journalists of Macedonia, Dragan Sekulovski stressed that the Macedonian Radio Television as a public service paid by the citizens should have the role of the main service for fact-checking. But he said that it is worrying that MRT has a smaller budget this year compared to previous years.

The importance of strengthening the financial support of MRT was also emphasized by Katerina Sinadinovska, Chairwoman of the Management Board of the Council for Media Ethics in Macedonia (CMEM). She said that every public service broadcaster is obliged to educate the public and produce its own quality content as opposed to the broadcast program purchased from other media outlets, and for that, a sufficient budget is needed.

Sinadinovska said that CMEM’s cooperation with the media that are members of the organization has significantly improved and the media are increasingly participating in mediation processes. However, in order to point out problems in the work of non-member media, CMEM publishes opinions.

“Of all the complaints we receive, Article 1 of the Code of Journalists, which requires the publication of verified and accurate information, is the most violated. Of the total number of complaints, 70 percent are for Article 1, and it is worrying that it is growing. This causes damage because if it is later announced that it is disinformation, the damage has already been done,” Sinadinovska stressed.

She added that the disrespect of Articles 7 and 8, which were violated in the past days when the tragedy with the bus in which 45 people died, are also a defeat for Macedonian journalism. Those articles require reporting without sensationalism, not revealing identity, respecting personal pain and grief as well as reporting to all parties involved without suggesting a verdict.

The editor of Portalb.mk, Elida Zulbeari pointed out that from a journalistic point of view, the phenomenon of creating new media in the pre-election period when state money should be distributed is discriminatory, and a review shows that many have no address or Impressum, but are registered one month before the start of the campaign, thus meeting the conditions to receive money. Zulbeari emphasized that such media spread disinformation and distort professional reporting only to make a profit or to spread a black campaign and disinformation, which contributes to the public distrust in journalism.

In order to improve the media image, according to Sekulovski, journalists should adhere to ethical standards, politicians should also be careful because they often tell lies and disinformation in public, which is political ignorance. “The code of ethics is not only for journalists but for all citizens,” Sekulovski stressed.

He also believes that the motivation of young journalists is of particular importance for creating conditions for journalists to report professionally. Sinadinovska also thinks that the reduction of the number of journalists is tragic.

“In general, the image of media in our country does not differ much from the foreign ones in terms of the decline in the quality of reporting. In our country, unfortunately, the mainstream media do not fulfill their goal and do not protect the public interest. We lack the refinement of the public media space because the media educate the public with their content,” she said.

The speakers also referred to the need for the Chamber of Commerce to recommend companies to advertise in media that are on the positive list of professional media where their work can be monitored and thus show social responsibility. This will make it easier for companies to discredit non-professional media.

The editor of the Meta.mk News Agency, Goran Rizaov, during the discussion reminded the public that although journalists and all employees of the Metamorphosis Foundation have been the target of online threats and a black campaign for a year now, the competent institutions have not taken any action regarding hatred and threats of physical violence. 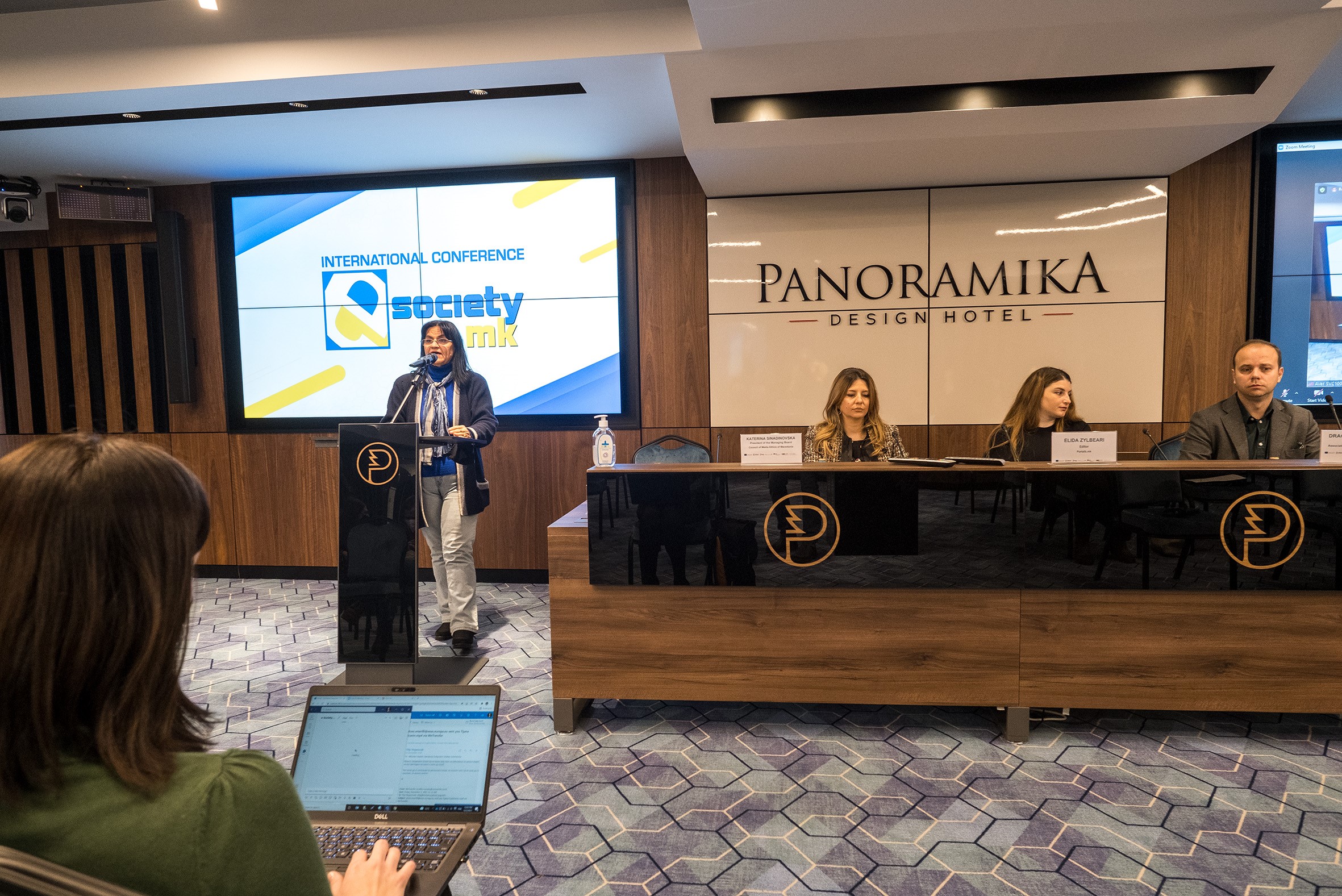