Hate speech inscriptions on the entrance door of the Museum of the Albanian alphabet in Bitola!

Freedom of Expression and Hate Speech

Platform against hate speech[1] condemns the demolition of the Museum of the Albanian alphabet in Bitola[2]. Namely, on November 22, the Albanian Alphabet Day, unknown perpetrators vandalized the Museum of the Albanian alphabet in Bitola, by writing a text that contains hate speech against ethnicity i.e. sends insulting and humiliating messages to the Albanian ethnic community. This is fourth such attack on the Museum. The previous incident took place only 10 days ago[3], when a swastika was drawn on the entrance door, whereas the first and the second incident took place in May and July 2013[4]. 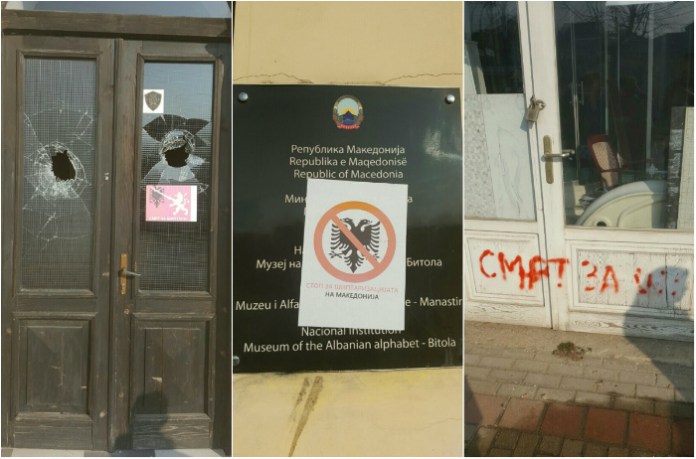 18th General Meeting and Strategy Conference of International Freedom of Expression Exchange (IFEX) has been held in the capital Port-of-Spain of Trinidad & Tobago in the northeastern coast of Venezuela. IFEX increased its…