How to stay safe on the internet?

Basic things you can do: 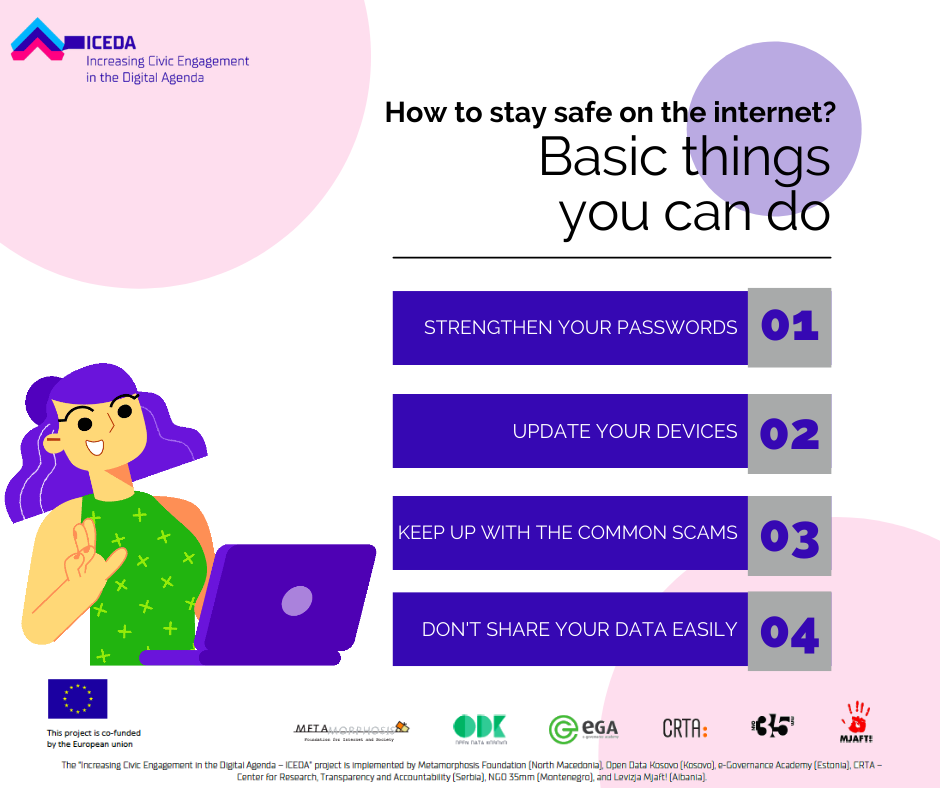