The press conference titled “Openness of institutions of executive power in the region and Montenegro” took place on April 24, at the CentreVille hotel in Podgorica. This event saw the presentation of the results of the research on openness of executive powers in the region, carried out within the project ACTION SEE – Accountability, Technology and Institutional Openness Network in SEE.

The head of the delegation of the European Union in Montenegro, Mr. Aivo Orav, said good governance is impossible without open institutions, and without good governance there is no rule of law. “If institutions don’t share information, it usually means that they have something to conceal. Such secrets should not exist for countries that strive to become members of the EU.” – Orav said. “There isn’t a thing such as too much transparency and too much openness” – he concluded.

Transparency as prerequisite for progress

The State Secretary of the Ministry of Public Administration of Montenegro, Mr. Goran Jovetic, said that the state institutions’ level of openness and transparency is a precondition for every democratic and economic progress.

Mr. Dragan Koprivica, director of the Center for Democratic Transition – CDT, one of the partner organizations in the ACTION SEE project, said that openness of powers is one of the fundamental postulates of good governance and an important feature of every democratic society.

Unfortunately, he deems that this is a poorly covered topic throughout the region, and the concrete steps for meeting the openness standards are even poorer.

“Therefore, the members of the ACTION SEE network, supported by the National Endowment for Democracy (NED) and the European Commission, have developed a scientific methodology for measuring the openness in the region. We have prepared indicators that give authentic image of the openness and we have gathered data on governments, ministries and other state bodies from 6 countries in the region” Koprivica added.

Institutions’ work has been measured on the basis of more than 80 indicators and there have been more than 15.000 pieces of data about them.

“The openness policy must be a policy of all governments in the region, it must find its place as the other important state policies”, Koprivica concluded.

Representatives of Center for Democratic Transition – CDT from Montenegro, Why not? from Bosnia and Herzegovina, CRTA from Serbia, Metamorphosis from Macedonia, Mjaft! from Albania and Open Data Kosovo from Kosovo talked about executive powers in the region. The openness of executive powers hasn’t reached satisfactory level. On average, openness fulfils 47% of indicators. Openness of executive powers of Montenegro holds the first place in the region with 66% completion of indicators. It’s followed by Serbia with 56%, Bosnia and Herzegovina with 44%, Kosovo with 40%, Albania with 38% and Macedonia with 36%.

Lack of openness of institutions has been noticed in several fields, from implementation of the Law on Free Access to Public Information, showing the way institutions spend citizens’ money to use of obsolete means of communication. 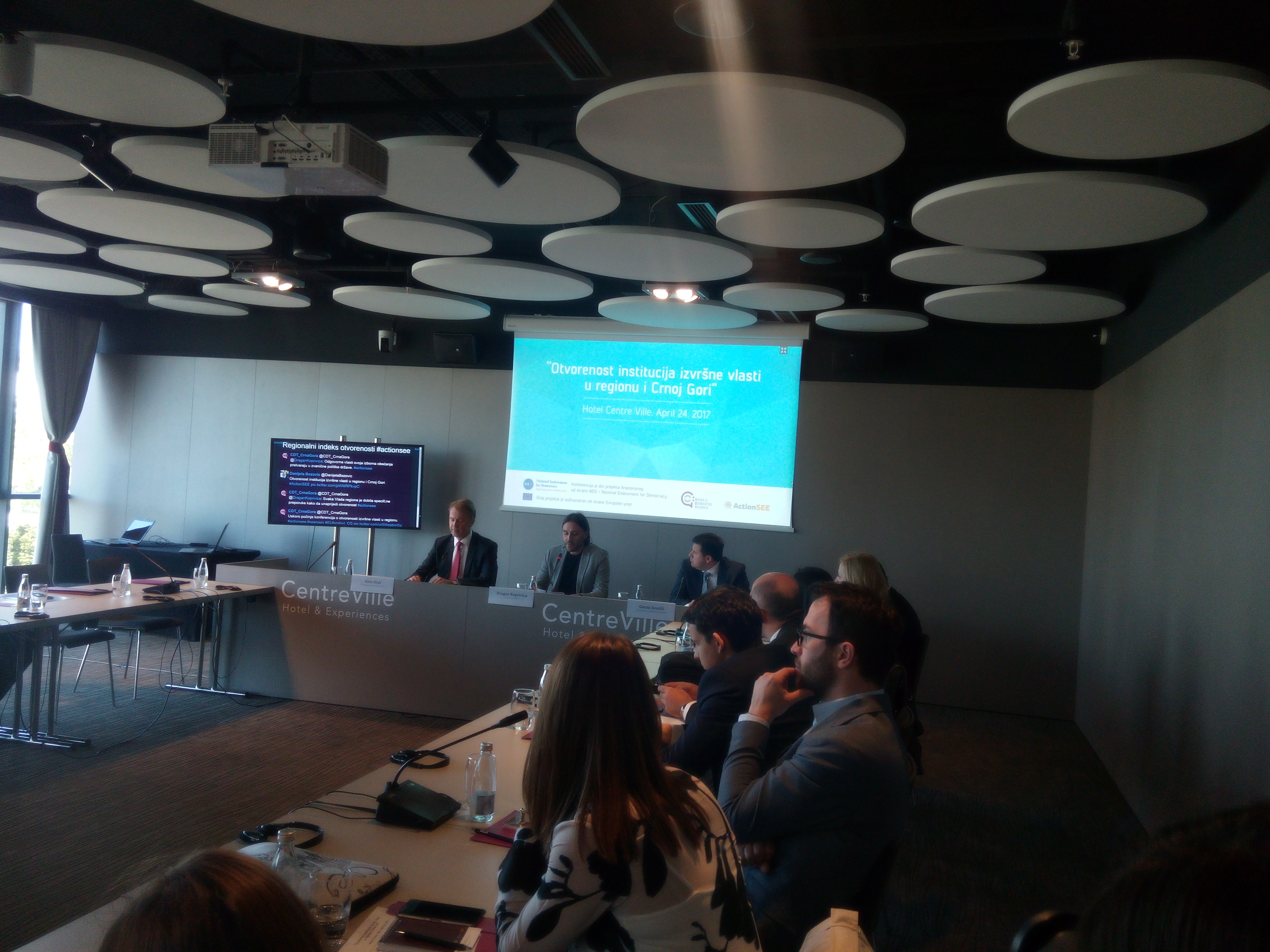