Digitalization in all spheres and for all social groups (without exception) is an effective mechanism for improving the well-being of citizens. This means improving the digital work and greater efficiency of institutions, organizations and other social entities. The Digital Agenda (DA) covers the development of the information society in the broadest sense. In order to actualize the issues of DA in the countries of the Western Balkans, the project Increasing Civic Engagement in the DA – ICEDA is currently being implemented with the financial support of the European Union (EU).

Although the topic of DA as an initiative covers a number of aspects, the activities and studies of the ICEDA project are mainly focused on the implementation of: e-government, raising public awareness, digital literacy and civic participation. Within this framework, in the period between March – May 2021, research consistent with the baseline study (conducted in the period between May – June 2020) was conducted in each of the targeted Western Balkan countries, namely Albania, Kosovo, Montenegro, North Macedonia, and Serbia. The aim of the research is to measure the progress in relation to the initial state of the areas correlated with the DA. The analysis resulted in a report that deals with topics related to the chapters of EU legislation, relevant to the DA, i.e. Chapter 10, entitled – “Information Society and Media”.

Specifically, this document represents a cumulative report of DA advancement in each of the targeted Western Balkan countries which provides a comparative overview of the current situation in this field. More specific information for each country can be found in the individual Country reports, links to which are available in the Roadmap section of this document. 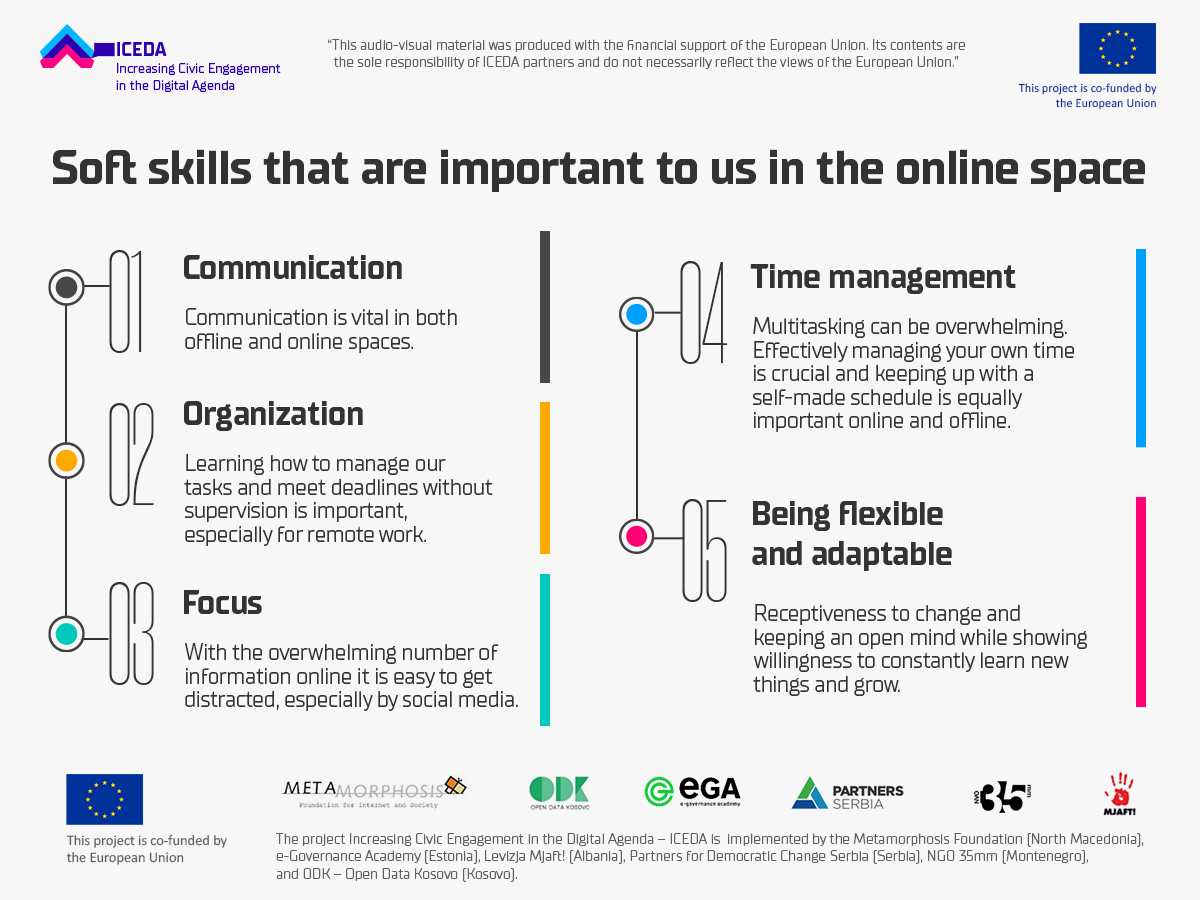 Digital literacy means that we know how to: Think critically Create, access, and verify information Manage online identity Protect our privacy and data Use technology effectively This visualization is available in English, Macedonian, Albanian, Serbian and Montenegrin language. This visualization is part of the project Increasing Civic Engagement in the Digital Agenda – ICEDA, co-funded […] 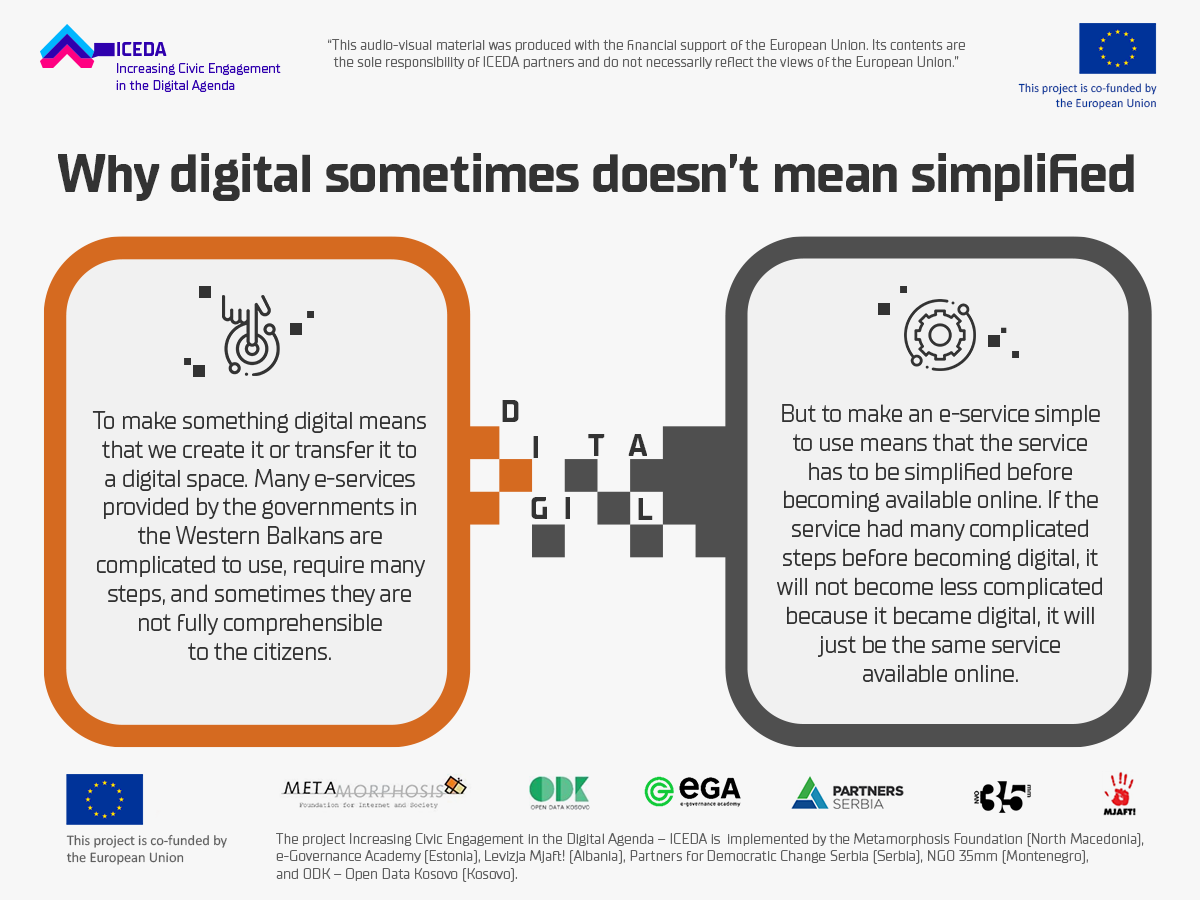 Open data has the potential to generate public value, especially when it comes to transparency and innovation, but also to enable economic growth. The concept of open data has a transformative nature and enormous innovative potential. Open data enables data-driven innovation and creates possibilities for solving different problems in both the public and private sectors. […] 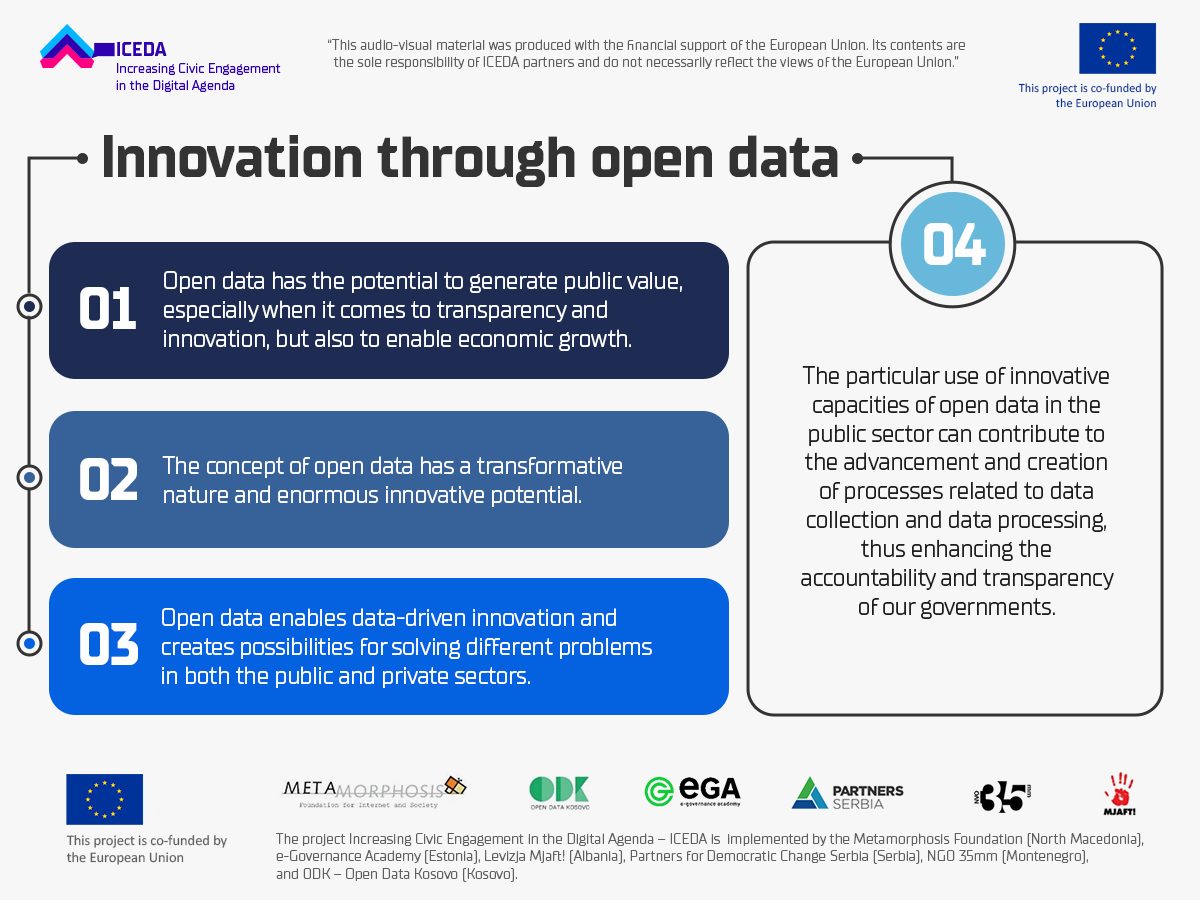