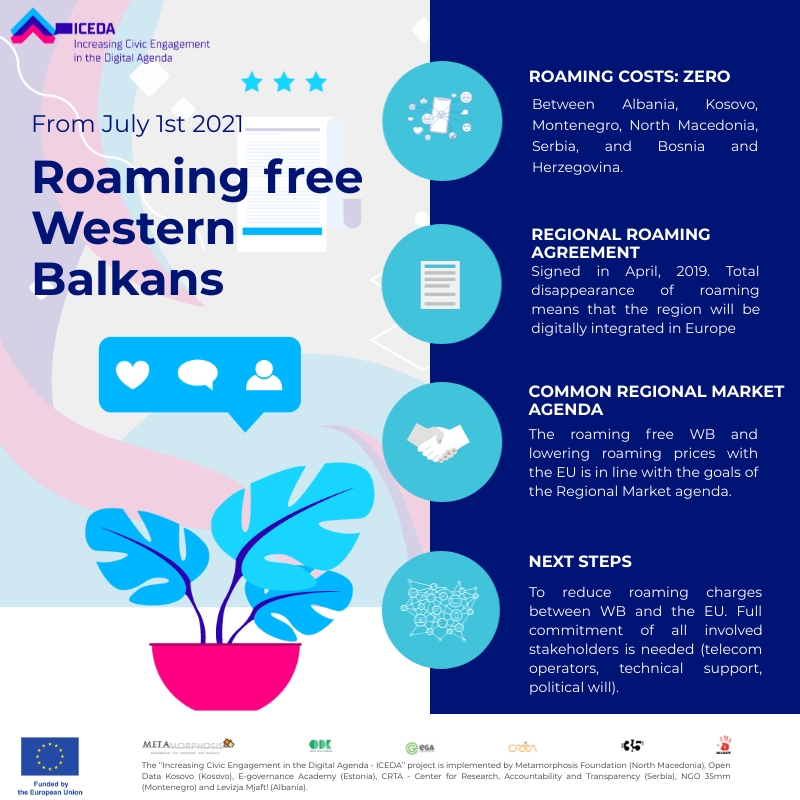 REGIONAL ROAMING AGREEMENT: signed in April, 2019. Total disappearance of roaming means that the region will be digitally integrated in Europe.

COMMON REGIONAL MARKET AGENDA: The roaming free WB and lowering roaming prices with the EU is in line with the goals of the Regional Market agenda.

NEXT STEPS: To reduce roaming charges between WB and the EU. Full commitment of all involved stakeholders is needed (telecom operators, technical support, political will).

This visualization is available in English, Macedonian, Albanian, Serbian and Montenegrin language.