Freedom on the Internet

The Second Regional Internet Freedom Summit #IFSummit, which took place from 22 to 24 March in Struga, was attended by over 100 Internet freedom experts, jurists, activists and representatives of international organizations.

The conclusion of this discussion, moderated by Metamorphosis’ executive director Bardhyl Jashari, is that the digital sphere brings more and more new challenges. Unfortunately, the Internet and free Internet expression are a platform for hate and terrorism speech, but at the same time, that freedom is the main tool in the fight against negative tendencies because it offers possibilities for social cohesion. Olga Kyryliuk of Digital Defenders Partners – Ukraine reflected on the practice of filtering and blocking online content by some countries which is violation of the international law.

Countries’ competences regarding citizens’ Internet freedom was the main topic that permeated all Summit sessions, which were divided in three tracks:

Metamorphosis’ team led “The Faces of Free Expression” session, which focused on personal experiences of people from the Eastern Europe and Eurasian region who had stood up against injustice and made sacrifices in defense of freedom of expression and human rights. Tomislav Kezharovski was one of the speakers and he shared his experiences, but he also warned that being a journalist today is not just a profession, but a mission – every journalists is an activist too. During the same session, examples were also given by the representative of IFEX, Leslie de Freitas.

The summit also provided the opportunity for sharing experiences and knowledge between specialists from different areas, for example, IT cybersecurity experts shared their knowledge with privacy protection activists and professionals, especially from countries with repressive regimes.

This event took place at the time of the global Facebook users personal data abuse scandal related to Cambridge Analytica, and the general conclusion was that protecting privacy in times of mass surveillance not only by secret services, but also by powerful political and economic subjects, is becoming more and more difficult. The plenary session dedicated to the (im)possibility for privacy protection from intelligence services was marked by the presentation of the UN Special Rapporteur on privacy protection Joseph Cannataci. By illustrating examples related to Macedonia, he concluded that countries, and the international law as well, do very little in terms of protecting citizens and called for greater active role of all stakeholders in order to form international standards that would be complied by all countries. During the same session, a presentation was delivered by the Macedonian intelligence agent Gjorgji Lazarevski.

Apart from the number of discussions and participants, Summit’s conclusion is that the line between well-meaning state “establishment of order” and censure and control is thin. Experiences of activists and experts from countries like Moldova, Ukraine, Georgia and particularly Russia, show that by presenting establishment of systems for protection from abuses, countries establish content filtering and censoring tools by the back door. 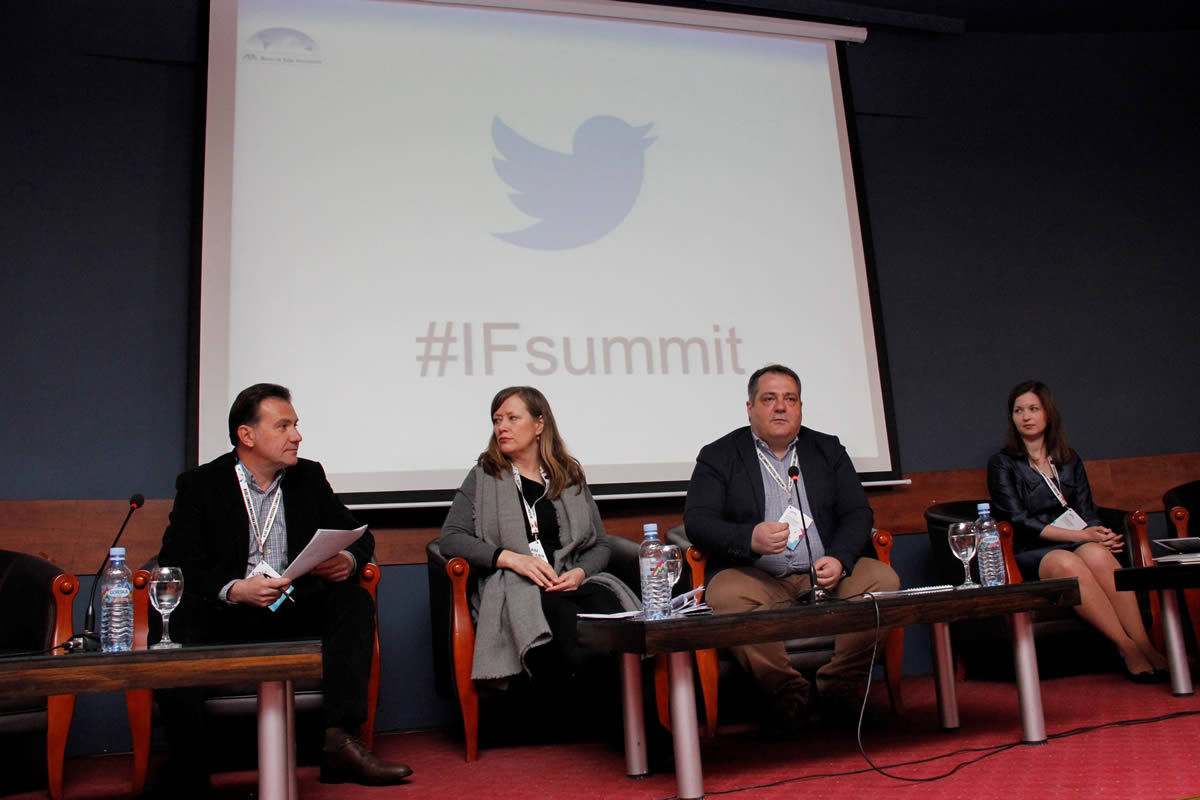 Freedom on the Internet public event took place in Shtip

The Internet brings plenty of changes, and one of the most significant is that it allows spreading the process of public informing among great deal of stakeholders, not just journalists who do so…

Freedom on the Internet public event took place in Tetovo

Freedom on the Internet public event took place in Skopje

Freedom on the Internet public event took place in Bitola