How often have you communicated with the leaders you elected into local or national office? Have you ever called or emailed your representative to tell them your priorities and how you want them to weigh in on an issue? Have you seen your ideas put into action?

In North Macedonia, with USAID support, the government has created a new tool, an online platform for the Open Government Partnership, specifically to hear from citizens about which priorities and actions are most important to them. They are using this new website to create the country’s next National Action Plan for the Open Government Partnership (OGP), which advances initiatives to increase government transparency, accountability and inclusion.

Citizens do want to collaborate with the government by giving their ideas and feedback, and in turn, the government does want to better serve citizens by understanding and following up on what’s important to them.

The USAID Civic Engagement Project brings citizens and government together to advocate for increased citizen involvement in government policies and decision-making. The world continues to grapple with the coronavirus, but governments, civil society organizations, the media, the private sector, and academia around the world are moving to online engagement to ensure individuals can participate in important discussions that impact their lives. However, in North Macedonia, very few online platforms have enabled easy communication between public institutions and citizens.

To respond to this challenge, USAID partnered with the Ministry of Information Society and Administration (MISA) to create the online platform where the government, civil society organizations, and citizens communicate to create more inclusive and accountable policies and decisions. Through the platform, the government can communicate to citizens about their work and citizens can request information and discuss these efforts with their elected and appointed leaders.

MISA launched the platform this year, on the 10th anniversary of the country joining the OGP Initiative. The platform is just one example of how the government has increased access to information, fiscal transparency, the use of open data, and access to justice through its membership in the initiative. In the six months since it was launched, the platform has become a well-used, central point for citizen-government engagement in shaping and implementing joint initiatives for more efficient and accountable public institutions and better service delivery. It is helping the government take additional steps towards collaborative governance, and is the government’s central tool to encourage and enable citizens to help create the next National Action Plan for OGP by proposing initiatives and government commitments.

On April 13, Prime Minister Zaev presented the country’s OGP concept to the OGP Chief Executive Officer in New York, Sanjay Pradhan. Prime Minister Zaev noted “The Open Government Partnership concept has contributed to the transformation of our country from a captive state into an open and progressive example. One of the most important processes for the country and the government is the establishment of a special and functional web portal for informing, involving, and monitoring the implementation of the action plans in the country, raising the quality of services for the citizens through transparent, inclusive and responsible work which characterizes this government. Therefore, this government has introduced many new tools in recent years, such as the OGP portal, that lead to the promotion of transparency, responsibility, accountability, and inclusion of all actors in society.”

The co-creation process for the National Action Plan 2021-2023 has begun and the portal is bringing more voices and ideas to the process. OGP National Coordinator Gordana Gapikj Dimirovska said, “As the preparation of the new national action plan is underway, with the participation of representatives of both civil and public sectors, the online OGP platform contributes towards better cooperation between all stakeholders and the wider public.” She noted that the platform is a valuable mechanism for monitoring National Action Plan implementation. By partnering with the Ministry of Information Society and Administration, there is now a useful and innovative tool for authorities to interact with citizens and civil society in the public decision-making process. With this platform, the government’s work can be understood by the public. This means that citizens are now able to look at what their government has discussed and produced and to request information from the administration. 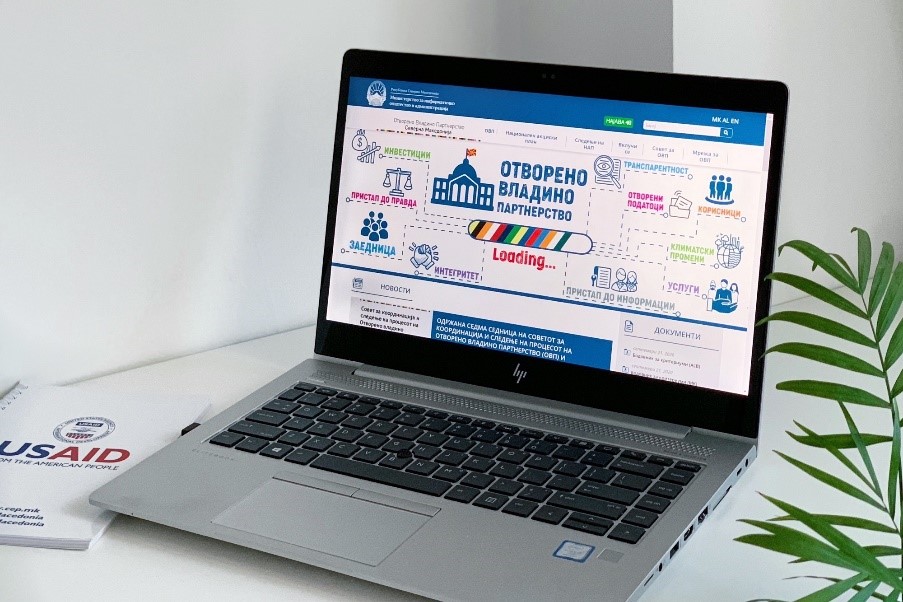 Openness Index for the Local Self-Government Units for 2022

The Metamorphosis Foundation for Internet and Society, within the framework of the USAID Project for Civic Engagement, assessed the state of good governance in the local self-government units (LGUs) in the Republic of…

Tool for the preparation of the citizens budget