In a joint meeting in the village of Janche, the Smart Tourism Enhancement Project (STEP) partners discussed the tourist packages that will be offered jointly in Northwestern Macedonia and Albania’s Elbasan region.

During the meeting hosted by the Tuto complex in the picturesque village of Mavrovo – Rostushe municipality, which is also a member of the STEP network, the participants from Albania presented several tourist packages that aim at introducing the cultural values and traditional activities as well as the possibility for active mountain tourism. They envision a package for the lake Belsh and Seferan, with options for canoeing, photographing and familiarizing with the traditional garments, while guests would be accommodated in Elbasan or Gjinar.

The second package is Via Egnatia, which includes visits to Peqin, Elbasan, Gjinar as well as an option to visit Macedonia too.

The third package is Elbasan’s Spas, while the fourth one includes Gramsh, Holta Canyon and cave visiting.

The last package is Summer Day in Elbasan.

The Macedonian part of STEP presented several packages and the first one includes Polog’s cultural monuments. The next one covers the tourist centers of Popova Shapka and Mavrovo and the opportunities for doing tourism all year round.

An interesting package that would be able to join with one of the Albanian packages is the Via Egnatia package, which would offer trips to the remains of the road. The last package for the territory of Macedonia is visiting caves and other places of importance in Polog.

In addition, the possibilities for purpose-built packages such as mountaineering, cheese tasting on Shar Planina and Bistra mountains, agricultural tourism and paragliding as well as special tours that would meet the needs of tourists were discussed during the meeting. After the packages have been defined, STEP will organize two-day workshops in February for representatives of restaurants, hotels, tourist agencies, hostels and other accommodation facilities.

STEP aims at promoting a vibrant touristic sector that effectively adapts to the needs of both domestic and international markets and contributing toward stimulation of new job creation in the cross-border tourist zone between Macedonia and Albania. The project is funded by the European Union, IPA 2 Programme.

Project partners are Metamorphosis Foundation, Center for Regional Development Polog and Council of the Elbasan County. 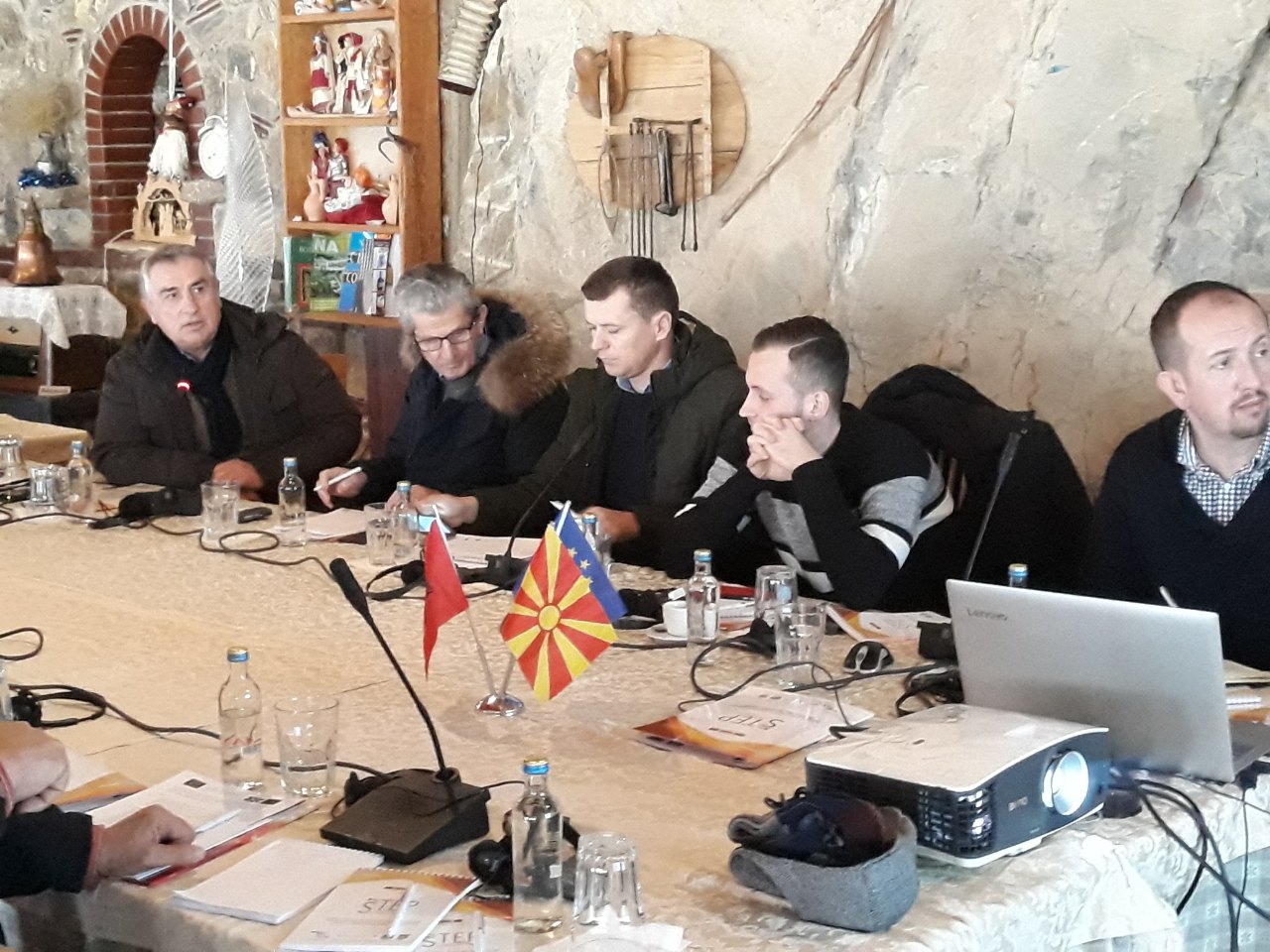