COVID-19 and the digitalization of the Western Balkan 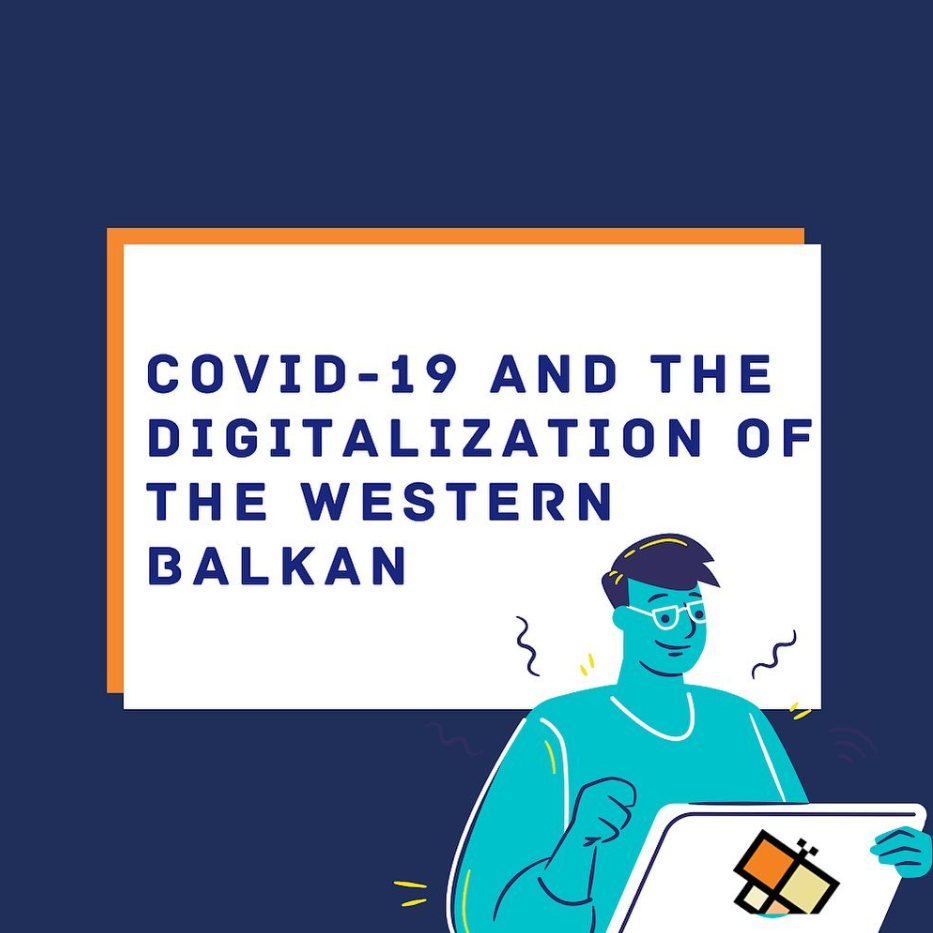 According to the latest information, more than 3,600,000 people in 215 countries in the world have so far been infected by COVID-19 virus. Throughout the world, there have been around 250,000 casualties, while the number of recovered people is over 1,148,000.

Like many others, Governments of the Western Balkan implemented various strategies to prevent further spreading of the virus. On the other hand, drastic measures such as border suspension, school shutdowns, and travel restrictions triggered a rapid growth of online services across the region. In this time of crisis, where nations are forced to fight on multiple levels, we can witness the underlying importance of the Digital Agenda and its role. Here are some of the most important initiatives from Western Balkan countries, primarily ICEDA partners.

Several world trends were followed while creating digital channels for communication and general functioning during the COVID 19 outbreak. For example, all the ICEDA partner countries (North Macedonia, Montenegro, Serbia, Kosovo, and Albania) have specific official websites where citizens can find the latest info about the coronavirus cases. Serbia even created an open data site and invited people to use and process COVID19 information freely. On the other hand, North Macedonia launched the StopKorona! mobile application to detect close contact with potentially infected persons through a proximity detection. However, following several reactions on the safety of the application, the Government of North Macedonia instructed the Minister of Health to form a working group and inspect the source code of the mobile application.

Institutions in all five countries promoted already existing e-platforms for issuing different types of official documents. For instance, in Kosovo and Albania, these platforms are mainly used by citizens to check if their businesses are allowed to operate during the pandemic, to apply for permits to go to work, or to do shopping. Meanwhile, the Ministry of Public Administration in Montenegro prepared and published a free ‘Guide to electronic services on how to use all national e-platform resources. This guide was distributed via relevant portals and printed newspapers. Although the percentage of users in our states has increased along with the number of e-services available, several issues emerged during the coronavirus crisis. One of them was that an official electronic database of COVID cases in Serbia was compromised for eight days. In the period from 9. to 17. of April it was accessible through a google search to anyone. One of the health institutions kept both user name and password visible to anyone who reaches that page. After this was discovered by one CSO and reported to the authorities, the login data was removed. A similar security breach happened in Montenegro where the personal health data of people infected with coronavirus ‘’leaked’’ to the public.

As schools are on lockdown, students in Western Balkan are following lessons online. An interesting thing is that although our school systems are still very traditional, most of the countries had quick responses and provided mechanisms for online learning, some of which are more successful than others. Educational digital efforts varied from country to country, from the EDUINO platform, #NaukaZaDeca, and 5plus educational platform with curricula for 1st – 4th grade and the in North Macedonia, to #Učidoma project in Montenegro along with the recently launched eDnevnik application where parents can find all information about their children’s grades and behavior in one place. The Ministry of Education in Kosovo also has an official website for listing all online education materials, while in Albania, the Ministry of Education, Sports, and Youth conducted an online survey submitted by 320’000 parents, students, pupils, and teachers on the effectiveness of these applied forms of education. The results of the survey are published at the Ministry’s official website. On the other hand, the Ministry of Education in Serbia organized testing of the online system for taking final primary school exams the whole territory of Serbia. The system collapsed due to a large number of users’ demands at the same time. The problem was solved by suggesting different hours of logging in during the day based on the territorial principle.

Communities in each country are also very active, and the number of digital initiatives grows daily. In North Macedonia, a total of 546 initiatives were submitted to the Fond for Innovation and Technology for handling the COVID-19 crisis, among which were also IT platforms and applications. One of those initiatives which received funding was the application ChallengerДома which motivates people to stay home by collecting points for staying home which they can, later on, turn to discounts for the local markets. The community in North Macedonia, among which also the media, supported the efforts of the institutions to inform the citizens, through creating and sharing educational visualizations and videos, but also used these tools to raise awareness on the downside of the system, to combat misinformation related to the pandemics and to share information on successful community volunteer initiatives. Concurrently, in Montenegro platforms such as DobroJeTo was created to help small business survival during the COVID 19 outbreak. The municipality of Tirana started an interesting initiative called ‘’Adopt a grandmother/grandfather’’, and it already has over a thousand volunteers. Initiatives such as Digital solidarity platform in Serbia gathered free digital content, platforms for distance learning, work from home, as well as free books, courses, music, movies, and other educational and entertaining content during the COVID19 pandemic. In all five Western Balkan countries a group of enthusiasts gathered to help healthcare professionals by using 3D printers to make visors and deliver them to health centers.

Psychological health is a very significant aspect that had to be addressed due to very strict measures and people spending weeks in quarantine. The digitalization of psychological support in Kosovo is showcased by creating a specific Fol shlire platform for this type of communication. The First Family Center in North Macedonia recently provided online counseling during the pandemic as the first specialized service in the country open to victims/survivors and perpetrators of gender-based and domestic violence, including minors. The Government, the Ministry of the Interior and the UNDP in Montenegro launched a mobile application called ”Budi sigurna” which enables victims of violence to immediately send an alarm that they are in danger, report domestic violence, and seek help. The application was created during the COVID19 outbreak, but it represents a long-term solution. Citizens in Serbia, for example, can contact doctors or use psychological support via the Dok-Tok application that was released in April. Simultaneously, in Albania, it is possible to seek advice and support by consulting the order of psychologists in the Republic of Albania.

In many aspects, this pandemic has increased the need for electronic services across the region. Institutions, organizations, as well as citizens, are in the stage of dealing with many challenges, and while we can say that there are improvements in terms of the implementation of the Digital Agenda in the Western Balkans, it is evident that many of these solutions should be available long-term. The next steps should introduce a variety of digital tools in education, and above all, in the capacity building of the educators. The Governments of all five countries need to work on better coordination of initiatives in a time of crises as well as on local self-governance. Looking at the Western Balkan in the last few months proved that role of digital transformation in moving forward is indisputable in the whole region.

The project Increasing Civic Engagement in the Digital Agenda – ICEDA is funded by the European Union.
Its main goal is to increase the engagement of the civil society organizations (CSOs) in the shaping and implementation of the Digital Agenda in the Western Balkans (DAWB).