Strengthening the capacity of citizens to engage in policy-making and decision-making using available technologies and tools is called e-participation.

E-participation mechanisms should be easily accessible to citizens, easy to use and safe at all times.

The level of citizen involvement is low and the e-participation mechanisms are not fully used.

Take a look at our animation to get answers to e-Participation questions. 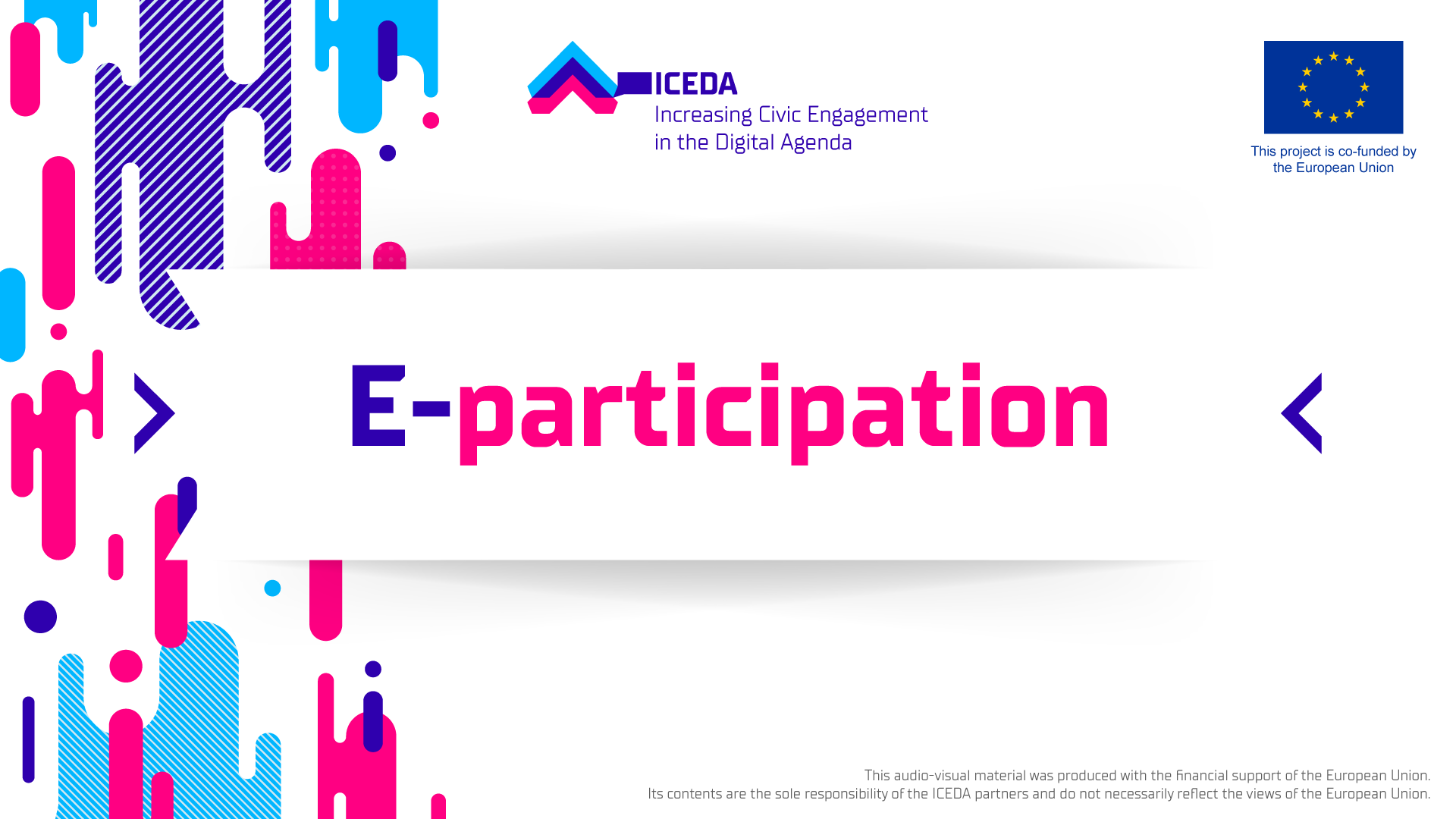 Digital transformation is one of the top priority sectors of Estonian development cooperation, as it is the key to achieving sustainable development goals. Between May 10-12, in a hybrid form, eGovernance Academy (Estonia)…