Speakers at the event were Aleksandar Acev, Head of Service at the National Center for Computer Incident Response MKD-CIRT, Aleksandar Bajdevski, Deputy Minister in the Ministry of Information Society and Administration, Bardhyl Jashari, Executive Director of the Metamorphosis Foundation, Elena Mancheva, State Secretary at the Ministry of Information Society and Administration, Irena Bojadzievska, PhD, Assistant Professor at the University American College in Skopje, Natalija Shikova, PhD, Dean of the Faculty of Law of the International Balkan University, Iskra Belcheva – Ristovska, Programme coordinator at the Center for Change Management, Nikica Mojsoska – Blazhevski, Executive Director at Macedonia 2025.

The text below has been partially republished from Meta.mk News Agency, and the original text can be read here. 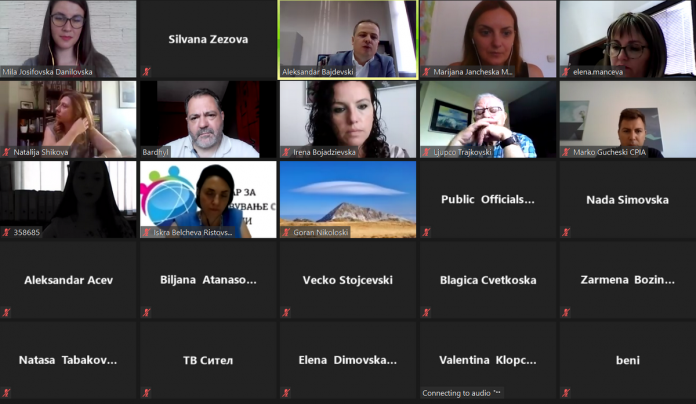 “Digitalization is a key component in the fight against corruption in society, because it eliminates the human factor and reduces the risk of corruption,” said Deputy Minister in the Ministry of Information Society and Administration, Aleksandar Bajdevski at the online event ” Dialogues for the Digital Agenda: Presentation of the Country Report and Roadmap for Digital Agenda advancement in North Macedonia” within the project “Increasing Civic Engagement in the Digital Agenda – ICEDA” of the Metamorphosis Foundation, which is co-financed by the European Union.

Bajdevski added that the corona crisis emphasized the importance of digitalization of services, which are especially important for citizens and businesses. Hence, he said, the focus of the Government is the development of the digital platform, and in that direction, so far several strategies, open data of institutions, increased cyber security and several legal solutions have been adopted that will allow the issuance of electronic documents with legal importance.

Bajdevski announced that by the beginning of 2023, civil society will be fully involved in the implementation of the Digital Agenda.

The Executive Director of the Metamorphosis Foundation, Bardhyl Jashari, said that since the foundation of the organization, the aim was to promote new technologies that will improve the quality of life of citizens, who should have the necessary skills and knowledge, as well as culture for the responsible use of digital technology.

Hence, Jashari emphasized that for the use of digital technology, all stakeholders should work together and to create a legal and institutional framework for uninterrupted use of the new digitalized services.

“The development and use of new technologies is an inevitable process and therefore conditions should be created for full use of the benefits of digital transformation. Citizens should be informed about the Digital Agenda, should learn about the new opportunities of digital technologies, should participate in the prioritization of which services will be digitized and to contribute to doing it,” said Jashari.

He added that the abolition of roaming charges between the countries of the Western Balkans on 1 July is part of the Digital Agenda. Citizens feel the benefits, and the result is improved communication and business climate, whereas the main goal is improving the quality of life.

Last year, the number of electronic services used on the Portal for e-Services has doubled compared to 2019, i.e. from 17,241 to 34,843, according to the Country Report and Roadmap for Digital Agenda advancement in North Macedonia.

The Dean of the Faculty of Law of the International Balkan University, Natalija Shikova, during the presentation of this report said that not all services are fully digitalized, and this portal does not offer a single point of service (one-stop-shop), but it redirects citizens to other portals, which should be improved. Hence, Shikova said, it is impossible to see how many citizens use electronic services. The survey data show that only 18 percent of the services in the country can be used electronically.

Shikova emphasized that despite the fact that there is an improvement in the provision of electronic services, we are still lagging behind the region, and we are far from the average in the European Union.

The Secretary of State in the Ministry of Information Society and Administration, Elena Mancheva, said that citizens recognize the benefits, such as the abolition of roaming charges, but do not link it to the Digital Agenda. Mancheva pointed out that the Long-term strategy for Information and Communication Technology also includes the strategy for digitalization.

Only services for citizens are now available on the e-services portal, and Mancheva announced the provision of 125 new services for businesses, through the IPA project. She also recommended digitalization of the registers in the institutions, as well as breaking down the barriers between them, in the interest of providing electronic services to the citizens, because the state is the one that should be a service provider, and citizens should not be interested which institution does the job in the background.

The program coordinator at the Center for Change Management, Iskra Belcheva-Ristovska, said that their research showed that 16.3 percent of their respondents considered the administration staff to be unprofessional. Hence, she stressed that the skill of the employees in the public sector is crucial and that they give added value to the electronic systems for easier services to the citizens. Belcheva-Ristovska noted that the e-services portal does not offer services from the municipalities, because they did not unify the documents. Therefore, she recommended that the central institutions should force the local institutions to find digital solutions.

The Executive Director of Macedonia 2025, Nikica Mojsoska-Blazevski said that the Digital Initiative 2025 is being prepared, which aims to collect data internationally about the level of Macedonia in terms of digital skills, digitalization of public administration and consequently to offer ranking improvement measures. Therefore, Mojsoska-Blazevski emphasized that cooperation with all stakeholders, such as state institutions and the non-governmental sector is important and that through digitalization the lives of citizens and the business climate will be improved. 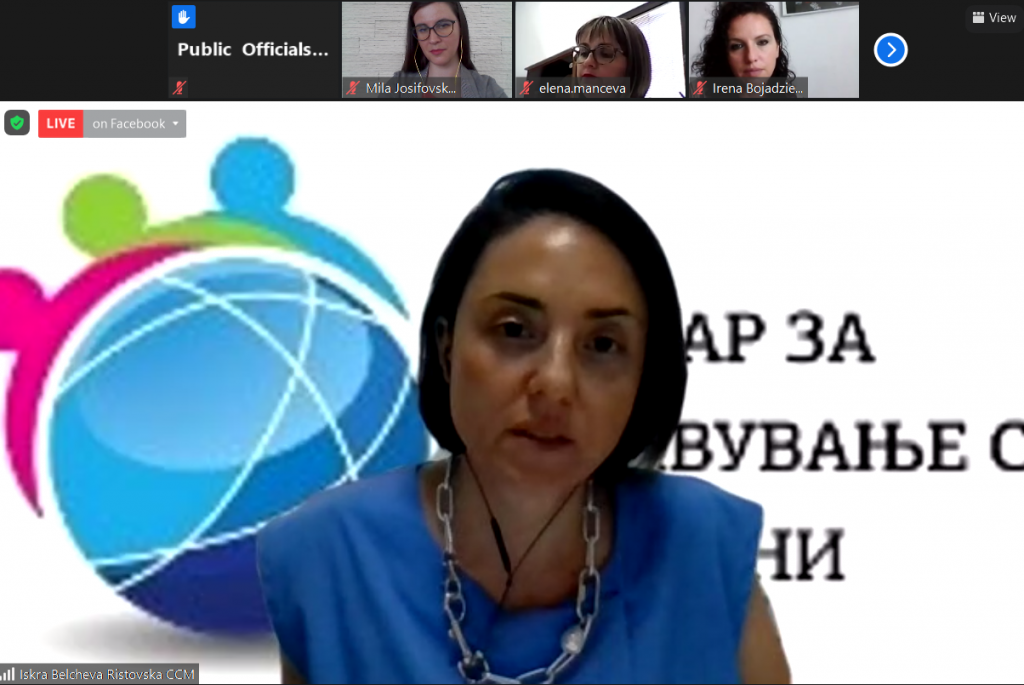 For more information, through the following links you can access the Report and its visualizations:

Based on the findings of this Report, our recommendations are as follows: 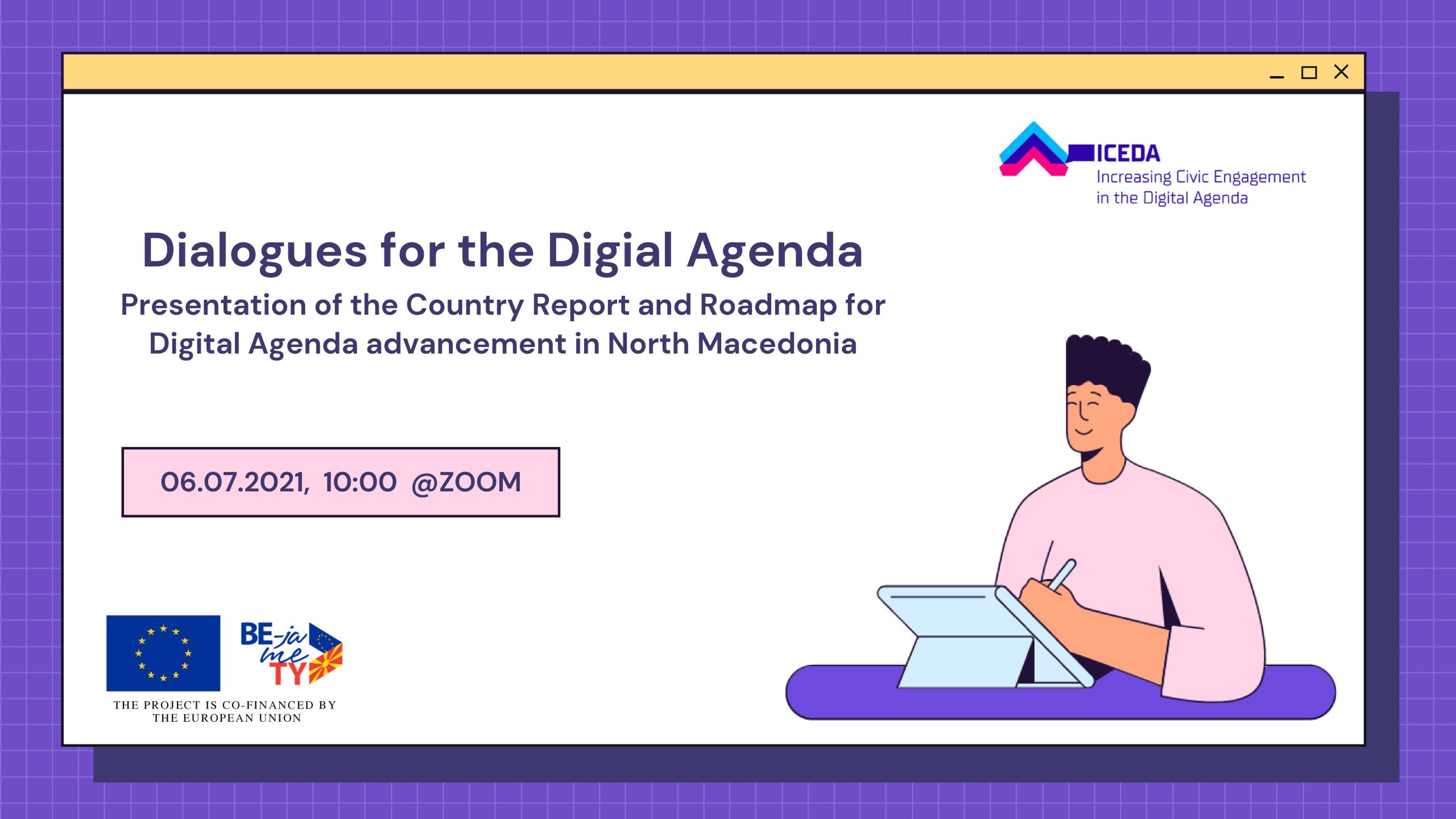