Online discussion “Digital Agenda in Serbia: Between wishes and reality”

On Wednesday, March 24th, an online discussion was held on the state of the Digital Agenda in Serbia, with a presentation of the ICEDA project and local initiatives in Serbia that will educate the public in their cities and communities in 18 months of implementation of their projects about digital services that are being developed within eGovernment in Serbia.

The event was opened and moderated by Filip Milenković, on behalf of the Center for Accountability, Research and Transparency (CRTA), ICEDA’s local partner and core member of the network. The opening speech was delivered by Mila Josifovska Danilovska from Metamorphosis Foundation from North Macedonia who reflected on the significance of regional networking, thus presenting the ICEDA network and project, and meaningful inclusion of CSOs in policy making, for a better implementation of the Digital Agenda. ‘

Although digitalization is one of the main priorities of the Government of the Republic of Serbia and countries in the region, the number of citizens using electronic services is still low. Although more and more electronic services are being offered to citizens, they are often too complex and unknown to citizens, which requires the additional engagement of civil society organizations and the media in their promotion and improvement. What – and why – can be improved? How can civil society representatives, citizens, and the media improve what the state is doing in the field of digitalization of its services? What is the EU’s Digital Agenda and how can we, together, improve it? These were the questions discussed in the event. 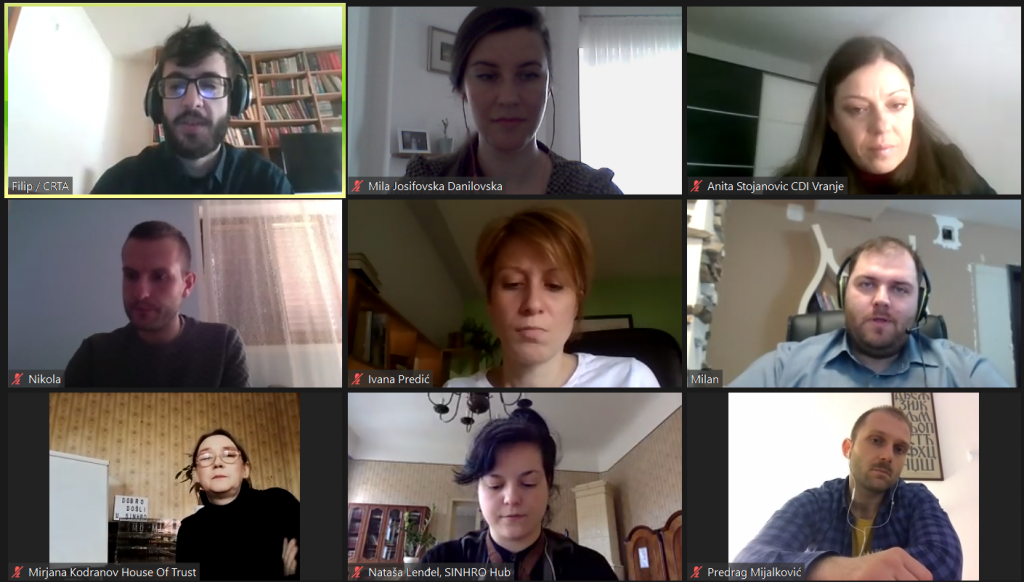 Three organizations from Serbia, DELI from Niš, Sinhro Hub from Pančevo, and the Center for Social Integration from Vranje, briefly presented their projects.

Anita Stojanović from the Center for Social Integration first shared the state of use of digital tools and services in Vranje. The presented data clearly that indicates the need for direct work with citizens. In order for all citizens of Vranje to benefit from the digitalization, the Center for Social Integration is implementing the project “Digitalization of links for the future”, within which trainings on the basics of the use of modern technologies and digital content will be organized. Also, a website will be created in order to bring electronic services closer to citizens in the use of digital tools, and will include multimedia content, which will be focused on user experience where audio-visual instructions will be simplified for the end-user who has no prior experience in using services available through the e-government platform. 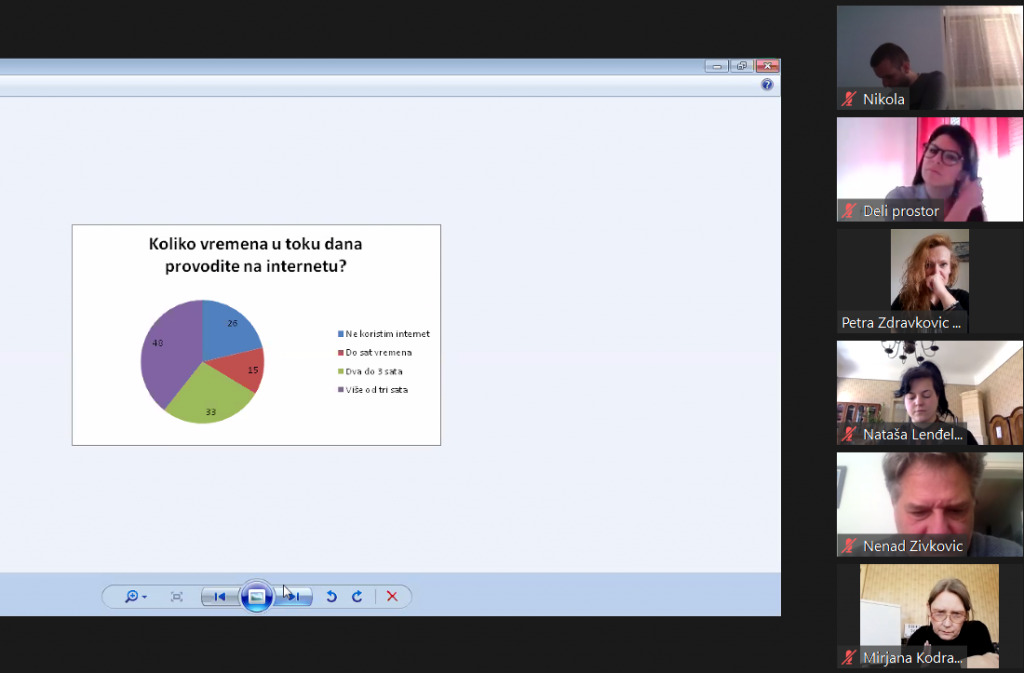 Tamara Spasić from the organization DELI space from Niš also referred on the need for direct work with citizens. “EU Government in the City of Niš” is a project implemented in partnership with the Office for Local Economic Development and Projects of the City of Niš, and aims to promote the Digital Agenda for the Western Balkans at the local level with a focus on the use of local eGovernment and its further development. Throughout this project, the organization will establish an e-government support center on its premises in the city of Nis. It will also work to increase the use of existing local e-services in the city of Nis by citizens through their direct presentations at public administration counters and in rural areas. DELI will record video tutorials on existing local e-services and broadcast them in partnership with local media.

Nataša Lenđel from Sinro Hub presented the project “Promoting Digital Agenda and e-Services in the City of Pančevo”, which as part of the ICEDA project is implemented by the Sinhro Hub Pančevo, in partnership with the citizens’ association CETRA. They will do a survey on the use and satisfaction of eServices in the city of Pančevo, conducted on a representative sample of 600 respondents, create 10 video tutorials that will help citizens use eServices, organize workshops with the media, citizens’ associations, and local government representatives that will contribute to improving eServices, and promote Digital Agenda and use of eServices directly on governments public stands in Pančevo and in rural areas. 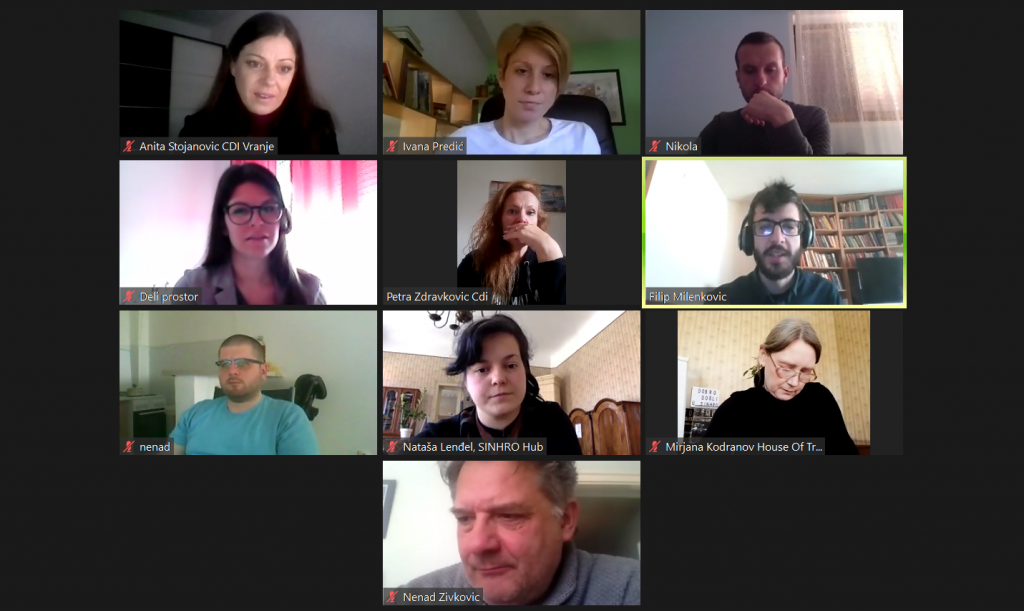 The event was also attended by two guest speakers who shared their practical experiences with digitalization in Serbia.

Milan Trbojevic, better known as “You are missing a piece of paper” on the Serbian Internet, shared his experiences in working with entrepreneurs. Today, the Business Registers Agency offers the possibility of registering entrepreneurial activities via the Internet, and it is also possible to report taxes on the ePorezi portal. Although the condition is not ideal, the positive shift is evident.

Mirjana Kodranov, from the accounting agency “House of trust”, shared her experiences of using electronic services intended for accountants, focusing on digital certificates for their access and legally obligatory completed invoices. Very often, every year actually, the system of electronic submission of final accounts “falls” when it’s the most important, due to system overload. Also, certificates do not work on all computers, so it is often necessary to have more of them, which further complicates the process. According to Mirjana, the system should be much simpler and painless.

Media representatives from Pancevo, Niš, and Vranje attended the event.

The video of the whole event can be seen below. 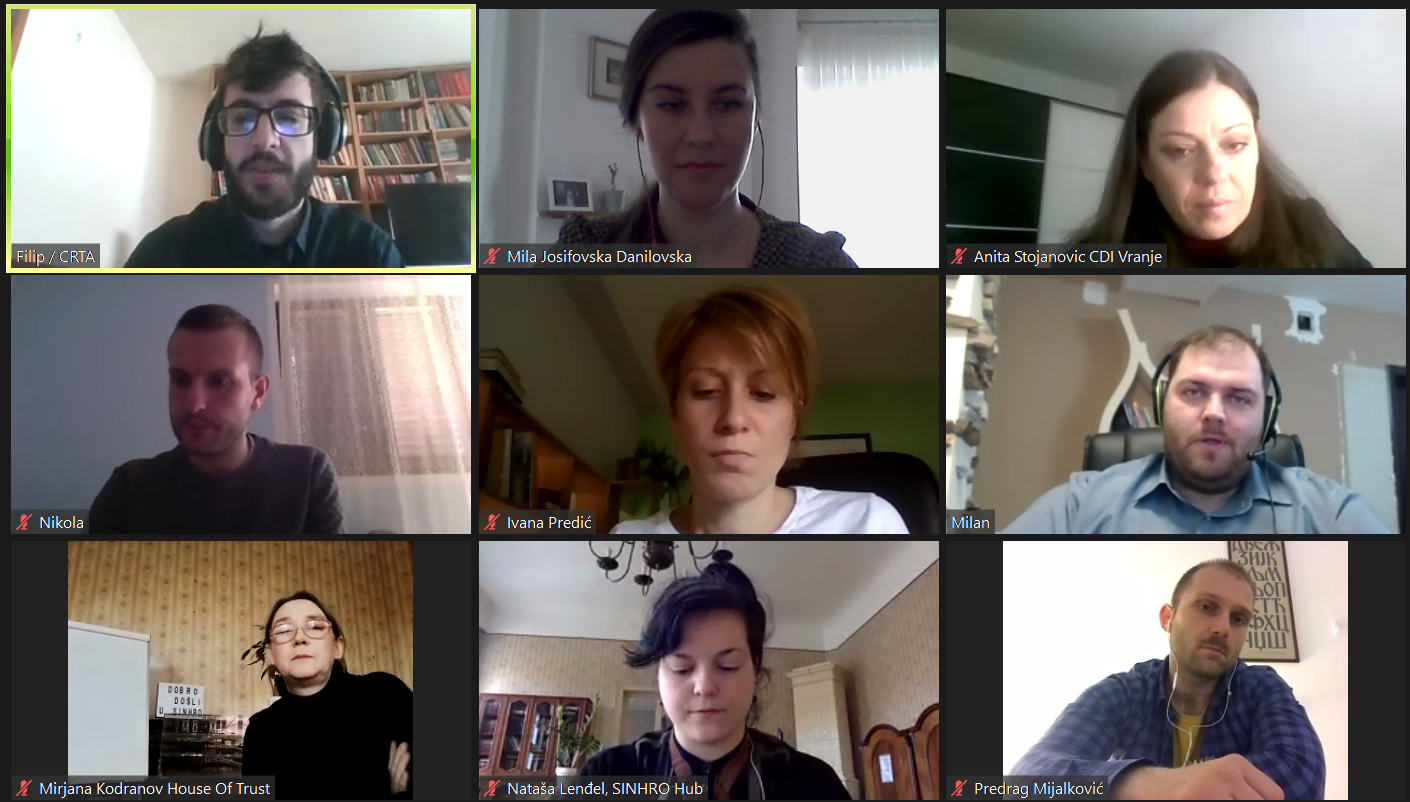 The Advisory Group of Experts met with the ICEDA partners today: “Quote”

The Advisory Group of Experts (AGE) of the project Increasing Civic Engagement in the Digital Agenda – ICEDA, co-funded by the European Union, met with the ICEDA partners today in order to hear…

A closer look at AI-powered governments