Metamorphosis Foundation team shared experiences from the fight against disinformation in Macedonia at the conference PrivacyCamp.EU which took place on 29 January 2019 in Brussels, Belgium.

PrivacyCamp.EU is an annual conference organized by the European Digital Rights – EDRI network and its partners, gathering digital rights activists, civil society organizations, academic community and policymakers from Europe and beyond. Its discussions focus on the burning issues that directly affect human rights in the digital sphere. This year, PrivacyCamp.EU addressed the challenges faced by civil society organizations and activists in regard to implementation of the rules and regulations governing different methods of communication. A portion of the conference examined the problems connected with spread of disinformation (fake news) in particular related to election campaigns. Alongside this issue, the conference participants analyzed protection of human rights online from the aspect of automated content moderation, targeted marketing and possible user privacy violations. The event took place at the University Sent Louis with over two hundred participants.

The panel discussion „Mapping the problem: News dissemination on online platforms“ included contribution by Filip Stojanovski, Metamorphosis Director for Development who manages the Critical Thinking for Mediawise Citizens – Crithink project, supported by the European Union. Conveying the experiences from Macedonia, he warned that in a situation of increasing populism the role of media as watchdog of democracy declines. If the populism reaches its final phase—state capture—the difference between journalism and propaganda disappears from the public awareness, alongside trust in the press and all other democratic institutions.

According to Stojanovski, several factors contributed to the development of the fake news industry which in recent years made Macedonia notorious around the world. Key factor was development of social climate based on absence of moral norms, which are the basis for professional journalism. In Macedonia, the government that ruled the country from 2006 to 2017 used public money to finance a disinformation propaganda machine, which included creating infrastructure for amplification the impact of controlled traditional media. This, among other methods, included creation of networks of web-portals operated by employees in the pro-government media which served as satellites of the main outlet, in order to overwhelm the news aggregators. A political party troll army was created to achieve information dominance on the social networks. So it wasn’t surprising when certain entrepreneurial citizens applied the same internet marketing methods to create a cottage industry of websites catering to foreign markets, based on revenue from Google ads.

Metamorphosis advocates a comprehensive interdisciplinary approach in dealing the problem of online disinformation and the related issues, implementing them through the CriThink project and other initiatives. This includes networking of all stakeholders to provide informal education online, research based reforms of the state education system taking into account the new conditions resulting from the new uses of digital technologies, promotion of self-regulation in the media and implementing the existing laws to end to impunity for human rights violations.

Panelist Frederike Kaltheuner explained that Privacy International examines the problem at three levels: content level, platform level and data ecosystem level, which shape what kinds of news people see or discover. PI addresses the essential need to understand the business models of the publishers and the platforms in particular because online advertising is treated differently than traditional ads in many jurisdictions. In particular, this affects political advertising across Europe.

Eva Simon from Civil Liberties Union for Europe noted the lack of data or empirical studies on the impact of disinformation, in particular because fact-checking initiatives have limited impact. Examination of the role of artificial intelligence systems employed by private companies is a third major issue. The implementation of manipulation-based business model based on micro targeting has led to creation of ‘echo chambers.’

Nathalie Marechal, PhD from Ranking Digital Rights, related the increased human rights violations to convergence of two trends. The first is what Rebecca MacKinnon dubbed networked authoritarianism – abuse of new technologies by countries such as China or Russia to increase the level of control domestically, and undermine democracy abroad as part of their geopolitical agenda. The second trend is surveillance capitalism, pioneered in California, where companies like Google gather and trade with citizens’ personal data. The basic notion that “ads are means of behavior modification” is absent from the public discourse. On the other hand, there are positive developments such as the international reach of the GDPR, the new European Union legislation for personal data protection, which incited foreign companies to improve their policies.

The panel concluded that the issue of regulating selling data for political purposes is extremely important and requires full public attention, as well as the massive enforcement gap of the existing regulation protecting human rights. Quite a few current examples from Europe demonstrate that backsliding is possible in countries which had enjoyed high levels of democracy development, unless persistent, active and systemic measures are taken at national and in particular at international level. 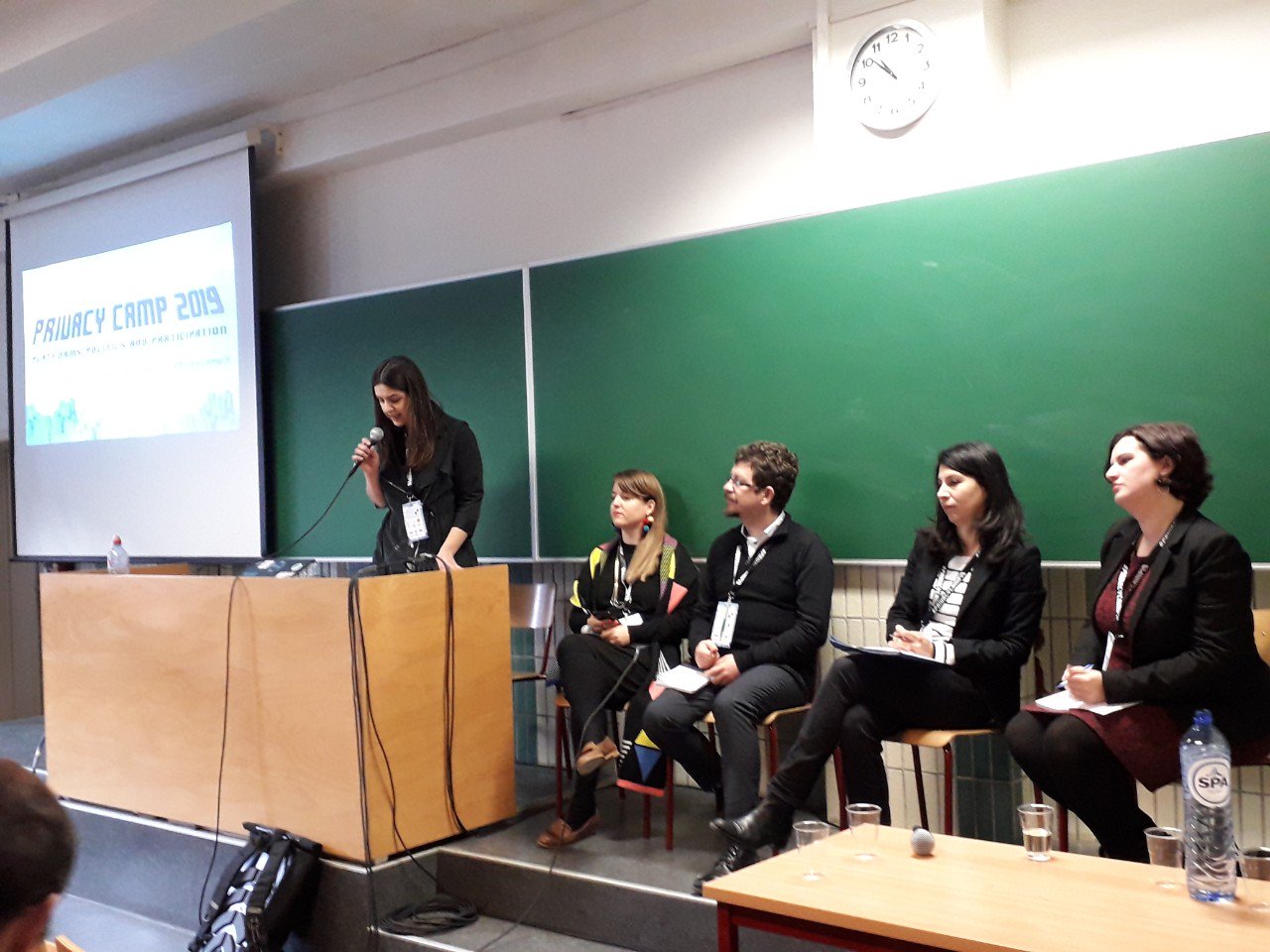