Regional Dialogues for the Digital Agenda: Artificial Intelligence and Algorithms in government e-services, held in Belgrade

On July 9, at Impact Hub Belgrade (Serbia), CRTA and the ICEDA partners organized a regional event “Dialogues for the Digital Agenda: Artificial Intelligence and Algorithms in government e-services”, that was also broadcasted online.

The event intended to initiate discussions about the opportunities and challenges of using artificial intelligence (AI) for public service purposes. The trend of algorithms doing tasks instead of humans is also increasingly part of government operations, even in the Western Balkan countries. Algorithms “secretly” run many processes in the background, most often without any understanding of it by a wider citizenship, which brings in tremendous efficiency. It can, however, be risky because algorithms can be biased, even harmful, and accountability frameworks are often missing. Thus, the event also explored the algorithms in government and government e-services in Serbia and the Western Balkan region. 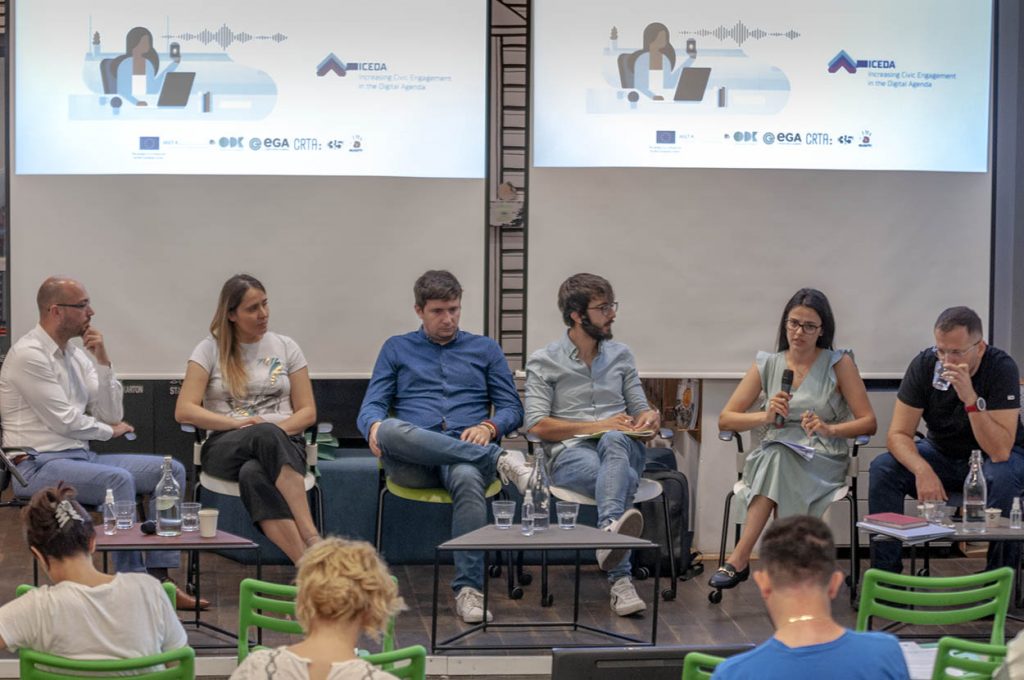 In his opening speech, Bardil Jashari said that the region does not have much problem in connectivity as the majority of the population has digital devices and Internet, however he emphasized – “We are somehow behind when it comes to how the services that are developed for the citizens take into account the priorities of the citizens, and not only the priorities of the governments and businesses”. He highlighted that AI needs to be strategically regulated, putting in focus the human rights and integrity with specific regulation that will prohibit misusage and unethical behavioral patterns. 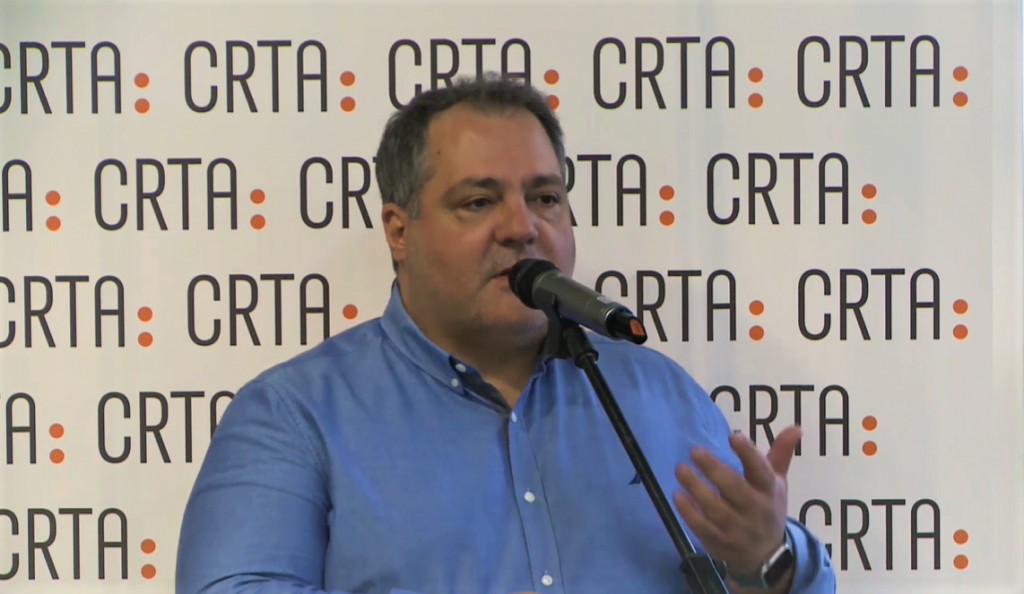 Jelena Kocic described AI in simple terms as “an area of software engineering with the aim to help humans better do their tasks by automatization” which can help in various processes from decision-making to automatic vehicles. She proceeded by giving specific every-day examples of where AI is used such as the spam filter in the e-mail (this process used to be manual, and now is automatized), face recognition, emotion recognition, while in some cities the algorithms for social distancing are being implemented to the extent that cameras on the street can detect whether there is some breach of the rule of social distancing. 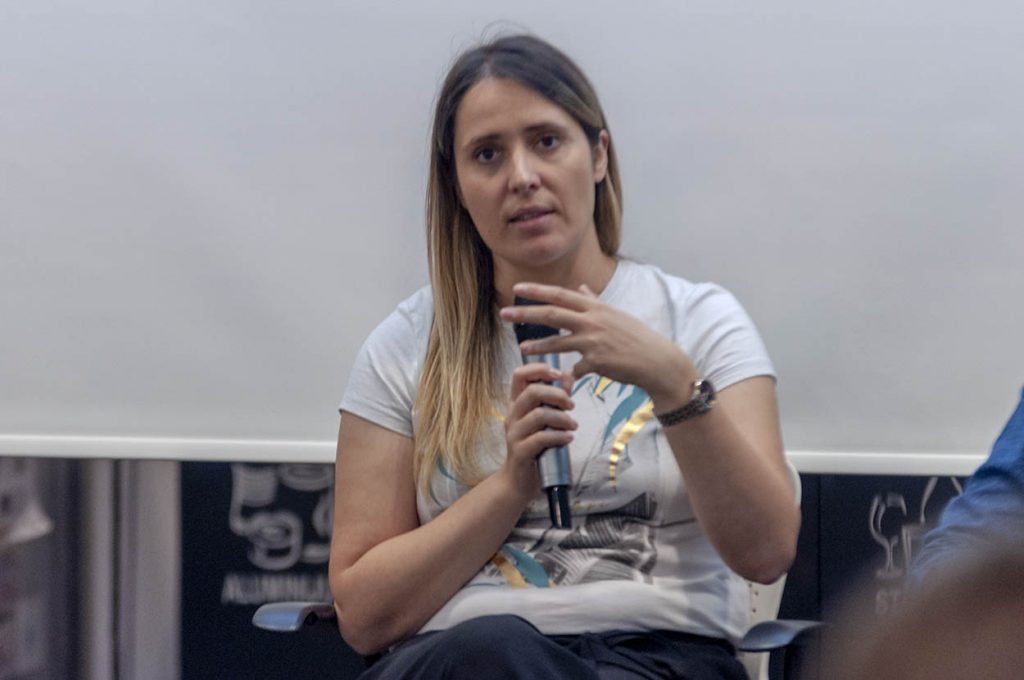 Aleksandar Linc shared information about the AI Strategy of Serbia and the need for the government and the whole community to strategically develop their AI capabilities. He stressed the meaning of data and data centers, which are also included in this strategy, as crucial to developing any kind of analytical, data science algorithms or machine learning and AI products. According to Linc, governments need to have their data in digital form as the form that computers can process, which further allows for a lot of processes to be automatized (government e-services, innovative solutions by start ups, etc.). 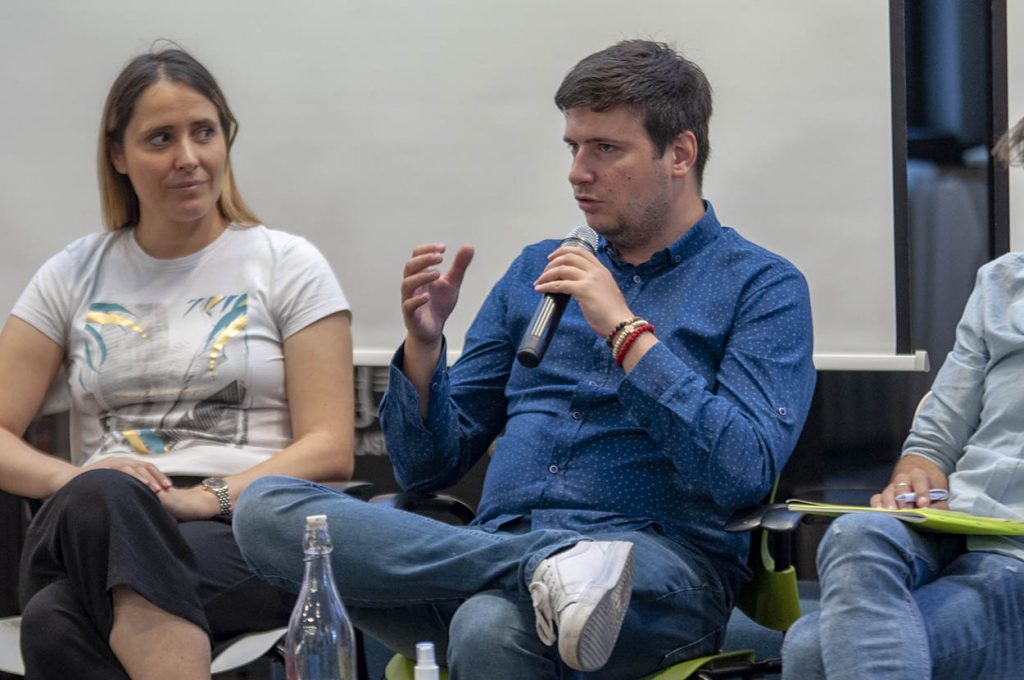 As people generate tons of data on a daily basis that goes to waste because it is not properly used or not use at all, there was a question on how should governments extract the maximum of that data or how to differentiate between important and not important data. Linz advised that governments should create small victories – use the existent data sets and build innovative solutions based on that, jointly with the business sector, academia and other relevant stakeholders. As all these stakeholders bring their expertise and experience in the process, the whole process needs to be governed or led by one stakeholder which is why he is advocating for the introduction of a Chief Digital Officer as part of the Government as a person who should be in charge for creating a sustainable environment for that. 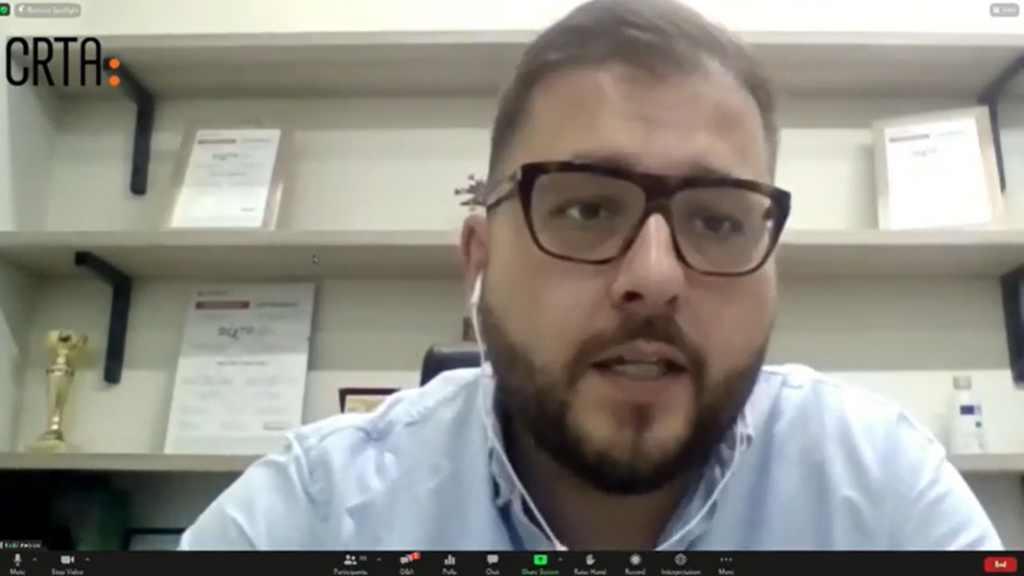 Kosta Petrov stated that North Macedonia is in its very early stages of AI. As they are working on the creation of the AI Strategy for the country, he shared that one of the obstacles was that the government does not have a clear digital strategy. He mentioned that they are in the final stages of creating a working group, and their expectation in the following 6-12 months is to have a “practical AI strategy, mainly focusing on the government services.” He shared that AI is very important in the countries in the region where there is a lack of well trained professionals in the administration, people still need to physically get their documents and there is a lot of bureaucracy. Thus, their goal is to make citizens’ lives easier by providing faster and more efficient access to data and government services, as well as space for feedback to the government from the citizens, among other things. He also mentioned that in the meantime they are working on a pilot project ‘Digital AI assistant’ for the programs for state aid, which would enable companies through submitting a form to see which aid they are eligible for. As a follow up, they plan on replicating this system in the Ministry of Labor and Social Policy with the focus on social benefits, in the Ministry of Health focusing on tracking diseases and diseases’ spreads, in the Ministry of Interior on predicting crimes and recommending optimal police presence, in the Ministry of Education and Science focusing on personalized education, etc. Their goal in the next 2 years is to have customer service chat bots in all government administration offices. “The region may be late in the game, but what is really important is that we work collectively, share expertise, and at the end of the day the region is small so we need to have a big regional cooperation and really create this transformation which is much needed.” – he added. 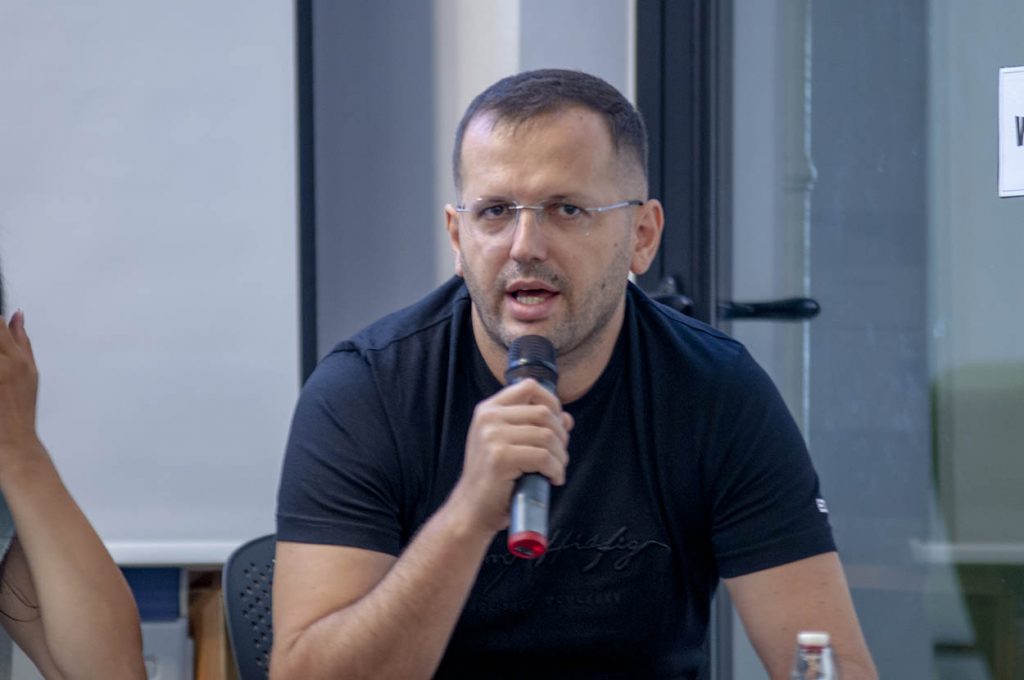 Albert Aliu recognized the benefit of having a high percentage of internet penetration as they do in Kosovo. He shared that Kosovo having a strategic approach to e-governance since 2008 has really made the lives of business owners easier and less bureaucratic. When they did a research in 2011 and repeating their research in 2019 with the same businesses, they saw a great increase in the company usage of public e-services and enhancing their e-commerce approach. They are currently building a fraud management system using machine learning for fraud detection in e-commerce pages, and are in the final stages of creating a Chrome extension for analyzing fake pages in Kosovo which they plan to expand in the whole region.

Drazen Vujovic raised the question on the digital literacy of citizens and service-deliverers as an ongoing issue for delivering and using e-innovation, which currently is very prominent in Montenegro. Montenegro’s response to this need was completely simplifying the processes and in that way making e-services more understandable, but they faced the issue of adding reCAPTCHA to their vaccination platform which additionally confused people. All the speakers agreed that the answer to this issue is education – from the smaller age, to university education, to life-long learning programs by the government or businesses in order to keep up with the technological developments. North Macedonia is working with businesses and the non-formal education sector to provide basic digital literacy and AI courses, whereas the Government has completely excluded tax on any digital literacy courses. Petrov mentioned that the low salaries for people with IT skills are a huge issue, but with the IT Chambers they are developing a model of outsourcing for the main IT positions within the Government in order to provide access to high-skilled force to implement these trends. 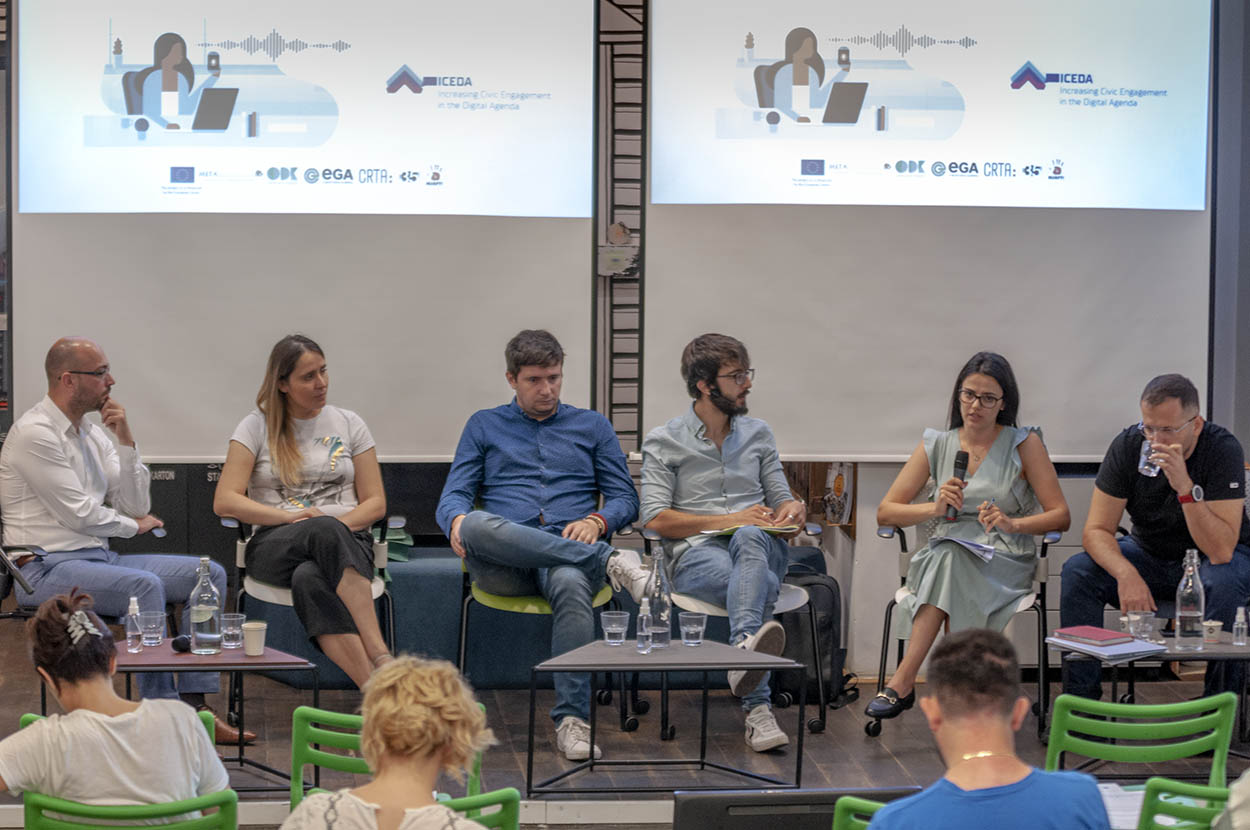