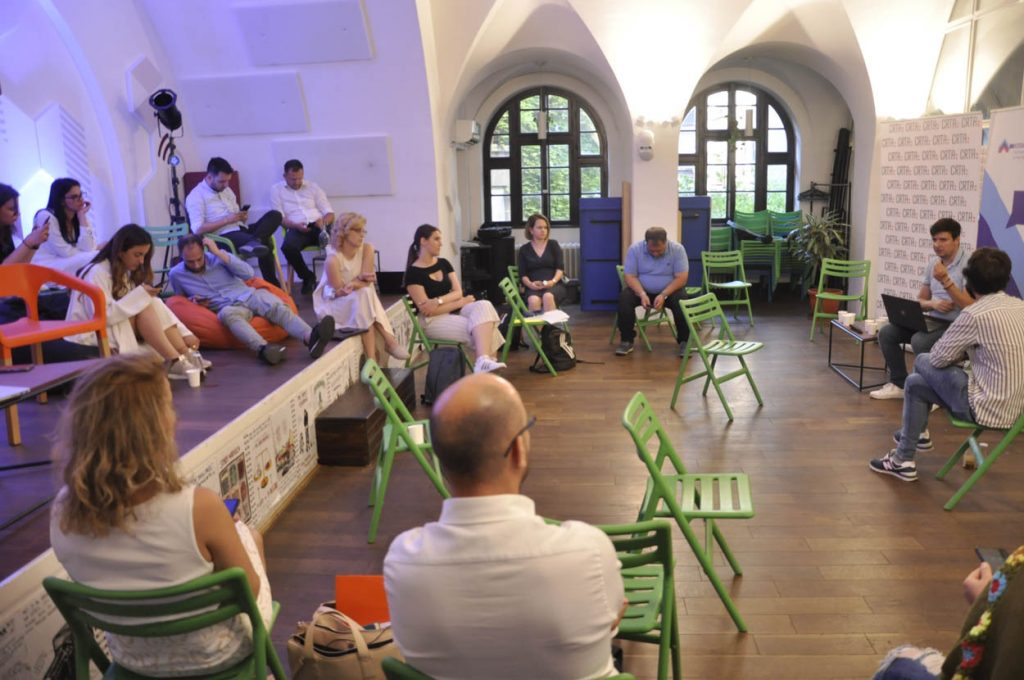 On July 8, at Impact Hub Belgrade (Serbia), CRTA and the ICEDA partners organized a regional knowledge exchange meeting “Artificial Intelligence (AI) and algorithms in government e-services: Immunization process during Covid19” which focused on the use of advanced algorithms in the immunization processes during Covid19 in Serbia. The meeting gathered relevant stakeholders from the Western Balkan countries and offered them the space for an exchange of knowledge and experiences, as well as the opportunity to learn from the Serbian use of algorithms in the widely recognized successful vaccination processes as well as their Strategy for the development of AI (2020-2025) as only such strategic document in the Western Balkans.

The meeting was a closed event for invited Western Balkan stakeholders only and was designed to inspire creative and innovative thinking, as well as to establish professional connections that should lead to more efficient e-services across the region.

The meeting was opened by CRTA and Metamorphosis who welcomed the guests and explained the purpose of the meeting. Bardhyl Jashari shared the inspiration behind the creation of the project and network ICEDA in line with Digital Agenda. He mentioned that the digital technologies are not used at full and people do not use the e-services very often. As all the partners are trying to bring in the citizen perspective in each public policy, tool or practice, it was more than important for them to join in their forces and commence a joint initiative where they would unite the civic sector, media, institutions and citizens, in jointly shaping and implementing the Digital Agenda. “When speaking about e-government services, the intention of public institutions is usually to generate revenue, not to make citizens’ lives better and easier. Through these dialogues we are trying to establish a firm ground for discussing the issues, and shaping the Digital Agenda at regional level, trying not to leave anyone behind. Events like these are the perfect opportunities to contribute to this digital transformation process.” – he added. 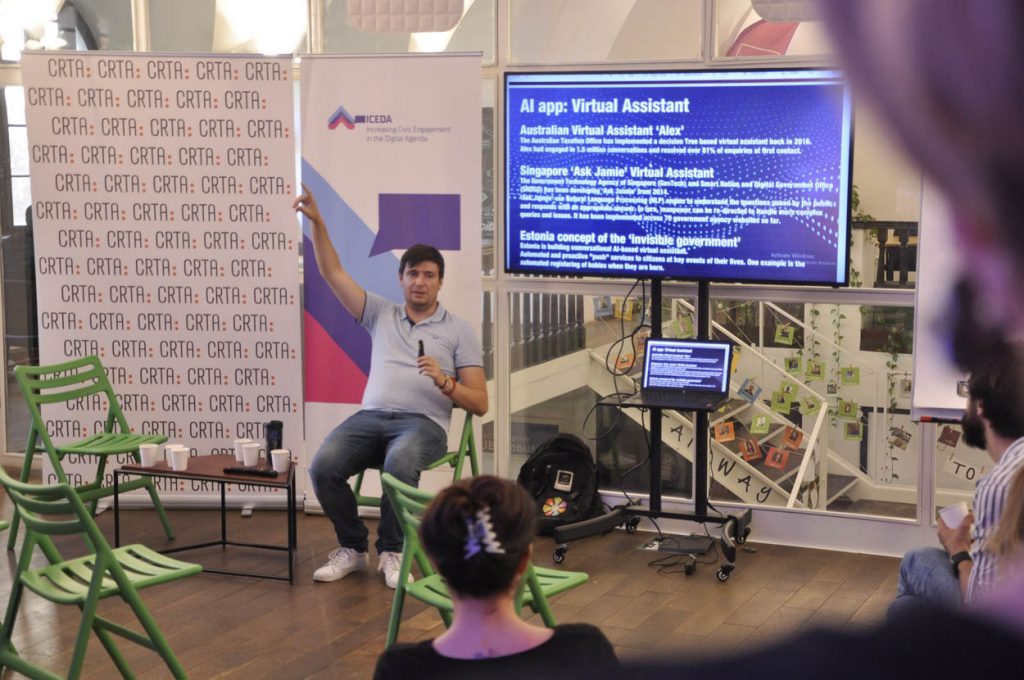 The meeting proceeded with an extensive presentation by Aleksandar Linc from Data Science Serbia who was part of the Working Group on the Artificial Intelligence (AI) Strategy of Serbia 2020-2022 and also one of the founders of this initiative in front of the Government of Serbia. From his presentation the participants learned about the background of this initiative, the AI Strategy, AI applications in governments, and the role that key stakeholders play in its implementation. He shared that although the Strategy was done in 3 months time, it took them 2 months before that to create a working group as the institutions didn’t have people who understood the concept. On the question of which issues were most prominent when creating the Strategy, he shared that a challenge was reaching out from the CSOs to the institutions in order to create it, connecting with people who have the expertise, and he advised that in order to focus on something that can make a progress, we need to communicate and understand the problematics (company, media, CSOs, professionals). He shared that we as civic sector, institutions, business sector, etc. all have responsibility not only to our jobs that we get paid for, but also to the society, which is why it is important that we cooperate in such processes. However, he said, “we must be realistic from both sides (CSOs and governments), as it often happens that both lack the expertise or there are difficulties in implementation which should be noted in the beginning. He also talked about ethics and safe application of AI as a crucial issue, as data can sometimes be unfair and it can ruin peoples’ lives if used against us. He warned that it should be morally used by all sides, as the consequences can be grave.

Aleksandar also presented the COVID-19 Immunization process and application in Serbia, as the most successful example in the Western Balkan region, which spurred a lot of discussion among the people present. He highlighted that the immunization registration on the website was short and easy, in order for anyone to understand the process, and a choice was provided to people when it comes to which vaccine they would like to receive. 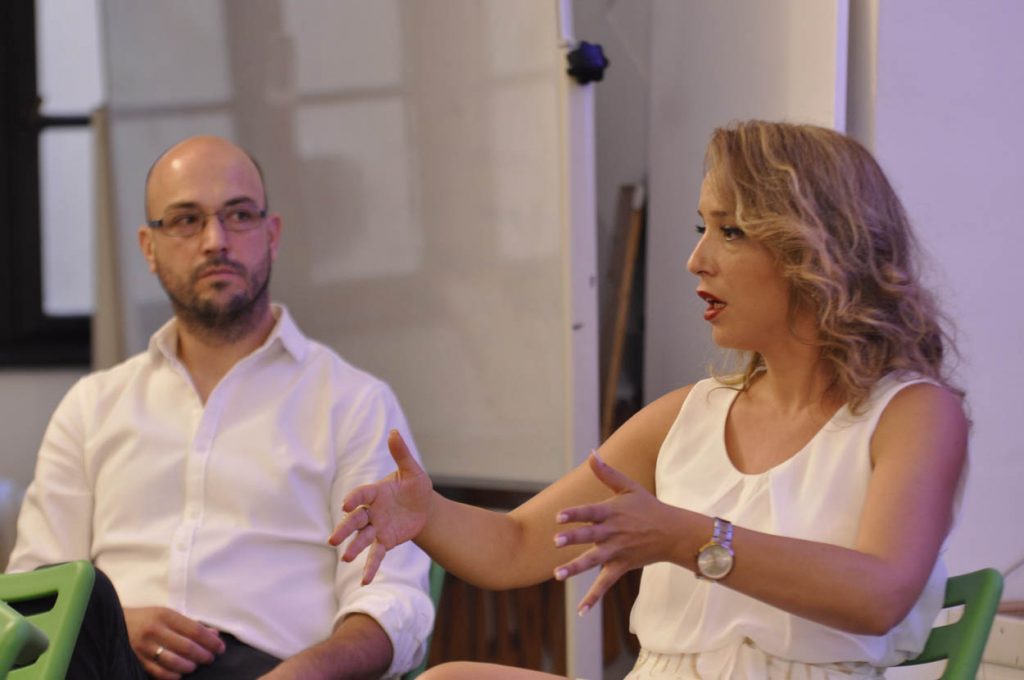 While some of the participants shared that they replicated the Serbian example, representatives from Montenegro shared that they made it simpler for usage, exempting the space for providing people with the choice of vaccination. Aleksandar stated that giving people the choice is the foundation for democracy, and that the country is responsible for their citizens which is why including this aspect was a must. Representatives from Kosovo who have had extensive experience in this area shared that a key component of the e-services that they have developed was reducing the need for physical fillings of documents. In other countries in the Western Balkans, people had to print out, fill in and sign a consent form for receiving the application. 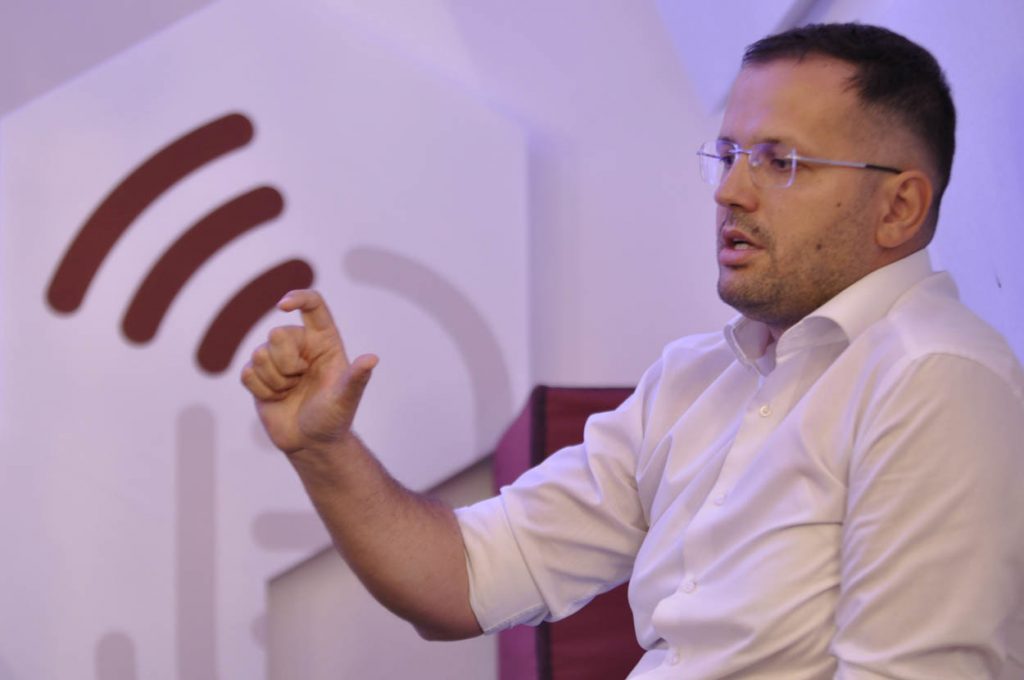 Upon the question on the priority logic of algorithms behind each of the countries’ vaccination application, all of the institutions agreed that age and chronical diseases played a crucial role in it. Zaklina Cagorska reckoned that they started lowering the age limit after all of the interested people from higher age categories and those with health issues were vaccinated, from next week opening all the vaccination fronts for anyone without any obligation for prior registration on the application. She shared that they are currently struggling on how to reach all of the citizens who were not immunized in order to get vaccinated, but at the same time to attain to the data privacy protocols. She mentioned that they are reviewing several options, among which also sending invites via e-mails and phone messages, but as this is a matter of privacy they are in coordination with the Agency for Data Protection. She pointed out that it is of high importance that all people get vaccinated in order to get immunity and preserve their health, but she also stressed the importance of following the data protection rules. 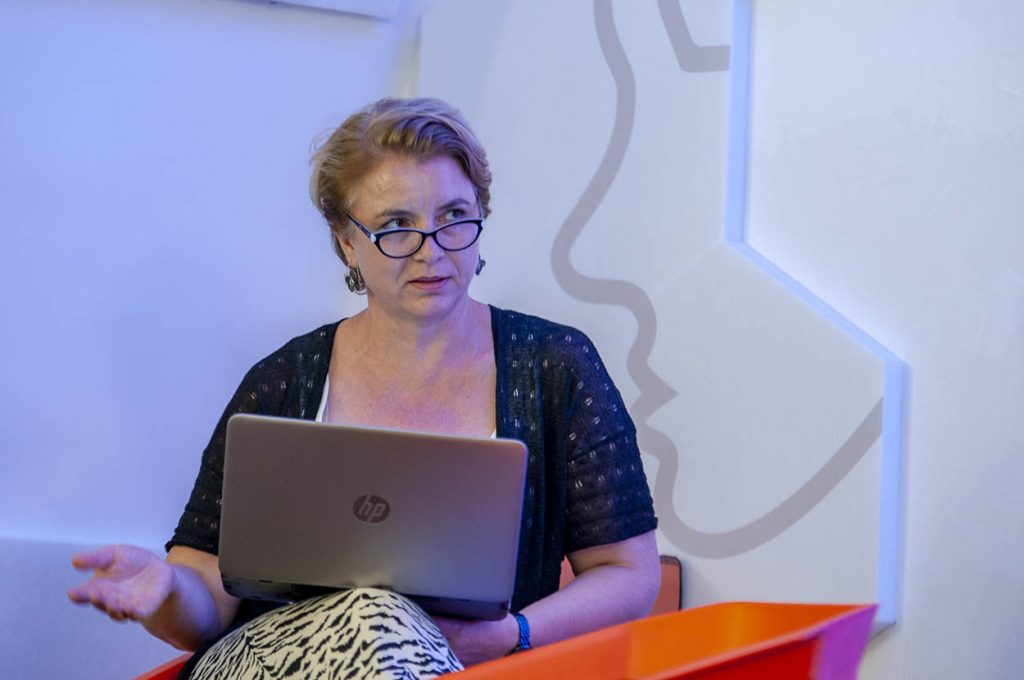 The discussion was followed by a demonstration on several AI applications, such as the government virtual assistants (engines designed to understand the questions posed by the public and to respond with an appropriate answer) in Austria, Singapore and Estonia, and the Taxation office fraud detection (collaboration with faculty of tech sciences & tax service). The meeting ended with the participants reflecting on their own practices and thinking on what they could replicate in their own countries from the positive examples they learned. 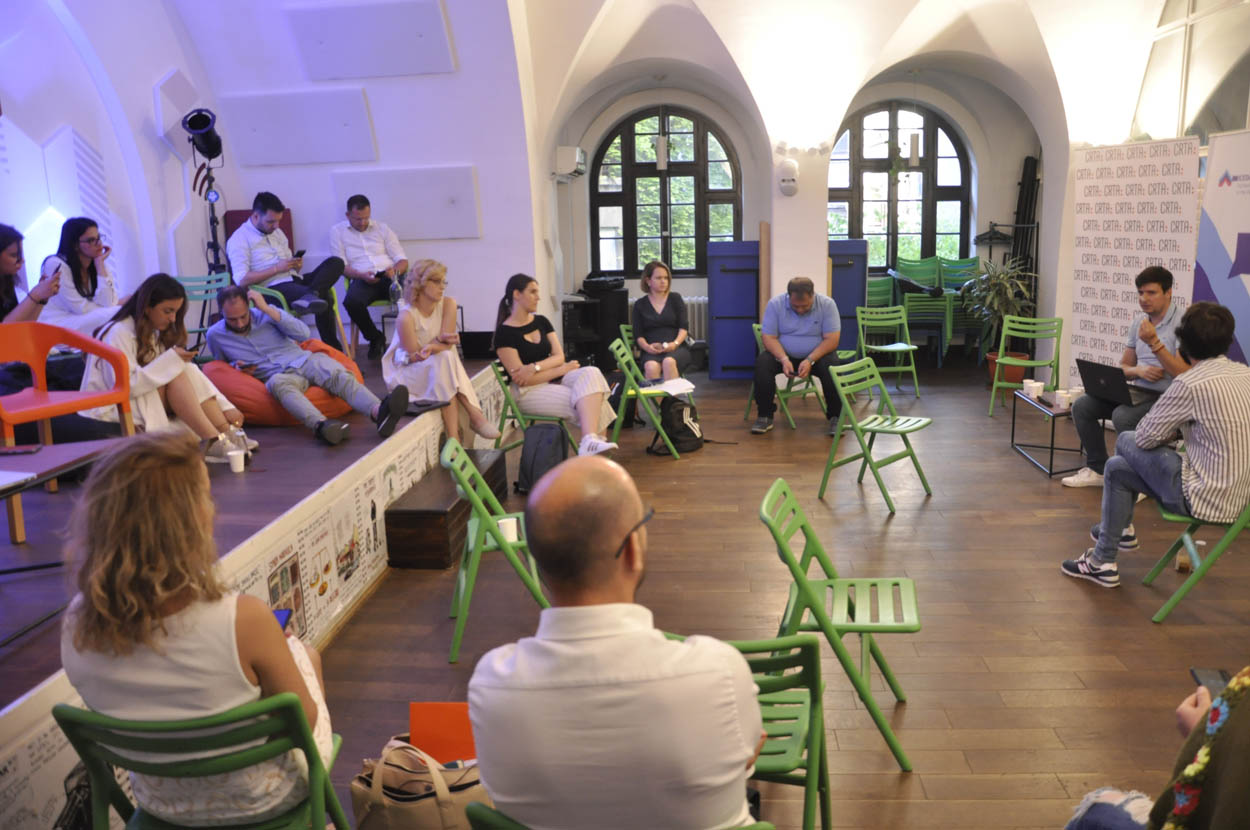