Today, the Advisory Group of Experts (AGE) of the project Increasing Civic Engagement in the Digital Agenda – ICEDA, co-funded by the European Union, met online with the ICEDA partners in order to hear about the achievements of the project and network, and their strategy until the end of the project. The obtained achievements from all three years in project implementation were also discussed, as well as the challenges that the project team and network have faced. Information about the first meeting and the purpose of the AGE can be found here. 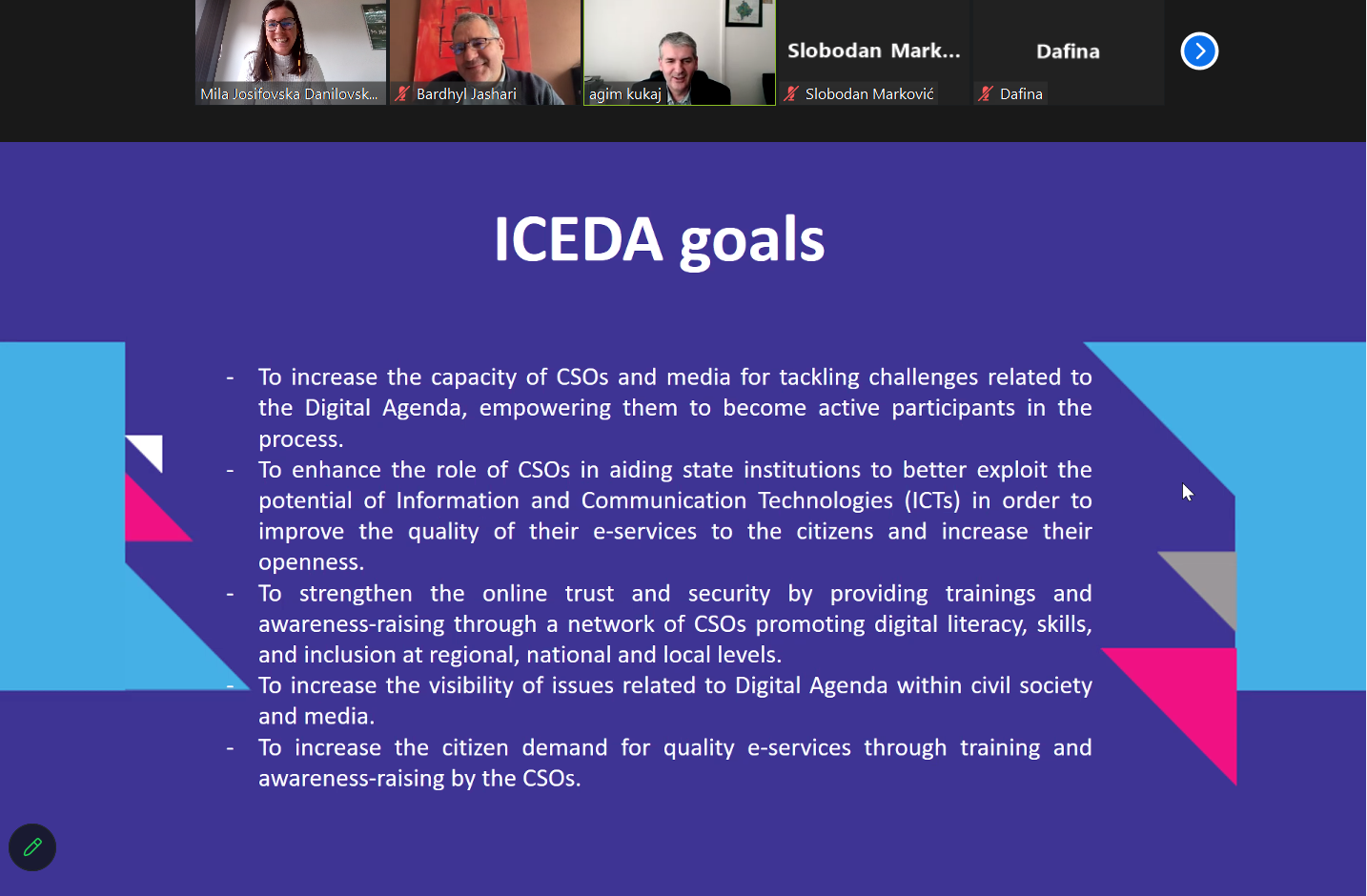 The meeting was attended by the project team from the 5 targeted Western Balkan countries, members of the Steering Committee and the AGE members. The AGE is composed of 5 members from WB institutions, the majority of which were present at the meeting or represented by their deputies, namely: Mr. Agim Kukaj, Ministry of Economy (Kosovo), Ms. Drita Murtezani, Special ICT Advisor at the Ministry of Information Society and Administration (North Macedonia), Ms. Jona Haderi, National Agency for Information and Society (Albania), Mr. Slobodan Marković, Digital advisor at UNDP Serbia (Serbia), and Ms. Bojana Bajic, Ministry of Finance (Montenegro). The members were selected based on their specialist knowledge, ability to represent the interests of the co-applicants and ability to help resolve issues the project may face. When determining the membership of the AGE, gender balance, geographical distribution and user representation was paid attention to.

The meeting was opened by Bardhyl Jashari, Executive director of Metamorphosis Foundation as the leading partner in the ICEDA project, who noted that the project implementation was both challenging, and successful. The main challenge noted was considering the COVID-19 occurring at the very beginning of the project, however, for the most part of this project, the set goals were achieved accordingly. With the input from the AGE members as requested during this meeting, additional recommendations were foreseen to be gathered in order to move forward to fill in the gaps of the project which can be improved in order to attain impactful results. 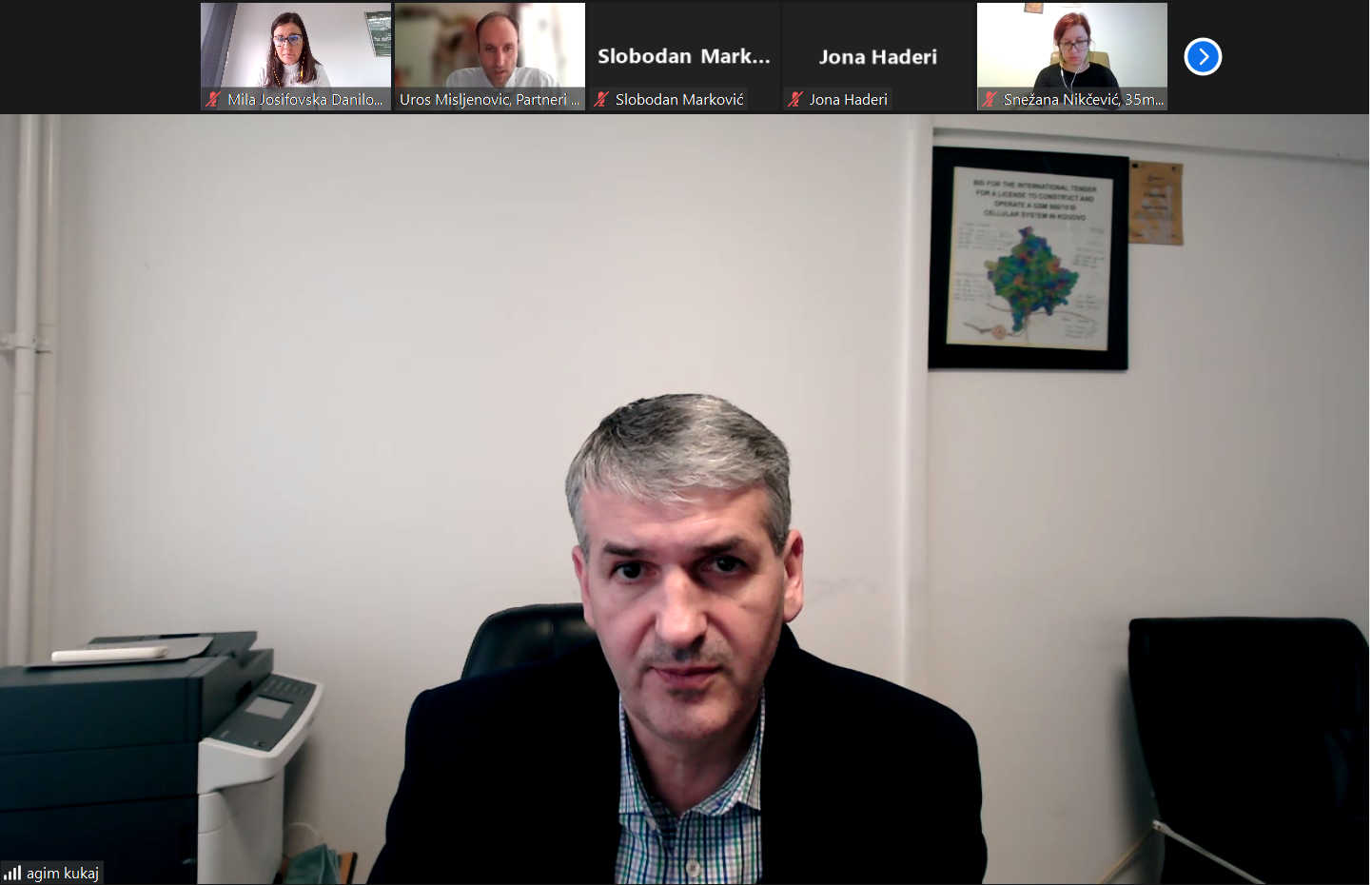 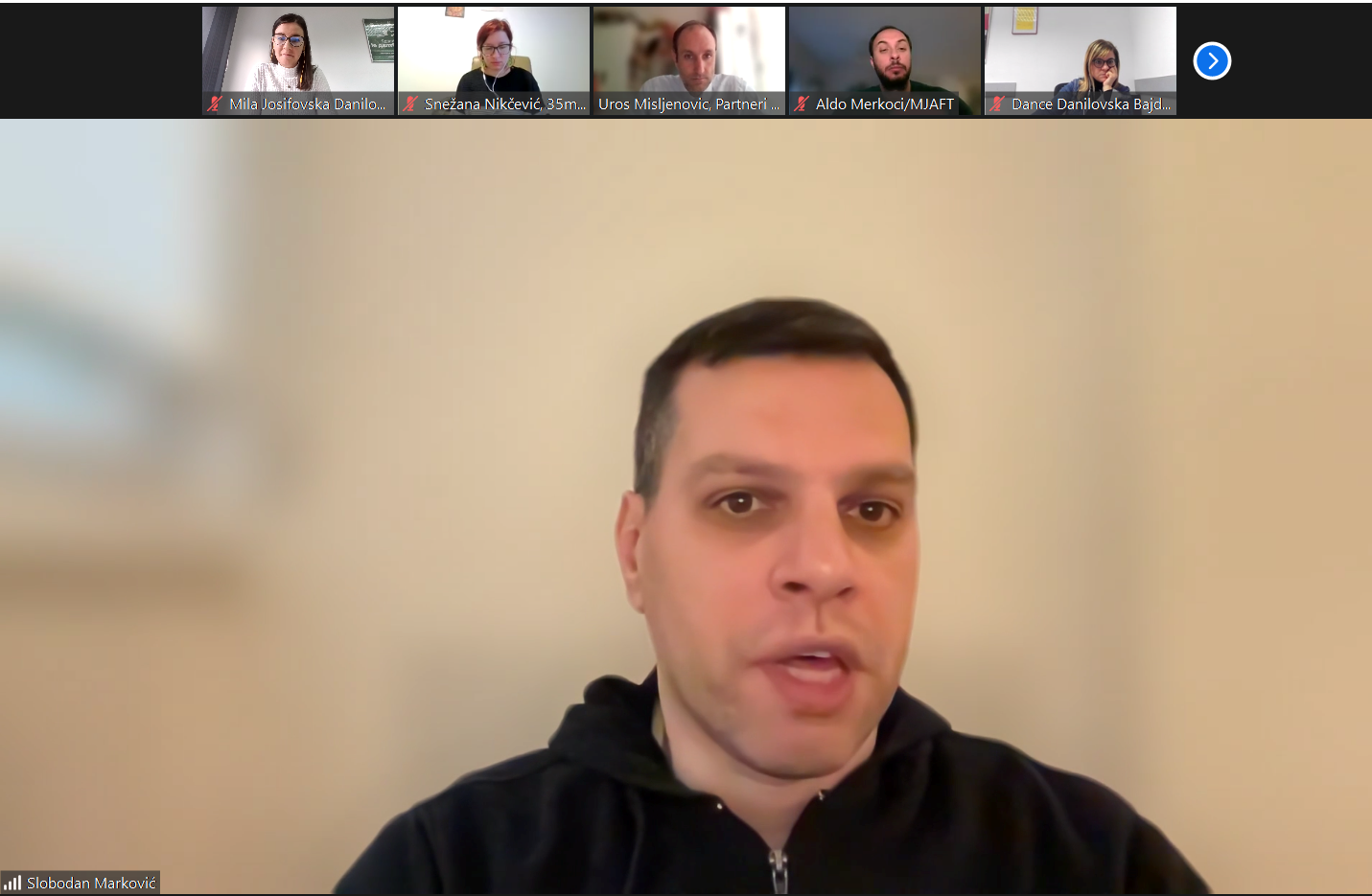 Following a productive discussion at the meeting, the AGE members acknowledged the importance of this initiative and it’s achievements, emphasizing the importance of its continuation with the focus on strengthening the cooperation between the institutions and CSOs, and continuing the capacity building of the citizens, media, public administration, etc. on relevant topics related to the digital transformation.

As the partners shared, as part of the no-cost extension period, the project will continue to implement its public education campaign through creation and dissemination of educational and informative audio-visual items but also texts in all the WB languages. Among the key activities within the no-cost extension, there are also going to be additional webinars, DDAs, and a final conference that will occur in April 2023, in Skopje, where all the stakeholders of the ICEDA project will be invited. 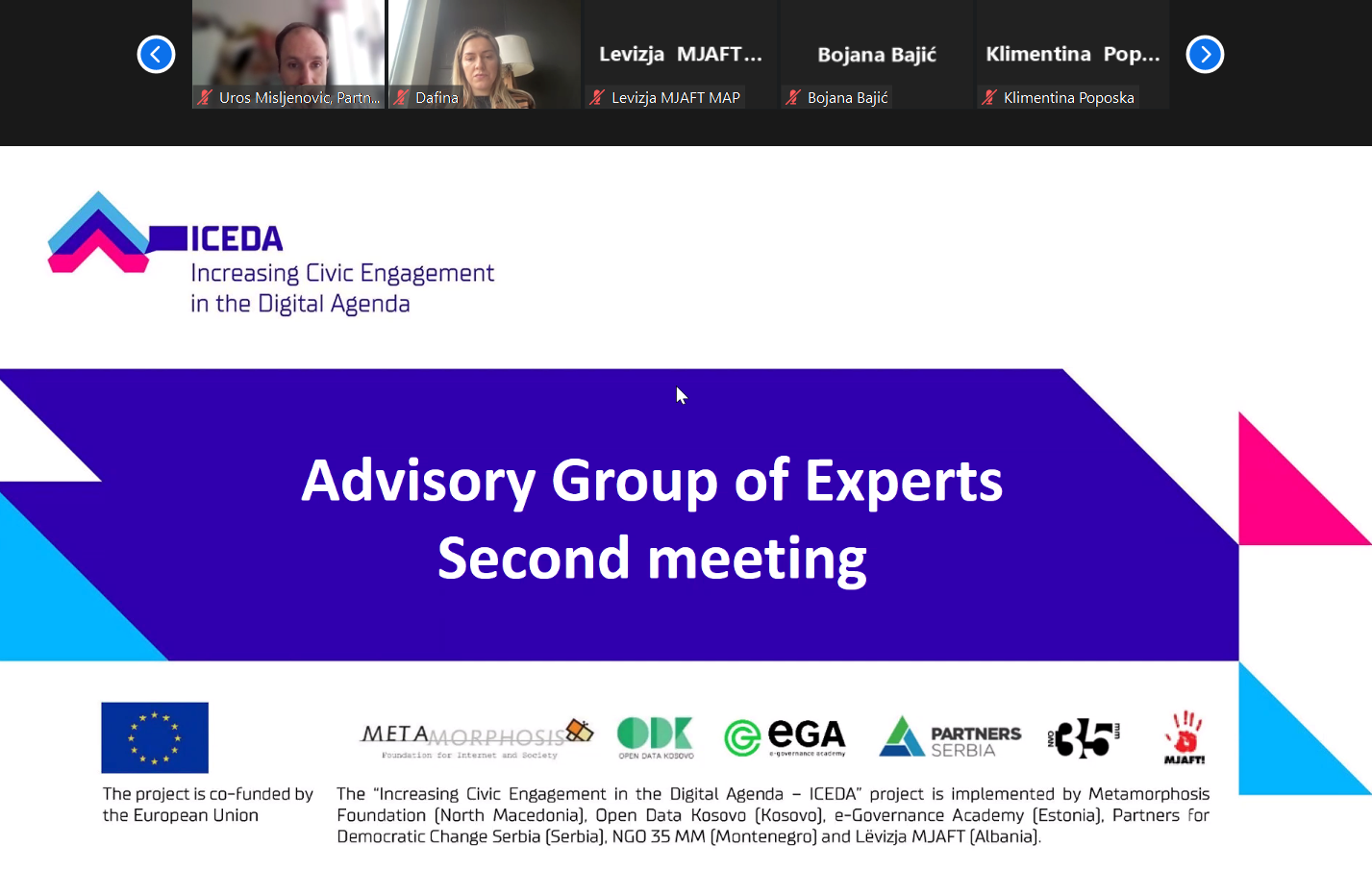