Three-day training held with representatives of CSOs and media

In the period from 11 to 13 December 2019, a three-day training for grantees was held at Hotel Park & Spa, Skopje, within the project “Critical Thinking for Mediawise Citizens – CriThink”.

The training was attended by representatives of 11 CSOs and 10 media that are part of the second grant scheme of the project, implemented in the period from October 2019 to March 2020.

On the first day of the training, the grantees had the opportunity to learn more about the basics of project cycle management, developing a monitoring and evaluation plan as well as networking opportunities through the Media Literacy Network. On the second day, the focus was on communications and visibility, as well as enhancing grantees’ knowledge on the following topics: critical thinking as the basis for media literacy, the role and functions of media in society, use of fact-checking methodology, freedom of expression as opposed to hate speech, etc.

The third working day was foreseen for policy development, social media development as well as methods for promoting cooperation between CSOs and the media. 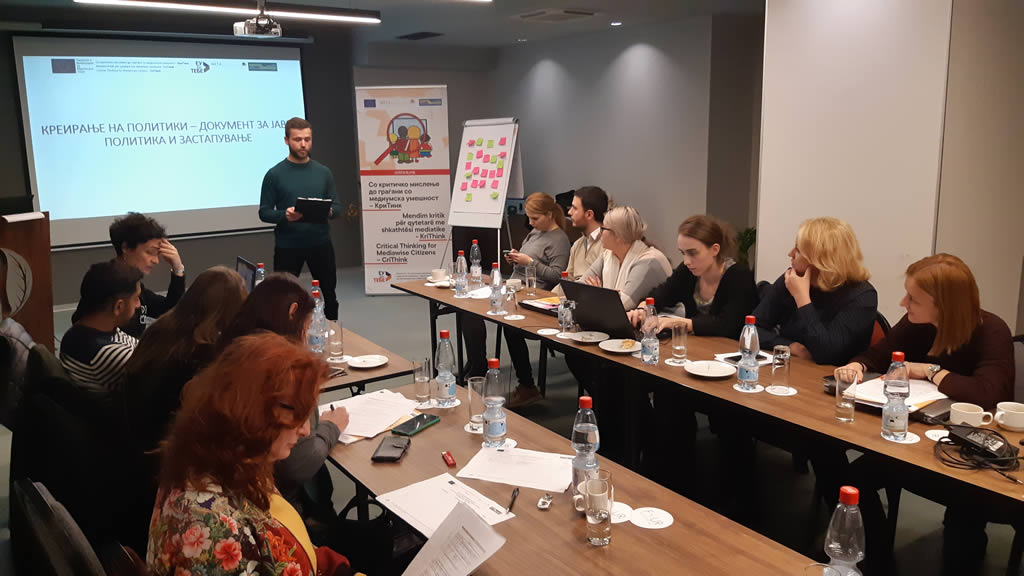 In addition to project team representatives, Emilija Petreska Kamenjarova from the Agency for Audio and Audiovisual Media Services (AVMS) contributed to the training, referring to the work of the Media Literacy Network, as well as Biljana Gjoneska from the Macedonian Academy of Sciences and Arts, which more fundamentally explained the link between critical thinking and media literacy.

Educational and instructional materials on all content covered by the training and the “CriThink” project are publicly available within the e-Library of the website which serves as a resource center, as well as in the form of educational and analytical articles. Among them is the non-formal education manual entitled “Through critical thinking to disclosure of misinformation”, available in Macedonian and Albanian (PDF). 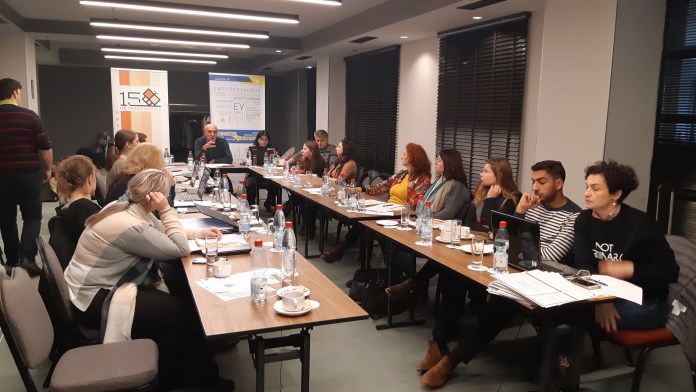